Pakistan's politics has not seen a dull moment. Corruption has been like a child's play for politicians and ones in power and Accountability authorities provide them a way out with 'Plea Bargain'. Imran Khan's government has given prime importance to catching the corrupt and for that matter, they have empowered the NAB. 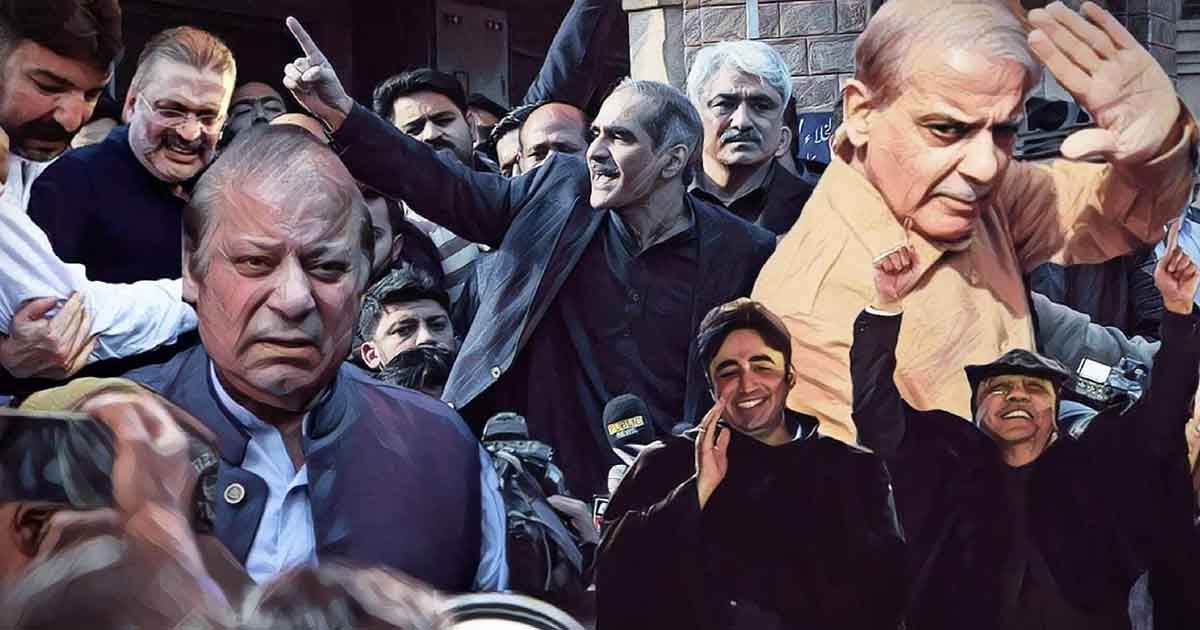 Over the decades corruption has become deeply entrenched in the institutions of the state and in the business of fighting corruption, it is one of the most important objectives of the current PTI government. Corruption has damaged the Pakistani state, its social fabric, its economy, and its national security.

Fighting corruption, therefore, remains one of the central challenges that our government is facing. This extremely difficult task has been tried by previous governments but with scant success.

Corruption is a form of dishonesty or criminal activity undertaken by a person or organization entrusted with a position of authority, often to acquire illicit benefit, or, abuse of entrusted power for one’s private gain, is corruption only a Pakistani problem only? All societies and countries in the world are suffering from corruption because of the greed that is engrained in human character. Greed is the need to provide for oneself and close relatives to the exclusion and detriment of the rest of society has been a means of survival in desperate situations but it is balanced by the greater good that compassion and equity provide for society.

All religions castigate greed as a sin against humanity and preach to care for others who are weak and share one’s belongings with them. But in a society where people are judged according to what property they own or what they wear and what care they drive it seems to many that what they earn by honest work is not enough to quench the thirst for ‘more’.

Tax evaders or embezzlers of public money have paid a certain amount that was rather a token than the original amount of embezzlement and white-washed themselves.

The adverse outfall of corruption is ignored by most of those who enrich themselves on public money or goods. One of the main reasons for the poor performance of the Pakistani state is that many of those who run it consider it a self-serving shop from where they can freely fill their pockets, cheat the state of taxes and other dues. As a country Pakistan is not poor, it has multiple resources included the most precious: its people.

But instead of creating jobs for them by developing industry and agriculture, educating them to be able to contribute and earn money and care for their health so that the effort put into their upbringing, housing and that education is not wasted the means for fulfilling these tasks have been plundered by individuals who had the power to do so and no qualms.

Pakistan’s first anti-corruption organization, the Ehtesab Cell (EC), was established by the November 1996 Ehtesab Ordinance promulgated by the caretaker government of Prime Minister Malik Meraj Khalid, and then operated under the elected government of Nawaz Sharif, who passed the Ehtesab Act, 1997. In November 1999, it was transformed by the National Accountability Ordinance into the National Accountability Bureau (NAB), and Gen Musharraf’s government proclaimed that his government would subject politicians and administrators to “ruthless” accountability.

Successive PPP and PML(N) governments have used NAB to fight corruption, mainly among their respective political enemies as a means for political victimization. This discredited the institution of NAB. Even the present Chief Justice of Pakistan (CJP), Asif Khosa, has commented on this perception. The CJP could help by convicting those who were clearly lying through their teeth for perjury.

About an inherited image is haunting the current government and it will not be easy to prove that from now onwards across the bar accountability will be pursued. Corruption has been so deeply entrenched over the years that it is almost impossible to find out the channels by which the perpetrators have been acting. Those who condoned corrupt practices thing are reluctant to admit it for fear of punishment.

Case in point is that of former PM Nawaz Sharif, whose corruption was and is well-known but proving it conclusively in front of a court is much more difficult. The courts have not helped by giving extended dates of hearing. If he can do all this when he is out of power, it would have been impossible to indict him if he was in power. That was why he was made to resign for moral reasons rather than for hard evidence of criminal conduct.

In the investigating of thousands of cases, NAB needs help in all of them. Plea bargain has been a widely used method to make up for missing evidence. Tax evaders or embezzlers of public money have paid a certain amount that was rather a token than the original amount of embezzlement and white-washed themselves.

All cases against them were dropped and they became bona fide citizens again. In other cases some people became ‘approvers’ i.e. they helped to find channels of corruption and declared themselves to be ready to witness in court. For that, some of their own corruption cases were dropped or they were promised reward one way or the other in form of promotion in service, new posting or otherwise.

While the use of such methods is probably inevitable and using smaller crooks to catch the big ones may be reasonable there remains a problem. The problem is that even if it is a relatively smaller crook it remains a crook in the eyes of the people. People who have never done any wrong paid their taxes and acted honorably at all times will not understand how anyone can get away with a crime.

It is even less helpful when such people are ‘whitewashed’ by a plea bargain in court are promoted and allowed to take important seats in government institutions, bureaucracy parliament or a political party.

Very much noticed by the Pakistani public these undermine the creditability of the accountability effort. Would the crook turn around and become an honourable man or woman for that matter? This can hardly be expected. The public is not stupid, they know his track record.

Read more: A step in the right direction: NAB to focus on mega corruption cases only

Such a person would undermine the sanctity of positions and institutions and in the process the image of the government that allows such bargaining. They may be susceptible to bribery in the future and become even a national security risk. It is, therefore, the need of the hour to restrain people who have gotten into conflict with the law from taking important official positions elected or otherwise. Allowing a corrupt person to hold any office, public or political, gives a wrong perception of the process of democracy.