Pakistan and Uzbekistan: The silver jubilee of a good relation 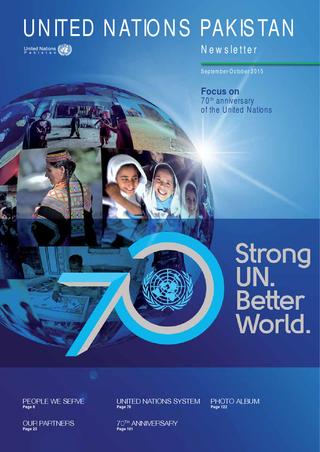 Pakistan and Uzbekistan have gradually strengthened their political, economic, cultural, and security relations during the last twenty-five years. The faith, cultural, and custom affinities with the people of Uzbekistan create an advantageous environment for Islamabad to cultivate better relations with Tashkent. Indeed, improving bilateral cooperation is in the national interests of both nations.

Pakistan immediately recognized Uzbekistan as an independent state on December 20, 1991. Both states established diplomatic relations on May 10, 1992.

Since the independence of Uzbekistan from the former Soviet Union in 1991, Islamabad has been endeavoring to nurture better relations with it. Importantly, Pakistan immediately recognized Uzbekistan as an independent state on December 20, 1991. Both states established diplomatic relations on May 10, 1992. To boost the bilateral relations with the newly independent Central Asian state, Prime Minister of Pakistan Muhammad Nawaz Sharif paid an official visit to Uzbekistan in June 1992. Subsequently, Uzbekistan President Islam Karimov visited Pakistan in August 1992. These high-level visits laid down the firm foundation of bilateral relations between Pakistan and Uzbekistan.

His Excellency Furqat Sidiqov, Ambassador of Uzbekistan, organized a roundtable discussion on “25 Years of Brotherly Uzbekistan-Pakistan Ties” at the Embassy premises on May 16, 2017. The objective of the roundtable was to review Pakistan-Uzbekistan relations and also identify new avenues for improving bilateral cooperation. The speakers, while critically examining both states’ bilateral relations, recommended for people to people cooperation, etc. Federal Minister of Food Security and Research Sikandar Hayat Khan Busan opined that Pakistan would benefit from Uzbeks’ good practices in agro machinery, processed food, dry fruits, fresh fruits, cotton, milk & its by-products. The participants concluded that improving cooperation would advantageous for both Pakistan and Uzbekistan.

Karachi and Gwadar seaports of Pakistan are very attractive for the Uzbeks traders because they offer shortest land route to Uzbekistan for access to the Arabian Sea. Uzbek businessmen can use these ports for reaching out to international markets.

Geographically Uzbekistan is located in the heart of Central Asia and at a major intersection of the Silk Road. It is a landlocked state. It is rich in natural resources but lacks access to the sea to channelize its products in the international market. Indeed, Karachi and Gwadar seaports of Pakistan are very attractive for the Uzbek traders because they offer the shortest land route to Uzbekistan for access to the Arabian Sea. Uzbek businessmen can use these ports for reaching out to international markets. Prime Minister Nawaz Sharif visited Tashkent on November 17-18, 2015. During the two days visit, both sides deliberated on various issues and also agreed on three agreements/protocols to raise the bilateral trade volume and deepen cooperation between the foreign affairs ministries of Pakistan and Uzbekistan. Premier Nawaz expressed his desire to connect Pakistan with the Uzbekistan markets not only through road links but also with the construction of railway track.

Presently, the bilateral trade volume is not impressive due to various reasons. It was reported that volume is nearly 25 million US dollars. The protracted asymmetrical warfare in Afghanistan hinders the road connectivity with Uzbekistan. Though the import and export of goods through Afghanistan takes lesser time and thereby is economical, yet the anarchical situation in the country discourages Uzbek and Pakistani traders to use the Afghanistan road connection. The China-Pakistan Economic Corridor would provide an alternative secure trade route to Uzbekistan to international markets. It connects it with both West Asia and South Asia. Therefore, The Government of Pakistan and Uzbekistan seems optimistic to raise bilateral trade volume from 25 million to 300 million US dollars in the next five years.

They are contributing positively in the economic progress of the country. The government of Pakistan also announced to establish special economic zones at the CPEC route.

Uzbek economy is on an upward trajectory. The Government of Uzbekistan established Special Economic Zones. They are contributing positively to the economic progress of the country. The government of Pakistan also announced to establish special economic zones at the CPEC route. The Pakistani business community could learn from the Uzbek’s experience about the Economic Zones establishment and functioning. The development of economic zones may attract Uzbeks investment.

Read more: Non-alignment of Pakistan is needed to survive the new Great Game

Recently, the Uzbekistan Airways has restarted its service from Lahore. The direct flights from Lahore to Tashkent not only shorten the flying time but also help in bringing businessmen and people closer. Notably, Uzbekistan is the tourism hub of Central Asia. Pakistanis could benefit from its tourism industry. In addition, Uzbekistan is a huge market for pharmaceuticals (medical, surgical and beauty products) industry of Pakistan. Uzbeks have been importing pharmaceuticals from Pakistan.

The transnational terrorist groups have been undermining Pakistan’s national security. The ruling elite of Pakistan and Uzbekistan is mindful of the reality that without cooperation combating the menace of transnational terrorism is impossible. Importantly, Islamic Movement of Uzbekistan (IMU) sanctuaries in Federal Administrative Tribal Areas were erased by the armed forces of Pakistan. Pakistan Army killed many Uzbek radicalized militants. Today, IMU is operating from Afghanistan. The sanctuaries of terrorist groups in Afghanistan are neither in the interest of Pakistan nor Uzbekistan. To conclude, Islamabad and Tashkent need to increase people-to-people contact and exchange of regular business missions to boost their economic cooperation. Moreover, it’s imperative for both states to collaborate in combating the menace of transnational terrorism and restoring peace and stability in Afghanistan.

How can Pakistan balance foreign loans with sustainable growth?

PML-N cannot remain in the name of a disqualified person: PAT tells ECP