Nakyva, who is also a former Finnish beauty Queen, shares her ordeal and praises the Pakistan army. She said that the Pakistan army "pilots are seriously the best in the world". Earlier French military awarded Pakistan Army Aviation for their professionalism. 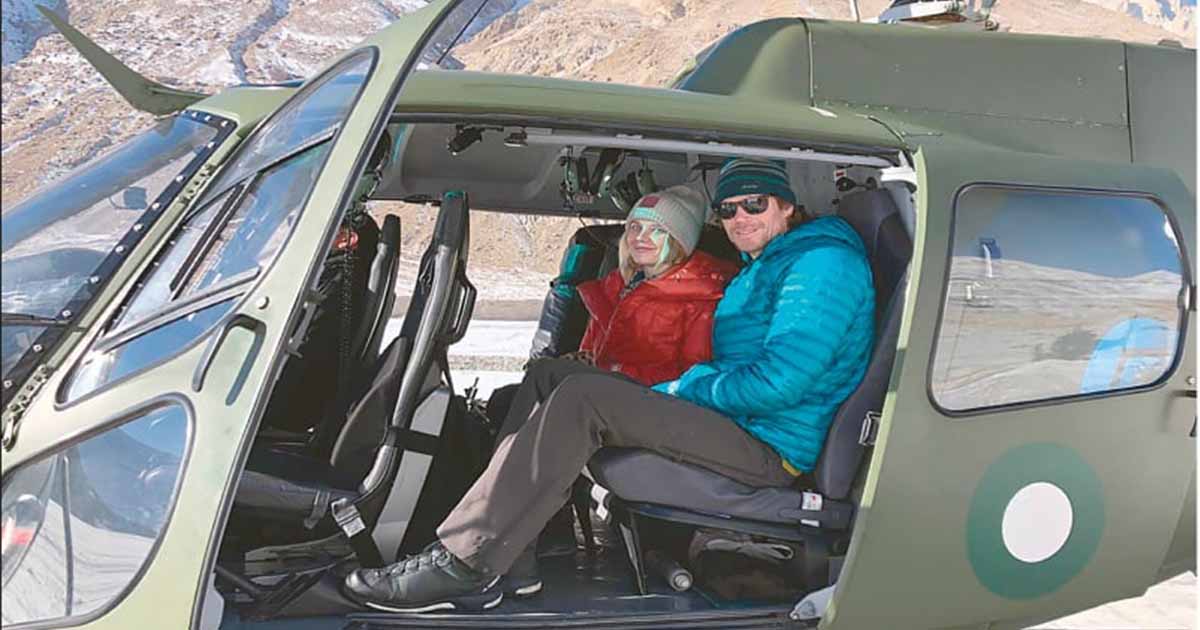 While using a helicopter, Pakistan Army rescued Canadian citizen Donald Allen Brownie and Finland citizen Ms. Lotta Henrikka Nakyva, who were stranded during the ascent due to altitude sickness, which is characterized by nausea, headache, dizziness, and exhaustion. The pictures released by the Pakistan Army showed that the climbers were unscathed and healthy.

The two climbers were part of the winter expedition to 26,000 feet or 8000 meters Broad Peak – the world’s 12th highest mountain. Nakyva, who is also a former Finnish beauty Queen in 2013, shared her ordeal in an Instagram post.

“We got caught in a storm. My right hand was going numb, along with my toes. I was frozen to my core. We kept on climbing until somewhere around 6600m when Don decided to set camp,” Nakyva wrote in an Instagram post.

“Long story short, we stayed there for 2 nights, all digits alive, COLD, we ran out of food, low on gas (dehydration), took a beating from some winds when coming down but eventually got down yesterday to basecamp,” she added.

While Pakistan Army claims the other climber is a US citizen, Alpine Club has confirmed that he is originally a Canadian citizen from Alberta.

Broad Peak is located in the Karakoram Ranger in the border area of India, China, and Pakistan. The Broad Peak is 6 miles (10 kilometers) from the world’s second-highest and deadly peak-K2.

A few days ago, Pakistan Army rescued two mountain climbers from Glasgow struck by an avalanche 19000ft up while scaling the Ultar Sar 23,239ft mountain near Hunza, when the weather turned out to be worse than forecasted. They were airlifted by the 5th Pakistan Army Aviation Squadron.

Pakistan Army has efficiently undertaken several rescue operations to save foreign and local climbers scaling some of the world’s deadliest summits in the north of Pakistan.

In January 2018, French climber Elizabeth Revol was rescued from a ‘killer mountain’ in extreme weather. According to ISPR, the Pakistan Army undertook the mission on the request of the French Embassy.

News Desk - 21 September 2021
Fitch Solutions has predicted Pakistan's GDP to grow by 4.2% in fiscal year 2022 in its latest report, up from 3.9 percent in the FY21. The credit rating agency noted the increase in vaccination rates in the country, while forecasting the burden of imports on growth.