Pakistan asks US not to see CPEC from the Indian lens 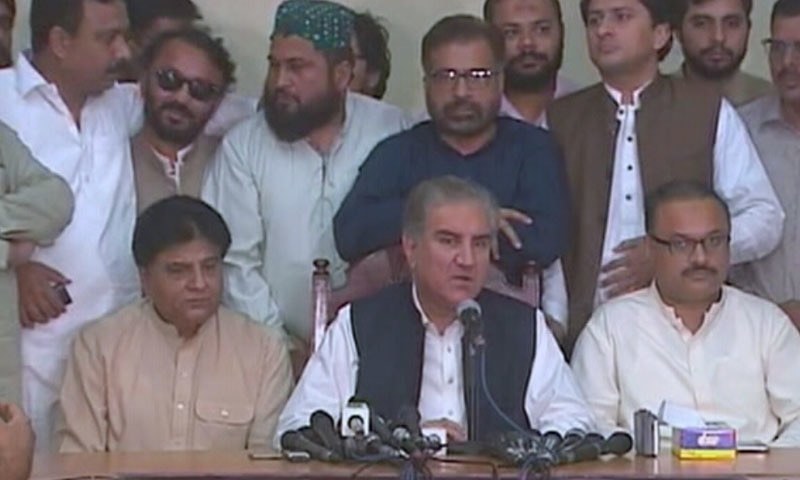 Interior Minister Ahsan Iqbal has stressed upon the US to stop looking at the China-Pakistan-Economic-Corridor (CPEC) from India’s perspective, for it is a project of economic connectivity for the benefit of all instead of a security arrangement to infringe sovereignty. He made these comments while delivering a keynote address at Johns Hopkins School of Advanced International Studies, Washington on Wednesday.

I think, the US should not look at CPEC from the Indian perspective, but as a source of peace, stability and prosperity in the region. CPEC can bring the much-needed stability to a region that has suffered from war for the last several decades,” Iqbal said days after Secretary of Defense James Mattis asserted that CPEC passes through the disputed territories in the northern areas of Pakistan. This is being seen as a visible support to India’s viewpoint on the project, something which pundits attribute to the festering Sino-US rivalry and the growing Indo-US ties in the region.

Iqbal, bringing his first-hand knowledge about the project due to his 4-year stint as minister for planning said that the concerns of the US are unfounded. He stressed: “It will benefit all and will provide a platform for bringing together South and Central Asian, Middle Eastern and African countries by physically joining them through an economic corridor.”

CPEC is not a conspiracy against anyone. It is not a security plan. It’s a plan for economic prosperity, which is bringing investment in the energy, infrastructure, and other key sectors

CPEC, being a linchpin for China’s One Belt, One Road (OBOR) initiative will provide a cheap conduit for China’s burgeoning trade, for it will link Kashgar with the Gwadar Port. Analysts and experts on the subject believe that OBOR will not only expand China’s power profile but will significantly reduce the US’ ability to inflict damage through the Strait of Malacca. Thus opposition to CPEC by bolstering its strategic partner in the region in India.

“CPEC is not a conspiracy against anyone. It is not a security plan. It’s a plan for economic prosperity, which is bringing investment in the energy, infrastructure, and other key sectors,” Iqbal said while responding to questions regarding “vulnerabilities” this project exposes the region to.

Read more: Why is India doing propaganda against CPEC?

The well-articulated Ahsan Iqbal said that the US must see and deal with Pakistan on its own merits without lumping it with other countries and regions. “Pakistan is also a sovereign nation. We have our own dignity and want others to respect that. If the US looks at the region from India’s perspective, it will harm the region and US interests too. So, it’s necessary that the US should view the situation from an independent perspective, not from someone else’s point of view,” Iqbal said.

Keen South Asia watchers are of the opinion that the region is poised for a battle of attrition between two blocs: China-Pakistan and India-USA.

Ties between the US and Pakistan have vitiated ever since the announcement of the new South Asia Policy but there has been a visible desire from both sides to remain engaged with each other. The conciliatory efforts started in the recently concluded session of the United Nations General Assembly(UNGA).

Read more: Why is US against CPEC?

However, the country’s strategic community has become increasingly apprehensive of the growing Indo-US defense ties; defense experts see the statement by General Mattis regarding CPEC as a vindication of their prognosis on the changing regional dynamics.

GVS approached ace Pakistani diplomat, Zafar Hilali to get his opinion on the ever-changing dynamics in South Asia. Bringing his wealth of experience in diplomacy and international relations into the mix, Mr. Hilali was critical of the growing Indo-US nexus.

He said:”The US has no intention of leaving Afghanistan. It means to embed itself in Afghanistan militarily. The five bases it has built in different parts of the country, two of which are near the Pak border, at a huge cost, are where it’s forces will stay. From these bases, US forces will sally out to bomb, drone and kill whoever they wish on one or other pretense.Talks with the Taliban are an eyewash, a ruse.”

The veteran diplomat who is well-known for his candid analyses said that Pakistan has to be on the ball as Indo-US-Israeli axis will be gunning for CPEC and the country’s nuclear weapons.”CPEC and Pakistan’s nuclear are the two main targets of the US-Indo-Israeli axis. Destabilising Pakistan, if Pakistan does not play ball, is how they hope to achieve both their aims. Work in this respect has already begun.Pakistan’s response should be clear to work with China, Iran, and Russia to counter US -Indo machinations.”

Keen South Asia watchers are of the opinion that the region is poised for a battle of attrition between two blocs: China-Pakistan and India-USA. They believe that opposition to the multi-billion project will increase in the coming days. Scholars, however, are more perturbed that the even otherwise hostile Indo-Pak ties could turn into a major conflagration because both countries are being bolstered by Beijing and Washington.