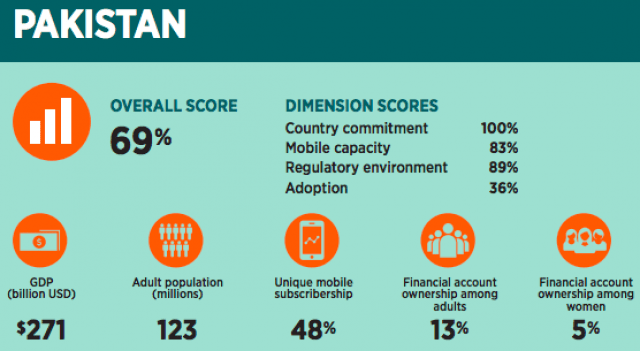 The State Bank of Pakistan (SBP) in its ‘Payment Systems Review’ for the financial year 2017-2018 has provided a statistical snapshot of the payment systems in the country, showing growth in various traditional and modern payment systems.

There were 1,094 locally registered e-Commerce Merchants having their merchant accounts in 8 banks as of the end of June 2018 showing limited boarding of e-Commerce merchants in the country

These transactions showed a significant YoY growth of 183.3 percent and 98.9 percent compared to the previous year. In addition to the above, domestically issued Debit, Credit and Pre-paid cards processed 6.8 million transactions of Rs. 39.7 billion on local and International e-Commerce merchants. In these e-Commerce transactions, Credit Cards has the highest share both in volume and value of transactions.

While no specific information has been provided on the number of users of these cards, the number of transactions processed through these cards has increased by 37.3 percent with total transactions, as on June 2018, having been reported at 34.4 million, at a value of Rs201.5 billion during the fiscal year 2018.

Agriculture loans in 2017/18 were 38.1 percent higher than the previous year’s disbursements of Rs704.5 billion, the State Bank of Pakistan (SBP)

Banks failed to achieve the FY18 agriculture credit target, however, the SBP said that the achievement of agri credit disbursement was a challenging task in the backdrop of various real side challenges like; water shortage, low production of maize and wheat, price volatility of agri produce and a high cost of production.

Fifteen domestic private banks as a group achieved 92.4 percent against the target of Rs200 billion, and five Islamic banks achieved 82 percent of their total target of Rs20 billion

In addition, SBP has taken various initiatives for promoting agri credit, including allocation of regional targets and continuous follow up with banks for the achievement of the targets. Further, farmer’s awareness programmes at the grassroots level have also helped in improving agri credit disbursement in underserved areas.

The analysis of agri credit disbursement during 2017/18 reveals that five major banks collectively disbursed agri loans of Rs523.9 billion or 101.5 percent of their annual target of Rs516 billion which is higher by 52.9 percent from Rs342.6 billion disbursed during the previous year.

Fifteen domestic private banks as a group achieved 92.4 percent against the target of Rs200 billion, and five Islamic banks achieved 82 percent of their total target of Rs20 billion. Further, the performance of microfinance banks and microfinance institutions remained encouraging. Collectively, these institutions surpassed their annual targets by disbursing Rs124.8 billion and 28.7 billion respectively to small farmers in 2017/18.

Toyota Corrolla out of reach: Indus motors jacks up prices for third time

IMF chief warns against complacency at this critical juncture