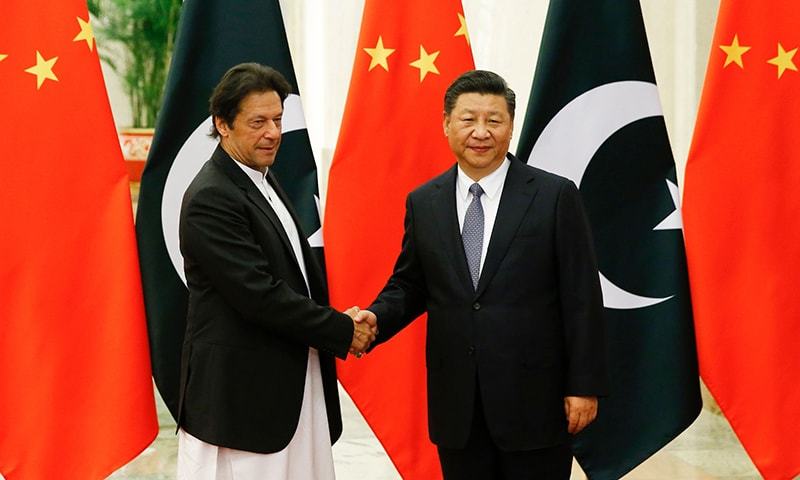 ‘Tie Ge Men’ (Real Iron Brothers); that is how the Pak-China friendship is described. Pakistan was the first non-communist country to recognize the People’s Republic of China and established full diplomatic relations on May 21, 1951. The relationship is now time tested. The liberation of China under Mao Tse Tung on October 1, 1949, transformed Asia with the slogan ‘East is Red’. Labour and student movements translated it as ‘Asia Surkh hai’ and adopted it.

It turned out to be a struggle between the retrogressive green and the progressive red. Chairman Mao Tse Tung was the undisputed leader of change of the 20th Century. We wore his caps and displayed his badges.

We, the progressive students of the sixties and seventies chanted ‘Surkh hai Surkh hai Asia Surk hai’. While the religious right students echoed ‘Sabz hai Sabz hai Asia Sabz hai’ (Asia is Green). It turned out to be a struggle between the retrogressive green and the progressive red. Chairman Mao Tse Tung was the undisputed leader of change of the 20th Century. We wore his caps and displayed his badges. In 1967, Zulfiqar Ali Bhutto (ZAB), impressed by the revolution launched his People’s Party as a progressive movement of the left. He introduced the concept of Islamic Socialism.

As true friends Pakistan and China helped each other. While Chinese Engineers helped in building the Heavy Mechanical Complex (HMC), Heavy Electrical Complex (HEC) and Heavy Foundry & Forge (HFF) at Taxila, Pakistan in return introduced Western technologies and their commercial approach to their Chinese friends.

There were regular visits and exchanges between the leadership of the two countries. Comrade Chou Enlai came to Lahore on a state visit where I had the honour of presenting him a bouquet of flowers.

The simplicity and austerity of socialism was replaced by the exploitative nature of capitalism where profit came before people.

In the nineties, the hard work paid off and China emerged as a major economic power. Under new leadership, the country opened up for international trade and investments. The simplicity and austerity of socialism was replaced by the exploitative nature of capitalism where profit came before people. As a young professional, my first project in Pakistan was the development of Saindak Copper-Gold Mines in Balochistan being built by the Chinese. In 1992, it was the largest undertaking with a budget of Rs16 billion. It was being built on turnkey basis. The Chinese contractors were required to complete and run the plant for a ninety day trial in 1995 and then hand it over to a trained local workforce; till today they are still there. The mined minerals are shipped to China for refining while Pakistan gets a meagre share, it is pure business not friendship.

Three mouths of mine coal fired power plants of 50 MW capacity each were installed at Lakhra which have not worked to their design capacity. There is a serious mismatch between the coal and the boiler design. This month, the Sahiwal coal fired plant of 660MW capacity came online and has raised several questions. Is the plant new or used? Who selected the site? How will the 1700 acres of prime agricultural land be used by the project?

China Pakistan Economic Corridor (CPEC) was first presented as a DFI (Direct Foreign Investment). Later, it was revealed that it was a loan to be paid back. Out of the ten energy projects under CPEC, six are coal based with technology coming from China. Earlier the Chinese loco motives imported by Pakistan Railways had serious performance problems.

While China supports us in the Nuclear Suppliers Group and the United Nations Security Council, we have allowed access to land and sea routes through our area.

It seems while our Chinese friends have grown we are still stuck in time. Old friendship has been replaced with business opportunities in which the bottom line has become important. It is now a friendship of common interests. While China supports us in the Nuclear Suppliers Group and the United Nations Security Council, we have allowed access to land and sea routes through our area. While the Chinese leadership carefully watches its interests our does not.

Despite opposition and challenges, China has followed its development course. It is the second largest economy of the world after USA. It has a trade surplus against all countries of the world including USA. The rise of China after the revolution is a miracle of the twentieth century. The mighty Soviet empire could not keep itself together and got dismembered. China has adopted the economic route to prosperity. It was able to settle its border disputes peacefully with its neighbours except for India when the two countries went to war in 1962.

Ideological interests are now secondary to commercial advantage. The World Bank and IMF were once blamed for inflicting poverty in the world by funding irrelevant and non-productive projects.

Since 1977, Pakistan has been in turmoil due to internal conflicts and external adventures. Nation building is on no one’s agenda. Our political leadership negotiates on the basis of personal gains, not the nation’s well-being. While Beijing is being cleansed of coal based power generation, Lahore is being polluted. It clearly indicates business interests not friendship as it used to be in the Peoples Republic under comrades. Ideological interests are now secondary to commercial advantage. The World Bank and IMF were once blamed for inflicting poverty in the world by funding irrelevant and non-productive projects. Only Chinese Banks are willing to fund coal fired plants based on obsolete technologies which lack long term sustainability. How will an already dysfunctional country like Pakistan be able to pay back these loans?

The era of comraderies is over in both the countries. In China, they now watch their bottom line while in Pakistan, only myopic self-interests are considered. There are no more comrades in the political arena. Pains are only for personal gains, without transparency in agreements which are based on mutual business interests, the friendship can suffer. It should be a wakeup call for both sides.