“Pakistan recognizes Saudi efforts in this regard and expresses solidarity with the Kingdom of Saudi Arabia,” said a Foreign Office spokesperson. 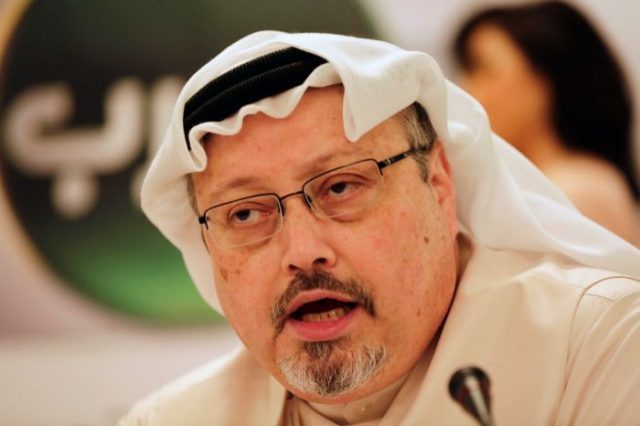 Pakistan on Saturday recognizing Saudi Arabia’s efforts and measures to ensure the conviction and sentencing of the individuals responsible for the murder of Jamal Khashoggi, expressed solidarity with the Kingdom of Saudi Arabia.

“We have taken note of the public release of the U.S. Administration’s declassified intelligence report, containing its “assessment” on the killing of Jamal Khashoggi.”

“We have also noted that the Saudi government termed Jamal Khashoggi’s murder as an “abhorrent crime” and a “flagrant violation of the Kingdom’s laws and values,” Foreign Office Spokesperson Zahid Hafeez Chaudhri said in a statement issued here.

The Saudi government has further underlined that it took all possible measures within its legal system to ensure that the individuals responsible were properly investigated, convicted, and sentenced and that justice was served, the spokesperson mentioned.

“Pakistan recognizes Saudi efforts in this regard and expresses solidarity with the Kingdom of Saudi Arabia,” he added.

“Pakistan underscores adherence to the rule of law, respect for national sovereignty, and protection and promotion of human rights by all states, in accordance with their respective Constitutional frameworks and international obligations,” the spokesperson maintained.

The prince, who is de facto ruler of the US ally and oil provider, “approved an operation in Istanbul, Turkey to capture or kill Saudi journalist Jamal Khashoggi,” said an intelligence report newly declassified by President Joe Biden’s administration.

The report said that given Prince Mohammed’s influence, it was “highly unlikely” that the 2018 murder could have taken place without his green light. The killing also fit a pattern of “the crown prince’s support for using violent measures to silence dissidents abroad.”

Khashoggi, a US resident, and critic of Prince Mohammed who wrote for The Washington Post was lured to Istanbul’s Saudi consulate in October 2018, then killed and cut into pieces.

It is Yasmeen vs Kulsoom in NA-120

Stand Up, Speak Out