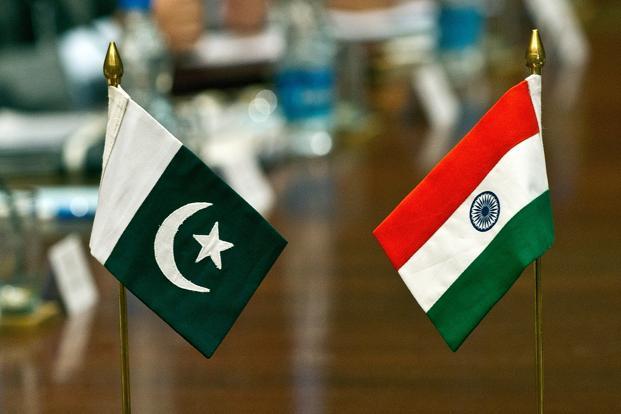 Pakistan has encountered grave internal and external security challenges since its birth. Its adversaries, particularly India,  endeavored to realize their malicious designs through various illegal and inhuman methods.

Premier Narendra Modi has openly expressed his earnest desire to ‘isolate Pakistan’. His Hindu fundamentalist associates in the cabinet have been hatching conspiracies to bleed Pakistan. Nevertheless, the people of Pakistan and their friends courageously defy the evil designs of the Indian ruling elite.

Premier Modi swore that India would isolate Pakistan through a global campaign on September 24, 2016. He stated: “We will isolate you. I will work for that.” He added: “We will intensify it (our efforts) and force you to be alone all over the world.”

Subsequently, New Delhi unleashed appalling propaganda against Pakistan at the regional and international forums. Being a host country of 8th BRICS Summit (October 2016) and 6th Heart of Asia (December 2016) conference, India attempted to malign and isolate Pakistan. However, New Delhi failed to convince the participants of both the Summit and the Conference.

Read more: How should Pakistan Respond to Regional Hybrid War against it? Russian Analyst

The failure of maligning campaign enraged the Indian ruling elite. New Delhi sabotaged the 19th South Asian Association for Regional Cooperation’s summit planned to be held in November 2016 in Islamabad. Bangladesh, Bhutan and Afghanistan on the behest of India decided to not participate the SAARC summit. The cancellation of SAARC Summit did not only disappoint the host country, but also exposed the regional bully.

Instead of wasting its time on India and its criminal schemes, the Government of Pakistan continues focusing on its other significant diplomatic ventures.The Government of Pakistan decided to hold three mega events in the beginning of 2017—multinational Naval Exercise ‘AMAN’-17 at the North Arabian Sea; Economic Cooperation Organization Summit in Islamabad; and Pakistan Super League 2017 final cricket match in Lahore.

The successful holding of these events, certainly, rout Prime Minister Modi’s pronounced policy to isolate Pakistan. In addition, it underscores that Pakistan is safe country for sports and foreign direct investment.

The theme of the exercise, i.e. “Together for Peace” was very impressive and thereby well received globally. Consequently, the leading Naval powers, including United States, Russian Federation, United Kingdom, China participated in the naval exercise.

The large number of participating nations in the Exercise AMAN-17 demonstrated that international community desires to work closely with Pakistan instead paying any attention to the unsubstantiated denunciation of India. It also manifests the pivotal role of Pakistan in maintaining order, peace and stability as well as prevention of terrorism and piracy at North Arabian Sea.

The failure of India’s systematic diplomatic and propaganda campaign to isolate Pakistan inflamed Premier Modi and his extremist associates. They targeted innocent people of Pakistan with the collusion of their Afghan allies. In February 2017, RAW conducted bloody terrorist attacks in Awaran, Quetta, Mohmand, Lahore, Peshawar and Sehwan.

On February 17, 2017 the ISPR spokesman stated: “Recent terrorist acts are being executed on directions from hostile powers and from sanctuaries in Afghanistan. We shall defend and respond.” The primary objective of these terrorist attacks was to terrorize both the people and Government of Pakistan.

Read more: Will ECO be another game changer for Pakistan?

The Government of Pakistan did not succumb to the enemies of the people of Pakistan. It took bold initiatives and convened the13th Economic Cooperation Organization (ECO) Summit on March 13, 2017. The theme of the summit was “Connectivity for Regional Prosperity.” The number of participating states was very encouraging. Importantly, all ECO members attended the summit. Eight states were represented at head of the state or government level.

Perhaps, the 13th ECO summit in Islamabad dissipated the negative rhetoric about country’s isolation, which had been fiercely propagated by New Delhi since September 2016.

PSL was held in March

It demonstrated the valor of the people of Pakistan and sent a clear message that they have resilience to encounter enemies. To conclude, the preceding discussion proves that neither India is able to isolate Pakistan in the community of nations nor terrorist groups are capable to terrorize the people of Pakistan.

Previous articlePakistan & Afghanistan: Victims of each other?
Next articleIs sugar really addictive?

22 June 2021
Previous articlePakistan & Afghanistan: Victims of each other?
Next articleIs sugar really addictive?

In South Sudan, illness is as deadly as war

How will a swap agreement between Turkey and Qatar benefit Ankara?

BrahMos at Pakistani border: Another false flag attack in making

Moscow tells US Secretary Tillerson not to strike Syria again