The Defence Day assumed special significance this year as it was celebrated in solidarity with Kashmiri brothers and sisters for the first time in Dushanbe, Tajikistan, after the opening of Defence Wing in Pakistan embassy last year. 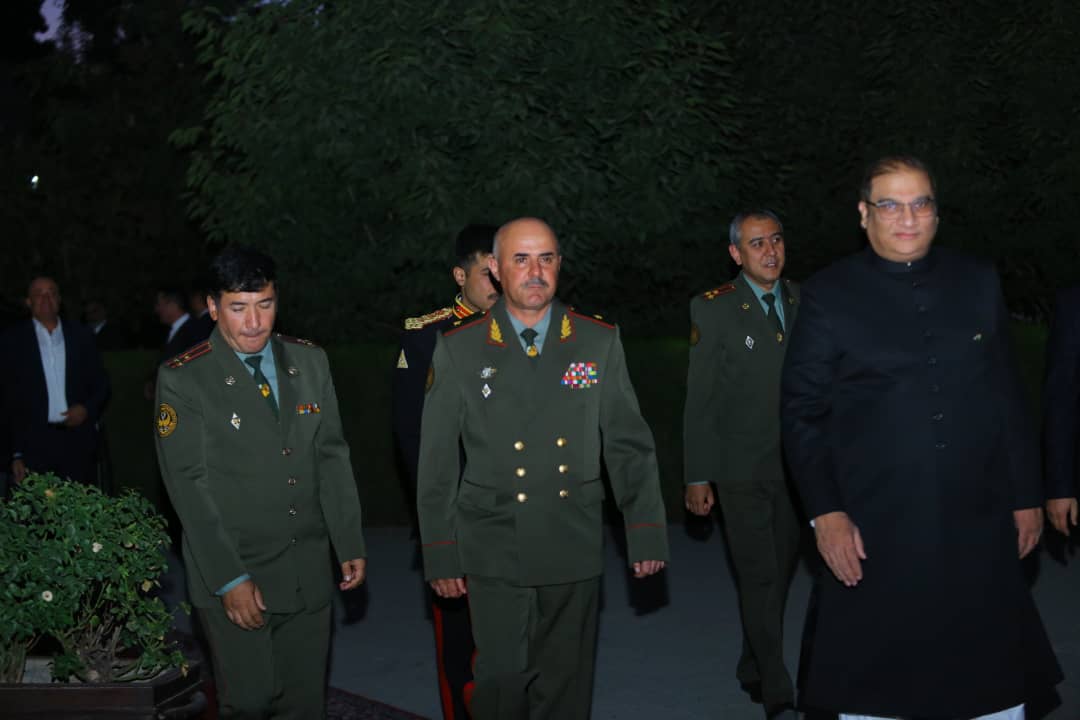 In his address, the ambassador highlighted the significance of the day and paid rich tributes to the sacrifices of the armed forces, law enforcement personnel and Pakistani citizens who sacrificed their lives to preserve peace, security and stability of Pakistan.

Pakistan has serious concerns about Indian divisionary tactics, escalation at the LoC and the Working Boundary and the possibility of a false flag operation

Ambassador Haider paid homage to the armed forces of the country, who fought valiantly in 1965 War. “Nation is indebted to them and salutes their valor and bravery,” Haider said. While referring to the scourge of terrorism, he said, Pakistan was fighting terrorism and extremism and was determined to secure peace in the region.

He said that the armed forces of Pakistan have become a formidable force to safeguard Pakistan’s national interest and counter threats to the national security, adding that Pakistan has also contributed significantly in global campaigns against terrorism and peacekeeping efforts.

While referring to Kashmir, Ambassador Haider sensitized the audience about the critical situation prevailing in the Indian Occupied Jammu & Kashmir and the ongoing atrocities and repression perpetrated by the Indian forces.

He said that the illegal and unilateral actions of India in early August to alter the disputed status of Jammu & Kashmir constitute violations of the UN Charter, relevant UNSC resolutions, international law and India’s own commitment. 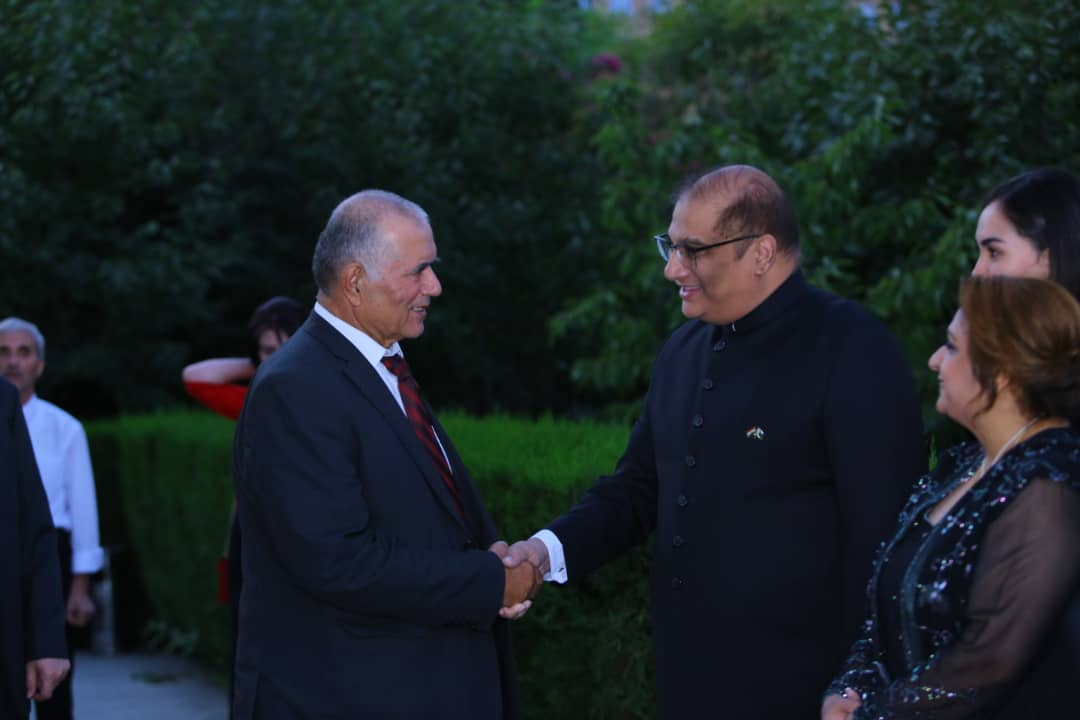 While highlighting the worsening human rights situation, he said that there was a complete media blackout in Kashmir over the last five weeks which was affecting the lives of millions who were unable to access hospitals, medicines and food. “Pakistan has serious concerns about Indian divisionary tactics, escalation at the LoC and the Working Boundary and the possibility of a false flag operation,” he said.

He added that the international community has the responsibility to play its role in alleviating the sufferings of Kashmiri people and facilitating a peaceful resolution of the Jammu & Kashmir dispute in line with UNSC resolutions and the aspirations of the Kashmiris, who are struggling for the right to self-determination. “Pakistan and its people today stand in solidarity with their Kashmir brothers and sisters,” he said.

In his speech, the Deputy Defence Minister Major-General Mahmadzoda Suhrob Talbak appreciated the strong military and economic ties between Pakistan and Tajikistan and hoped that bilateral ties would further enhance in the coming years.

Colonel Khan said that the regular visits by the high-level military leadership from Pakistan and Tajikistan were boosting and furthering the bilateral defence relations.

“Promotion of multifaceted cooperation in multiple spheres and strengthening of economic ties with Pakistan is one of the priority areas of Tajik foreign policy,” the deputy defence minister said. While highlighting the threats posed by menace of terrorism, he said: “Tajikistan was aware of the prevailing situation in the region.”

In his speech, the Defence Attaché of Pakistan Colonel Rashid Khan shed light on the strong military ties between two brotherly countries guided by a shared vision of achieving peace and stability in the region. 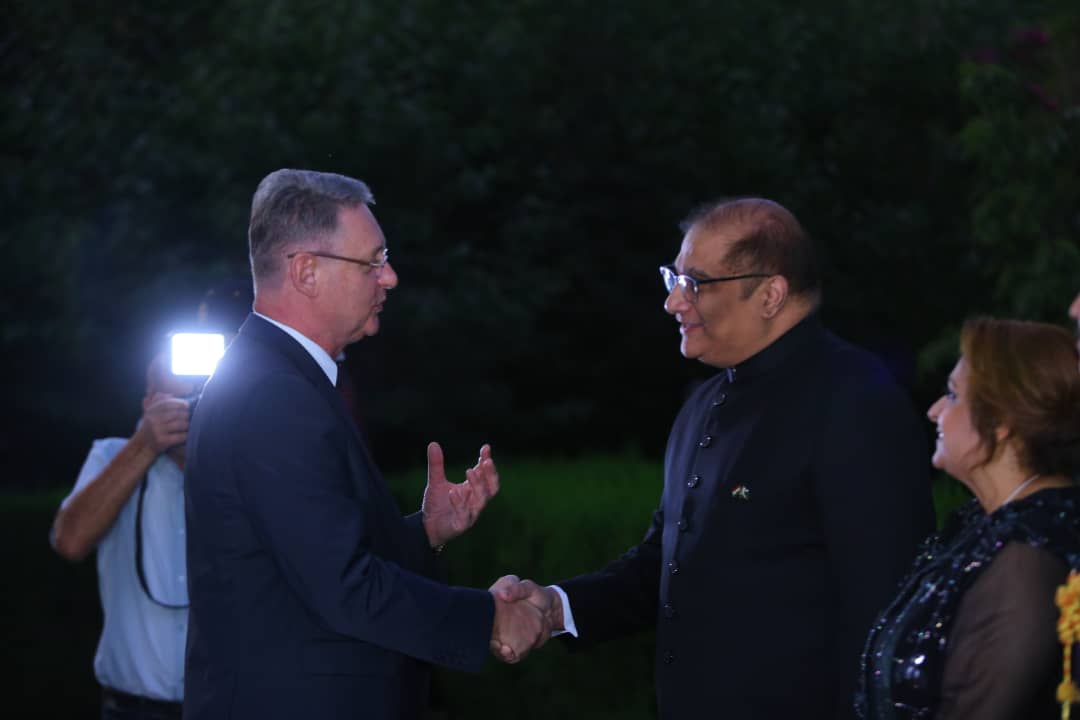 Colonel Khan said that the regular visits by the high-level military leadership from Pakistan and Tajikistan were boosting and furthering the bilateral defence relations. During the event, the speakers highlighted Pakistan’s deep and close relations with Tajikistan, saying both countries share similar heritage and values based on common religion, culture and traditions.

A documentary about armed forces of Pakistan, defence production and international media coverage of human rights abuses being committed by Indian forces in Indian occupied Jammu & Kashmir was also screened during the reception.