Prime Minister Imran Khan reiterated Pakistan’s resolve and courage to defend the motherland in his message for Defence & Martyrs Day. He urged the international community to put an end to the authority of the fascist Hindu-supremacist government and the barbaric human rights violations against innocent Kashmiris and Indian Muslims 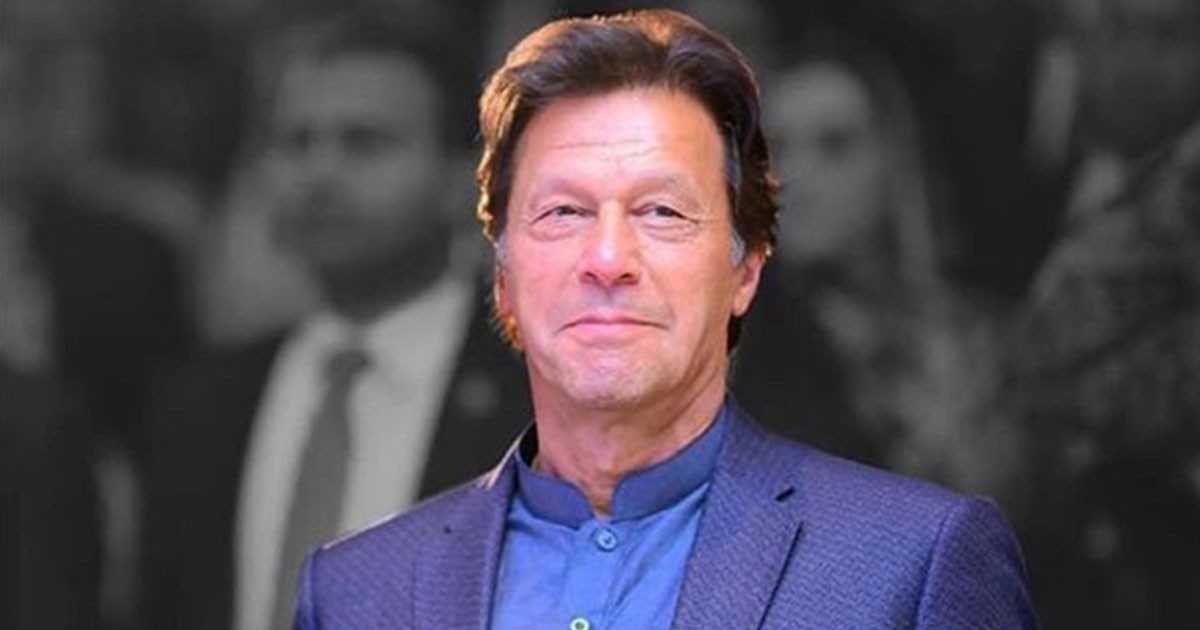 Prime Minister Imran Khan, in his message to the nation on Defence and Martyrs Day, emphasized that the Pakistani nation has the resolve to thwart any kind of misadventure launched by the enemy, and the Pakistan Army has the willingness and capacity to launch a befitting response to any aggressive posturing.

The premier underscored that the Pakistan Army has always exhibited a dynamic resolve against the enemy, despite the overwhelmingly large size and advancement of the Indian troops, throughout history, Pakistan’s armed forces have succeeded with their unwavering courage and devotion to protect the motherland.

A press release issued by the Prime Minister’s Office quoted the premier’s remarks, “6th September, the defence day of Pakistan, stands out in the history of Pakistan as a symbol of enduring display of unity, indomitable courage and unmatched sacrifices by our gallant soldiers who, on this day, years ago, proved to the world that the country’s defence is unassailable and the valiant armed forces are ever ready to defend every inch of the motherland.”

Narrating the events of Pakistan’s historic defence against the advancing Indian forces in the 1965 war, Imran Khan said, “In the 1965 war, the valor of our Armed Forces and the spirit of our people presented a true picture of oneness and coordination, discipline and perseverance. Both the people and the men in uniform proved that it’s not the size that matters but what matters the most is the courage and devotion to duty.”

The premier continued, “My compliments to the brave forces who have ensured the safety and security of the motherland in all testing times. They have offered exemplary sacrifices in the pursuance of peace.”

Paying tribute to the martyrs and ghazis of the Pakistan Army, Imran Khan said, “Our Shuhada and ghazis are our heroes and the nation owes them gratitude and respect. I salute the gallant sons of soil who laid down their lives while defending Pakistan, and pay respect to their families for unparalleled sacrifices they rendered for our tomorrow.”

Enemy has Unleashed Reign of Terror

Prime Minister Imran Khan warned the nation that India has, once again, adopted aggressive posturing on the Line of Control and has unleashed a reign of terror to terrorize and persecute the innocent people of Indian-occupied Kashmir.

The Premier said, “Today we are facing a similar situation; the enemy is once again showing aggressive postures on the Line of Control, it has unleashed reign of terror on innocent and unarmed people of the Occupied Valley after changing the status of Kashmir by abolishing Articles 370 and 35-A in violation of the UN Charter.”

Read more: What does Imran Khan’s fight for Kashmir means to Kashmiris?

He continued, “For Pakistan, Kashmir stands as its jugular vein. Altering its status poses challenges to Pakistan’s security and integrity. The fascist government is hell-bent upon suppressing the Kashmiri people’s just struggle against India’s illegitimate occupation, denying them their right to self-determination permissible under the UN Resolutions.”

The Premier urged the international community to play its role in bringing an end to the heightened human rights violations across the occupied Himalayan region, and to undermine the burgeoning influence of the Hindu-fascist Modi administration.

Imran Khan said, “I have called upon the world community to take note of the doctrine of hate and genocide and push India to stop it forthwith. I have also urged upon the international community to seriously consider the safety and security of India’s nuclear arsenal that is in the control of a racist and Hindu supremacist government; this is an issue that impacts not just the South Asian region but the whole world.”

He said, “Pakistan has launched a proactive diplomatic activity in the world capitals as well as in the UN to expose the true face of today’s radicalized India. On our part we as a nation are fully alive to any kind of misadventure by the enemy and will respond.”

The premier added, “Together we all, the Armed Forces, the Pakistani nation, the political leadership, both the houses of Parliament, the mainstream and social media all are in one voice against India’s illegal, unilateral, reckless and coercive attempt to alter the disputed status of Indian occupied Kashmir.”

The premier added, “We are prepared to give the enemy the fullest possible response. Failing, the world community will be responsible for the catastrophic aftermath. We will never leave our Kashmiri brethren alone, come what may; we will continue our moral, political and diplomatic support for their inalienable right to self-determination within the framework of UN resolutions.”

Prime Minister will make address in the memory of Kashmiri martyrs in Muzaffarabad.#StandWithKashmir pic.twitter.com/sApZyovfwx

Expressing confidence in the ability of the armed forces to defend the motherland, Imran Khan said, “I have full confidence in our valiant armed forces which are capable enough of giving a befitting response to any kind of aggression by the enemy. We have already displayed a very high standard of professionalism in the recent past and we will continue to do so when challenged.”

The premier concluded his message to the nation, saying “While remembering today the 1965 War heroes, we pay homage to our Shuhada and ghazis and draw inspiration from their iconic acts of valor and sacrifices. Under the same September Spirit, the nation and the Armed Forces are determined to defend every inch of Motherland and safeguard the security and sovereignty of Pakistan at all costs.”