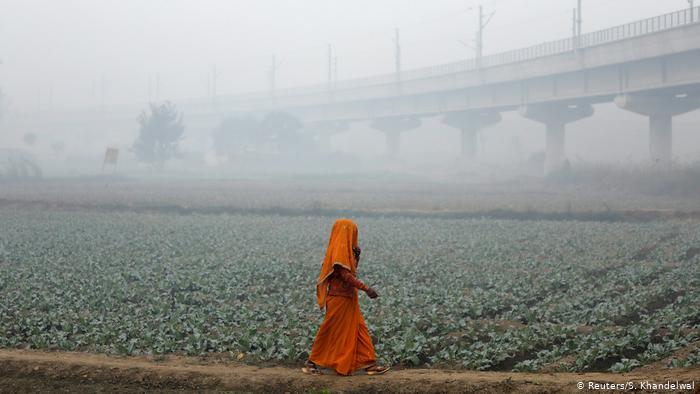 Pakistan Council of Research, has made a petrifying prediction on water availability for Pakistan, saying it is on the brink of absolute scarcity.  A recent report issued states that Pakistan will potentially face a massive drought by the end of 2025.

Pakistan that touched the “water stress level” in 1990 is included among the 36 water -stressed countries in the world. It has already crossed “water scarcity level” and within few years will be at the brink of third stage crisis of “absolute scarcity” , as warned by experts.

By 2025, the demand for water is expected to slide up to 274MAF with the supply remaining constant at 191 MAF, thus creating a demand-supply gap of 83 MAF.

If the criminal negligence persists on part of the authorities, millions of people are expected to fall prey to drought-like conditions, that have been exacerbated by the extensive destruction to biodiversity, and caused detrimental climate change.

Read more: ‘A famine unlike any we have ever seen’

With the burgeoning water crisis, in the densely populated metropolitan cities like Karachi, limited supply has been converted by the traders to making large profits from selling water to all. Creating significant issues especially for the poor.

Including the highest consumption of fresh water resources by agricultural sector, population growth, low water-usage efficiency, poor infrastructural management and absence of national water policy in terms of government’s visionary failure and their stiffness in realising the consequences of the crisis, are the major factor attributed for scarcity.

Pakistan has world’s fourth highest rate of water consumption, yet since the 1960’s the country has not capitalized on any opportunities, to address this escalating water crisis.

Energy experts like Irfan Chaudhary and Shams ul Mulk former chairman of Water and Power Development Authority (WAPDA) share the perspective that it’s the lack of political will and interests that have tangled the matter.

“Because of this absentee landlordism, water has become the property of the landlords and the poor are deprived of their share.”

Read More: Why Pakistan’s feudal class is not worried about the water crisis?

Irfan Chaudhary also points to the uncoordinated, unplanned and visionless rapid urbanization spread that has led to this crisis.

With 494mm of precipitation each year, Pakistan is still one of the wettest countries by United Nations estimates, but it has low storage capacity, of around 30 days.

According to the International Monetary Fund reports, Pakistan’s per capita water availability is 1,017 cubic meter, much close to the scarcity threshold level of 1000 cubic meters. Back in 2009, it was 1500, cubic meters.

Therefore it wouldn’t be wrong to make a cautious conclusion that it is the insufficient storage capacity in terms of insufficient dams and reservoirs that Pakistan wastes huge amount of water received from rainfall, in the form of floods.

Pakistan uses 93% of its fresh water resources on agriculture and does so with very low efficiency. Its efficiency rating is estimated  to fall between 33% to 50%. Hence, little amount of water runs from rivers through canals and reaches farms and fields. The majority of water is wasted due to poor water irrigation infrastructure.

Pakistan has already met twice in the recent two months with the Indian officials in Washington, with the help of World Bank in a bid to find amiable solution to this crisis.

Pakistan has recorded its reservations and concerns pertaining to the India’s construction of Ratle( 850 mw) and Kishanganga (330) MW Hydro-electric power projects built on River Jhelum and Chenub, of which under the principles of the treaty Pakistan had the unrestricted use of water from these two tributaries.

This breach by Indians, is expected to cause severe economical and agricultural setbacks since Punjab with the population of 110 million accounts for 60% of the agricultural output.

Read more: A ticking Water Bomb between India and Pakistan

However as per the expectations, no appreciable or visible agreement have been made.

On the other hand owing to the internal political dissent of the parties no progressive solutions have been crafted out on Kalabagh dam. Amusingly in the meanwhile, the successive government at provincial and federal level too seems to be oblivious of the perils of the water scarcity, otherwise.

Moreover, no alternative tangible solutions to Kalabagh dam or policies are devised to abate the water crisis, a matter which is ultimately holds more significance than even terrorism does for the country. Prime time media is oblivious to the situation.

As per the estimated forecast made by the United Nations, the developing countries by 2050 will have to increase their food production by 100%.

Pakistan will need to increase either its water-resources or must resort to the use of water-efficient technologies, repairing the crumbling water irrigation infrastructure and channelling huge focus on evolving the irrigation practises in Pakistan.

This includes the increased use of drip irrigation, micro sprinkles and center pivot system. With the practical demonstration of the former two though at small-scale, the efficiency rose from 60% to 95%.

Just like Brazil, Pakistan is too among world’s highest rice producing countries, which produces an approximately 6 million tonnes each year, and is responsible for supplying world’s 33% of rice output.

Just like Brazil, Pakistan can too adapt to the modern means of irrigations like center pivot system, to increase its productive efficiencies. The system is widely used worldwide and is conducive for countries juggling with water scarcity problems.

Brazil diminished its water consumption in rice production by 50%. Similar results can be achieved in Pakistan too.

The latest technologies and advancements are indeed expensive for lower income farmers to utilize. In this scenario, the Pakistani government’s needs to help farmers in the form of aids, loans and incentives. Such reforms in the agricultural sector will leave more space for the water to be sufficiently consumed by the industrial and domestic users.

Is the Islamic military alliance already in shambles?