Pakistan is happier than India & Afghanistan 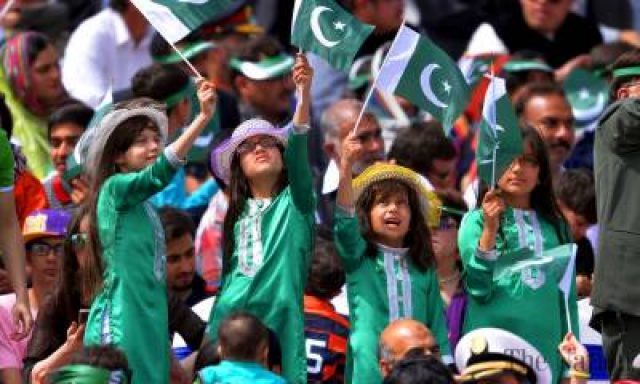 Pakistan’s neighboring country Iran, India and Afghanistan scored 106th, 133rd and 145th position respectively on the list. Finland with the top position was declared the ‘happiest’ country in the world. It toppled Norway from its last year’s top position.

The report also suggests that economically stable countries like United States of America, United Kingdom, and the United Arab Emirates underwent a demotion from their prior position.

The USA dropped to 18th position from its 14th position last year. Similarly, Britain held 19th position. UAE was placed next to Britain at 20th position in the list. The detailed report suggests that imbalance in the basic provisions of life and state of mental health determined the positions of the country in the list.

Finns said access to nature, safety, childcare, good schools and free healthcare were among the best things in their country. The reports also referred some of the emerging health problems such as obesity, depression and opioid crisis hitting the United States

The report also remarked that weakened social support network, reduced per capita income, rising corruption in government and business and declining confidence on public institutions were other reasons that affected the happiness of people in the USA.

We obviously have a social crisis in the United States: more inequality, less trust, less confidence in government,” the head of the SDSN, Professor Jeffrey Sachs of New York’s Columbia University. “It’s pretty stark right now. The signs are not good for the US. It is getting richer and richer but not getting happier.”

“Time will tell, but I would say that in general that when confidence in government is low when perceptions of corruption are high, inequality is high and health conditions are worsening … that is not conducive to good feelings.”

Read more: Is it true that “Money Can’t Buy You Happiness”

The positions were determined by six factors including the income, healthy life expectancy, social support, freedom, trust, and generosity. The report has provided the countries that suffered demotion like USA and Thailand to reflect upon the status of the factors of happiness in their society.

The first ten positions in the list are occupied by Nordic and Scandinavian countries. Other countries like Bangladesh, India, Pakistan, Niger, and Lebanon with low scores can seek help and direction from these countries to improve living standards of the people.

Sugar rush fades for Indian farmers ahead of vote

Manufacturing growth ahead of Fed meeting, revival of US economy threatened by surging coronavirus