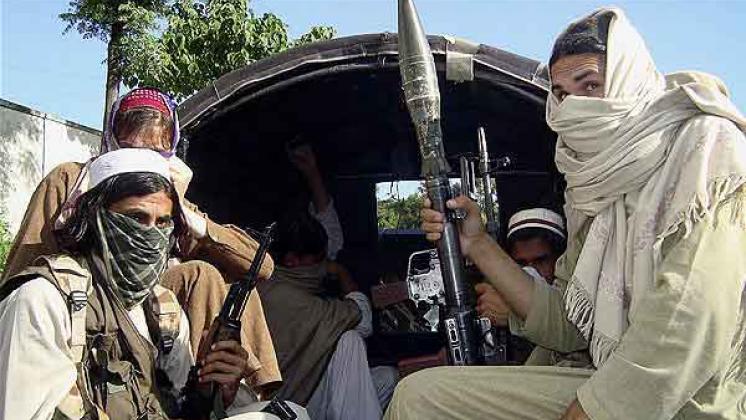 The Pakistan Army announced the successful completion of the first phase of the military operation codenamed “Kyhber IV” in Khyber Agency’s Rajgal area.In a bid to counter the possible proliferation of the ISIS-K on the Af-Pak border, this operation was kick-started last Sunday.

“Khyber-IV’s Phase-I has been completed after clearance of Brekh Muhammad Kandao,” tweeted, Major General Asif Ghafoor, the spokesman of the Pakistan Army. He added that terrorists will be eliminated by the resiliency of the nation.

Phase-1 Kyb4 completed.After Brekh Top, valley being cleared.Every inch of Pakistan will be peaceful IA, no one can beat resilient Pakistan. pic.twitter.com/rjEK0ZasmF

The press release of the ISPR gave out further details on the operation. “Operation continues with major achievement last night when troops including SSG successfully cleared the highest and craggiest mountain top Brekh Muhammad Kandao near Pak-Afghan border. Many terrorists killed, few fled to Afghanistan. Terrorists hide out dismantled, a cache of IEDs, arms, and ammunition recovered,” read the statement.

The area was also infested by Jamat ul Ahrar and the TTP. However, a series of operations in the agency helped restore the writ of the state.

A division-sized force commanded by Maj Gen Shaheen Mazhar under the overall command of the Peshawar-based XI Corps is conducting the operation along with all supporting elements. The aim of this preemptive operation is to deny ISIS foothold in the valley by dispossessing them of future centers of gravity in peaks and remnants of local militant outfits.

Read more:The US in Afghanistan: A tale of follies & miscalculations

Khyber Agency was dominated by Lashkar-i-Islam, an outfit led by Mangal Bagh Afridi. The area was also infested by Jamat ul Ahrar and the TTP. However, a series of operations in the agency helped restore the writ of the state.

The ISIS has gained ground in Afghanistan’s Nangarhar province bordering Khyber. Despite the employment of the MOAB, the group has been swift in its operations in the country. It even went to capture the Tora Bora mountains.

The ISPR has declared as an achievement because the peak was used as OP and a storage place for weapons.The media wing also said the mountain top was cleared after a tough fight with the terrorists, who had been holding it. “Terrorists gave stiff resistance but couldn’t sustain against determination of Pakistani troops. … Many terrorists were killed, few fled to Afghanistan. Terrorist hideout was dismantled, and a cache of IEDs, arms, and ammunition was recovered.”

The troops have now established posts on the over 12,000 feet mountain, which has a thick forest. The operation is being carried out by infantry, armor, artillery with support from the SSG. The forces are advancing forward in a quest to evict the remaining militants from the area.

Peace has returned to most parts of FATA and the war-fighting capabilities of once-deadly groups have reduced considerably.

The Pentagon has halted Pakistan’s payment of $350 million from the Coalition Support Fund(CSF) owing to its alleged inability to clamp down the Haqqani Network. The still-evolving Afghan strategy will be applied to Pakistan too as enshrined by Generals Mattis and McMaster. While the US is likely to get tougher with Pakistan, the situation in Afghanistan is deteriorating by the day, with the Taliban and ISIS gaining traction in length and breadth of the war-torn country.

Read more: Change yourself before we change ourselves: US tells Pakistan

Pakistan has carried out kinetic operations, both small and large to flush out militants from its soil.Peace has returned to most parts of FATA and the war-fighting capabilities of once-deadly groups have reduced considerably.

Pakistan has rejected the accusations leveled against it, claiming that its plate is full. Afghanistan has raised objections to the current operation just like it raised eyebrows on Pakistan’s fencing of the border which started a few weeks ago.

Pakistan has shown willingness to cooperate on counter terrorism, border management, and other related issues. However, Afghanistan has ramped-up the vitriol against Islamabad.

“Afghan Ministry of Defence’s response to operation Khyber-IV is unwarranted and runs counter to Pakistan Army’s efforts for better Pak-Afghan coordination and cooperation,” a military spokesman had said while responding to the Afghan government’s reaction to the operation.

Ties between Pakistan and Afghanistan have remained strained since the past few months.Pakistan has shown willingness to cooperate on counter terrorism, border management, and other related issues. However, Afghanistan has ramped-up the vitriol against Islamabad.

Khyber IV is an important operation in the sense that it could further reiterate Pakistan’s highly-touted commitment to purge its country from terrorism and militancy.

Previous articleGHQ may save the day for Nawaz !
Next articleWhy not just say no to CSF?

20 September 2021
Previous articleGHQ may save the day for Nawaz !
Next articleWhy not just say no to CSF?

Connecting the dots: The London apartments since the 1990s