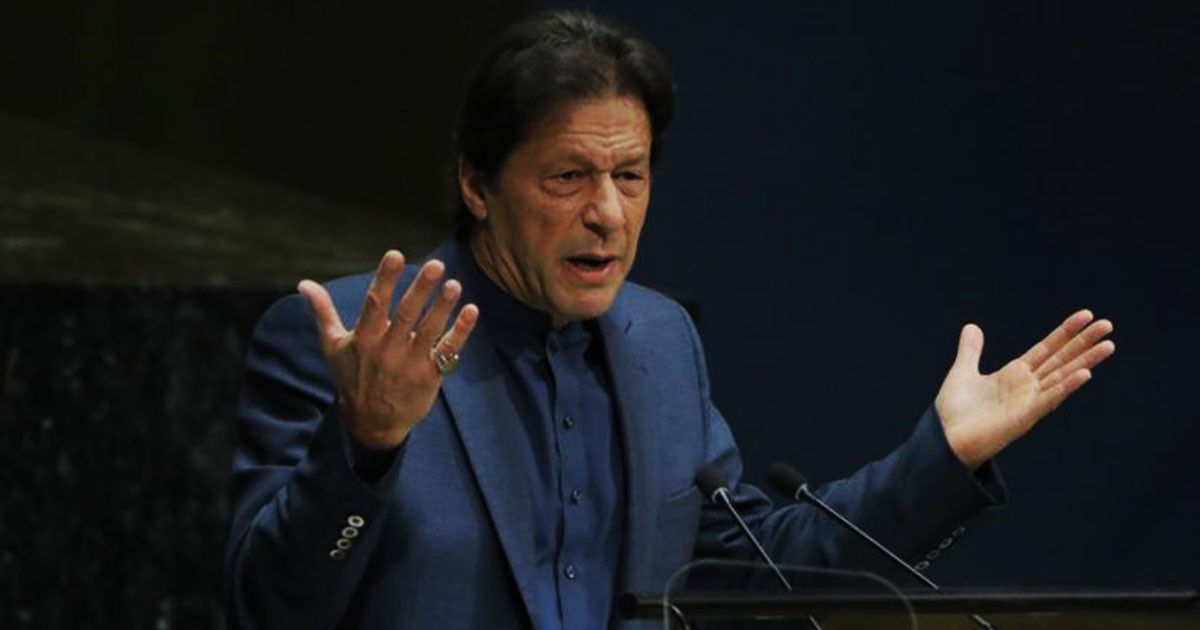 Pakistani Prime Minister Imran Khan’s (PMIK) speech at the UN General Assembly last week was one for the history books and heralded the country’s rapid ascent as a globally significant actor. The South Asian leader touched upon the four main topics of climate change, anti-corruption, Islamophobia, and the deteriorating humanitarian situation in Indian-Occupied Kashmir (IOK), with the first three thematically leading up to the last. PMIK touched upon how his administration planted billions of trees in Khyber Pakhtunkhwa when it led the province and then followed up by rolling out this eco-friendly policy nationwide upon winning last year’s elections, an interesting tidbit that will be returned to later on in this analysis.

His second part about anti-corruption promoted genuine social justice by pointing out how the West’s assistance in recovering laundered assets abroad would enable Pakistan to invest the stolen funds in socio-economic development programs at home if only its partners had the political will to help it (which they regrettably don’t), while the third theme saw PMIK explaining the roots of Islamophobia and convincingly articulating Muslims’ sensitivities about freedom of speech being used to insult the Prophet Muhammad (PBUH).

The memory of World War II is still heavy on the world’s collective consciousness, so evoking its run-up was an effective way to ensure that everyone paid attention to his words.

It was the last half of his speech about Kashmir, however, that will forever be remembered as a defining moment in International Relations after PMIK compared India’s annexation of Kashmir to Nazi Germany’s annexation of the Sudetenland and warned that the 21st century’s Munich moment might even lead to a nuclear war if New Delhi proceeds to follow in the Fuhrer’s footsteps and attack its neighbor. This comparison isn’t hyperbolic in any sense either since the Pakistani leader explained how the Rashtriya Swayamsevak Sangh (RSS), the parent organization of the BJP and of which Indian Prime Minister Modi is a lifelong member, was inspired by Hitler’s racial supremacist hatred and seeks to succeed where he failed.

Tellingly, PMIK also reminded the world how the RSS assassinated Gandhi, which helps the international community understand understand why Modi would stand by and let RSS terrorists carry out a bloody pogrom against Muslims in 2002 in the western state of Gujurat during his time as Chief Minister there, as well as why he has no compunctions about imprisoning the 8 million mostly Muslim people of the Kashmir valley in their own homes for over 50 days already.

The Pakistani leader also brilliantly preempted a forthcoming infowar plot by India to blame its neighbor for a seemingly inevitable follow-up to February’s Pulwama incident following the eventual lifting of the curfew in Kashmir, which could be abused by the authorities to “justify” launching another strike against Pakistan and therefore dangerously bringing the two nuclear-armed countries to the brink of war if Modi decides to continue escalating the situation.

In order to not be accused of alarmism, PMIK spent a lot of time explaining the perspective of the increasingly desperate Kashmiris before concluding that even he would pick up a gun if he was forced into such a humiliating situation, which is why it wouldn’t be surprising if any of the locals or their 1.3 billion co-confessionals anywhere across the world did so as well. Should this scenario transpire as predicted and India attacks Pakistan, it might not just kill a handful of trees like last time (which PMIK nevertheless lamented in his speech to rapturous applause from the audience), but actually people and therefore provoke a symmetrical Pakistani response that could very easily put the two on the path to a nuclear exchange.

He made no secret about this either, dramatically telling the world that Pakistan will fight to the end if it’s faced with that choice or to surrender, reminding them that the ramifications of a nuclear-armed state doing so would effect the entire world. That’s why he implored the UN to stop appeasing India like the League of Nations appeased Hitler, telling them in no uncertain terms that India’s annexation of Kashmir and the consequences thereof pose a direct challenge to the global organization that has failed the Kashmiris for decades after first promising them a plebiscite on their future political status following roughly a dozen resolutions on the matter.

Instead of being swayed by corrupt motives stemming from their interest in obtaining access to India’s massive 1.2 billion-person marketplace, the International Community must take a strong stand against India’s Islamophobic policies and urgently put a stop to its ethnic cleansing plans in Kashmir. Not doing so would only embolden Modi to do more and also risks radicalizing India’s 180 million Muslims who are watching in shock as 8 million of their co-confessionals are placed under de-facto house arrest simply for the “crime” of believing in their religion while the rest of the world remains silent to their plight in pursuit of India’s markets.

Read more: India responds to PM Khan in UNGA: Will the repetition of the old narrative work for Modi?

The unparalleled stakes associated with the Kashmir Crisis and Pakistan’s crucial role in trying its utmost to responsibly resolve it confirm the country’s growing status as the global pivot state. PMIK’s passionate defense of Islam alone was enough to draw the world’s attention because of how unprecedented it was for any leader to spend a lot of their time explaining the deeper nuances of this religion to their international audience at the UN, but it was his support of the Kashmiri cause that took the cake and got everyone to reconsider the importance of Pakistan for world peace.

PMIK wasn’t exaggerating when he warned everyone that India’s annexation of Kashmir is the 21st century’s Munich moment, and his speech seems to have succeeded in swaying some countries to his side that otherwise wouldn’t have cared about this issue whatsoever. The memory of World War II is still heavy on the world’s collective consciousness, so evoking its run-up was an effective way to ensure that everyone paid attention to his words. The difference between then and now, however, is that the potential victims of India’s racist crusade to wipe out Islam are many orders of magnitude larger than the millions who were slaughtered during Hitler’s reign of terror.

Andrew Korybko is a political analyst, radio host, and regular contributor to several online outlets. He specializes in Russian affairs and geopolitics, specifically the US strategy in Eurasia. His other areas of focus include tactics of regime change, color revolutions and unconventional warfare used across the world. His book, “Hybrid Wars: The Indirect Adaptive Approach To Regime Change”, extensively analyzes the situations in Syria and Ukraine and claims to prove that they represent a new model of strategic warfare being waged by the US. This article was originally appeared at One World Global Think Tank and has been republished with the author’s permission. The views expressed in this article are the author’s own and do not necessarily reflect the editorial policy of Global Village Space.