Pakistan kills seven Afghan based militants in shootout near border 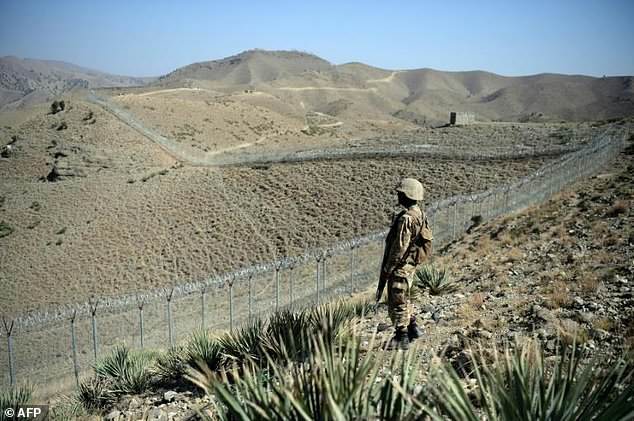 “During (the) exchange of fire seven terrorists (were) killed while three (were) injured,” the military said in a statement. Violence in Pakistan has declined dramatically in recent years following a series of military operations along the northwestern border with Afghanistan, but militant groups are still able to carry out deadly attacks.

Pakistan’s army launched a massive operation in 2014 to wipe out militant bases in North Waziristan and end the near decade-long insurgency that has cost thousands of lives.

The operation intensified after the Taliban massacred more than 150 people, the majority of them children, at a school in the northwestern city of Peshawar in December 2014.

In 2016, the Pakistani army claimed to have cleared the last militant stronghold in the country’s northwest after a three-month long operation.

But analysts have long warned that Pakistan is not tackling the root causes of extremism, and that militants retain the ability to carry out spectacular attacks.

A suicide blast in the southwestern province of Balochistan on July 13 killed at least 149 people during a campaign rally — one of Pakistan’s worst-ever terror attacks — underscoring continuing security challenges in the country following years of dramatic improvements.

Violence in Pakistan has declined dramatically in recent years following a series of military operations along the northwestern border with Afghanistan, but militant groups are still able to carry out deadly attacks.

Pakistan has long had a difficult history with terrorists operating from Afghanistan. The US occupied country has become a safe haven for militants fleeing Pakistani military operations. Pakistan has other problems with Afghanistan as well. A hostile Afghanistan is the main foundation of the “two-front war” dilemma Islamabad faces since its independence. In addition, it has been a major base for terror groups operating inside Pakistan.

The US has continuously ignored Pakistani evidence of Afghan-based terrorism while agreeing with Indian and Afghan versions of “Pakistan based terror groups”. In fact, much of the evidence was actually procured with American help. A top-level Tehreek-e-Taliban Pakistan (TTP) leader Latif Masud was captured by U.S. forces in a military operation.

Latif was arrested in northeastern Afghanistan, in a US Army raid when he was returning back after having conducive talks with Afghan government officials. It emerged that the TTP positioned Latif to work between the Afghan government and itself. Pakistan has long demanded that Afghanistan hand over militants operating in its territory, and the issue is a major source of tension between Islamabad and Kabul. Also, many TTP leaders have been killed by US drone strikes inside Afghanistan.

Pakistan views India to be behind the Afghan government’s recent belligerence and its use of terrorist proxies. Captured Indian intelligence operative Kulbhushan Yadav has identified Indian consulates in Afghanistan as financial conduits for terrorist working inside Pakistan.