A complete research into the Pakistan & Indian Navy's assets and their might in sea. The article includes a complete list of manpower and weaponry both the navies hold. 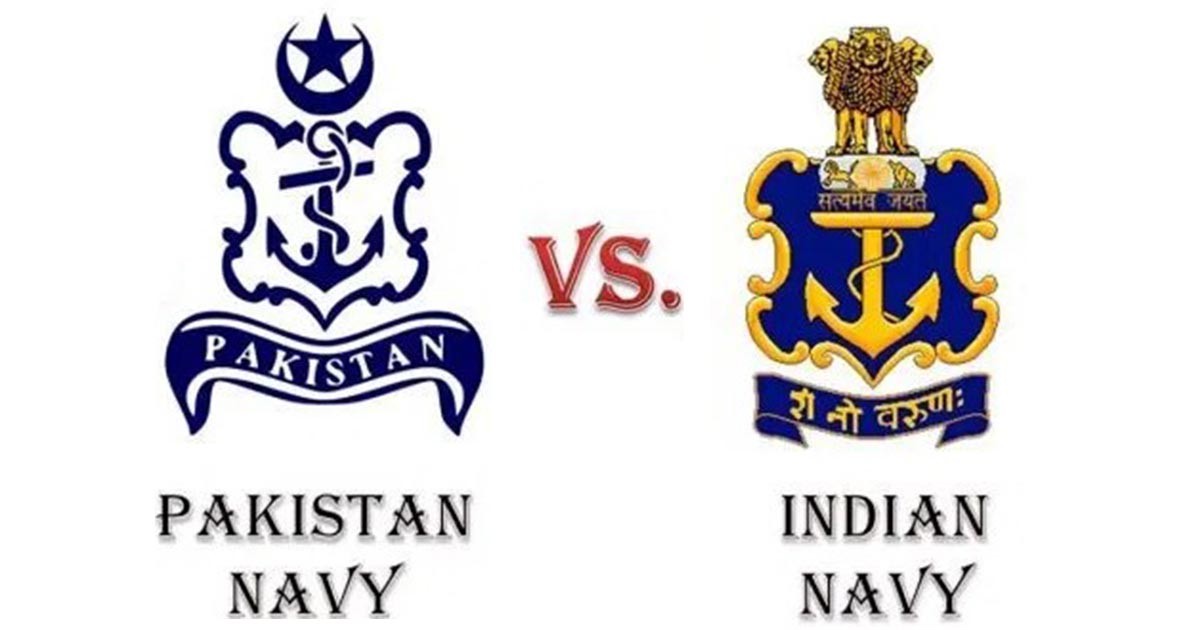 Navy or sea force is the branch of a nation’s armed forces principally designated for naval and amphibious warfare and related functions. It includes anything conducted by surface ships, amphibious ships, submarines, and seaborne aviation, as well as ancillary support, communications, training, and other fields.

Navy plays an integral part in the defense of any country.

Pakistan Navy and Indian Navy have crossed paths many times. But what are their power specs, what weapons each force hold, and what number of personnel are operating in each force?

Lets not waste time and delve into a detailed comparison of Naval forces of both India and Pakistan. Keep in mind that this is just a comparison of the assets both the navies hold, we are not endorsing a conflict OR by any mean making assumptions about war.

This comparison is restricted only to the Naval forces i.e. Pakistan Navy & Indian Navy.

Sea weapons are of different breed than land and air. Here is a complete list of weaponry that both countries possess.

Super carriers are the largest warships in the world, designed for long range, offensive power projection and can deploy over 70 combat aircraft from multiple runways for both blue water control and attacks on enemy ground targets. These are fielded only by United States.

These are large warships capable of deploying conventional takeoff fixed wing aircraft. Various designs specialize in either coastal defense or offensive power projection, and their ability to deploy aircraft at sea makes them a valuable force multiplier for naval strike groups.

Helicopter carriers are usually smaller than conventional carriers. These warships lack a number of vital systems such as arresting gear to deploy conventional fixed wing aircraft. Can accommodate only rotary wing aircraft and in the case of STOVL carriers specialized fighters with vertical landing capabilities. This is a cost effective mean to deploy aircrafts to sea.

Large, fast and heavily armed long range warships designed for blue water operations and power projection. Can be equipped for air defense, anti-surface or anti-submarine roles, or a combination of these. These ships are the deadly water defenders.

Pakistan Navy, currently, does not own any “Destroyers”.

Frigate is a medium sized warship used primarily to protect other assets such as destroyers or carriers. A less costly means than destroyers to field heavily armed surface battleships.

Small warships typically under 2,500 tons which fulfil a complementary role to larger frigates and destroyers. Corvettes are restricted on a defensive front because of their short range.

Attack submarines are either nuclear or conventionally powered. Built to prize survivability, and highly effective in engaging enemy surface warships.

These naval ships are designed to operate in support of combatant ships and other naval operations. These are not primary combatants, although they may have some limited combat capacity, usually of a self-defense nature.

The figures have been taken from “Military Watch”.

$125m support for Pakistan’s F-16 fleet approved by US