As Pakistan commemorates its 22nd anniversary of nuclear testing, top scientists say that the country's nuclear program is being used for good rather than harm. Not only has it earned Pakistan's exchequer billions, but it is also helping the country meet its 12 SGDs. 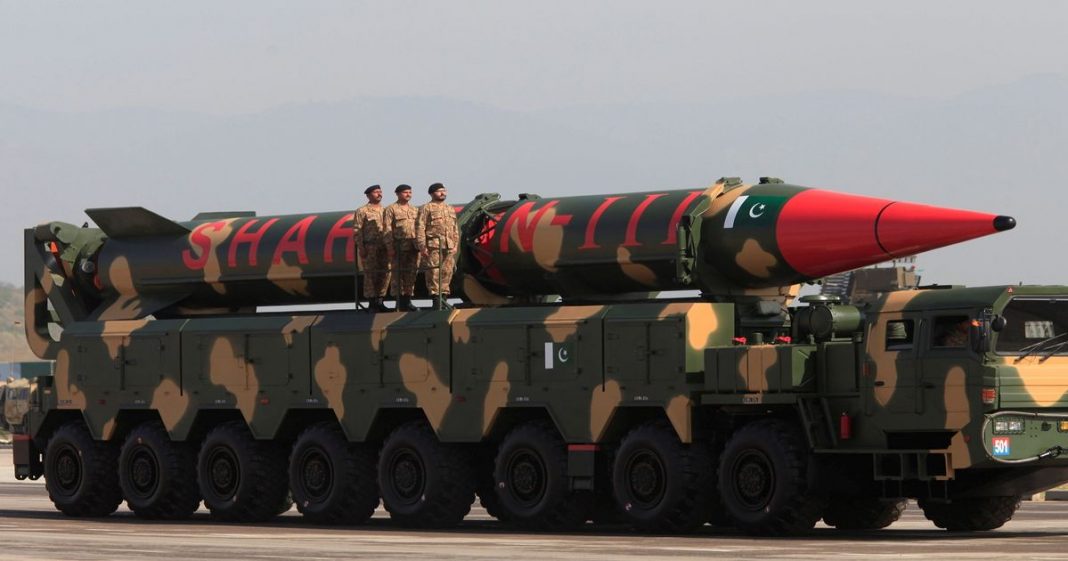 Dispelling the impression that pursuing nuclear technology was a drain on national resources, a top nuclear scientist claimed that the peaceful use of Pakistan’s nuclear technology helped the country to add 1,200 billion rupees ($7.4 billion) to its national exchequer.

On this day in 1998, Pakistan conducted five successful nuclear tests in the north-western Chagai district of Balochistan#GeoNews

Pervez said that it allowed Pakistan to develop 100 new crop varieties, which added $7.4 billion to the treasury. He further said that 800,000 cancer patients are being treated every year by hospitals using nuclear radiation.

Pakistan is one of only 13 countries across the globe capable of sharing its nuclear knowledge and expertise with other countries for peaceful purposes.

India’s nuclear capabilities a threat for the region

Director General of Arms Control and Disarmament Kamran Akhtar stated that the huge Indian defense acquisitions and developments in the areas of artificial intelligence, cyber security and space militarization are destabilizing for the region. He said the international community must exercise care and caution in sharing its advanced nuclear and other related technologies with India.

India embraced nuclear weapons as a step toward great-power status. The Pokhran tests also opened the possibility of a costly and dangerous nuclear arms race in South Asia. The tests were widely welcomed in India, with hardly any immediate dissent from opposition political parties. However, the outcry from the outside world was of a total condemnation. Dozens of countries expressed anger with a view that India had broken an informal moratorium on nuclear testing that went into effect in 1996.

Even today, India continues to produce fissile material at a very fast rate to build weapons. All this is endangering the future of the nuclear non-proliferation regime (NPR).

Pakistan’s nuclear technology up to par with other countries

“Pakistan can be compared with any developed country in terms of its nuclear expertise, knowledge and capabilities, and is completely qualified to become an active and productive member of the strategic export control regime of the world,” he added.

Pakistan on Thursday commemorated the 22nd anniversary of its six nuclear tests, which it had conducted in the remote Chaghi district of southwestern Balochistan province on May 28, 1998.

Main opposition Pakistan Muslim league (Nawaz) of the three-time premier Nawaz Sharif, who as a premier had ordered the nuclear tests to be carried out, held a ceremony in northeastern Lahore city, to mark the event.

“It was a historic moment in the country’s history. It was a very tough decision as several big powers had pressured Nawaz Sharif not to conduct the tests,” Former premier Shahid Khaqan Abbasi said while addressing the ceremony.

Naeem Salik, the former director of Strategic Plans Division, said Pakistan became a nuclear weapon state once its security needs were neither understood nor met by the world and its several arms control initiatives were not reciprocated. He said Pakistan has a credible minimum deterrence posture which provides Pakistan security without engaging in a costly arms race with India.

Khalid Rahman, the executive president of IPS, said the unparalleled success of Pakistan’s nuclear program provides a principle to follow in policymaking to address various issues of national significance.

“If we understand this principle and pursue our other national goals with similar zeal, spirit, determination, consistency and unity, then we can effectively meet all other challenges that our nation faces,” he argued.

Already heightened tensions between the two countries plummeted to a new low after New Delhi scrapped the longstanding special status of disputed Jammu and Kashmir region last August following an air combat between the two air forces in February 2019.

Since then, the two border forces have been engaged in almost daily clashes at the Line of Control (LoC), a de factor border that splits the scenic Kashmir valley between the two rivals.

Apart from Kashmir, the two countries have been locked in a string of sea-and-land disputes, amid several “successful” missile tests.

“Every year, May 28 serves as an earnest reminder of Pakistan’s desire for peace as well as the nation’s unswerving resolve to defend its territorial integrity, sovereignty and independence,” Foreign Minister Shah Mehmood Qureshi said at a seminar in the capital.

Unfortunately, he said, the current security situation in South Asia underscored the compulsion for Pakistan to remain ever vigilant of the more traditional threat to national security emanating from the “hegemonisitic ambitions” of a larger neighbor under the rule of “an ultra-nationalist and revisionist regime.”

“The recent escalation along the Line of Control [de facto border that divides disputed Kashmir valley between Pakistan, and India], incessant ceasefire violations and the canard of cross-border infiltration are designed to divert international attention from the gross human rights violations by the Indian Occupation forces in the Indian Occupied Jammu & Kashmir,” he went on to say.

Hundreds of foreign companies are actively procuring components for India and Pakistan’s nuclear programmes, taking advantage of gaps in the global regulation of the industry, according to a report by a US-based research group.

Neither India nor Pakistan has signed the international Treaty on the Non-Proliferation of Nuclear Weapons, adhered to by most nuclear powers. Consequently, they are not obliged to submit to IAEA oversight over all of their facilities.

Thanks to Nawaz, Pakistan is nuclear power: Maryam Nawaz