Pakistan on its way to becoming a cashless economy 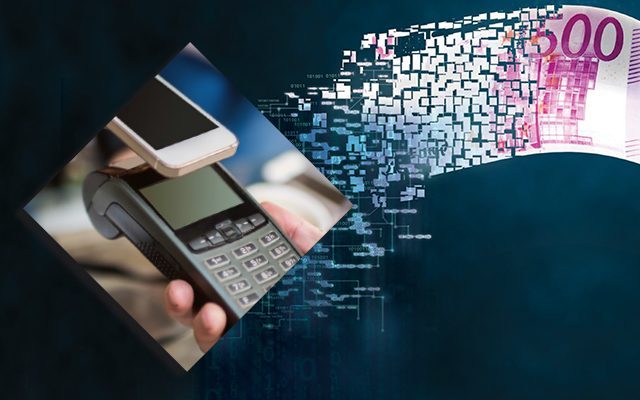 Like a number of other developed and developing countries in the world, Pakistan is also shifting towards a paperless, cashless economy. Paper based transactions remained less than half of digital and other electronic related transactions according to a statement released by the State Bank of Pakistan (SBP). “During the second quarter of FY18, 0.4 million transactions amounting to Rs 93.6 trillion were processed by Pakistan Real-Time Interbank Settle­ment Mechanism (PRISM),” stated SBP’s ‘Payment System Review-2QFY18’.

According to the report, 117.6 million transactions worth RS40.3 trillion took place using paper based payment methods e.g. cash, cheques, pay orders and demand drafts etc. The report acknowledged the role of PRISM in shifting the economy from cash to electronic transactions. PRISM synchronizes the transactions of its 43 commercial banks and Development Finance Institutes (DFI). It facilitates interbank settlements and mitigates the risks of any errors and disputes.

Read more: Government thinking of taking out even more debt! More misery for…

Benefits of a Cashless Economy

Cashless transactions are becoming the most favourable mode of transactions throughout the world. The effects are also visible in Pakistan and the reasons are obvious. It saves individuals from carrying a large amount of cash in their wallets, reducing the possibilities of theft. Risks of counterfeit money are also absent in electronic transactions. They are eco-friendly, reducing the cost of production of cash and saving the paper used for making cash.

Electronic transactions are a major step towards reducing corruption in the country. In most cases, bribe is paid with cash because it cannot be tracked. On the other hand, it’s easier to keep track of money and banks can easily identify any unnatural activity in any bank accounts. It also keeps a record of your payments, which can help you budget your spending easily. It also helps the government to identify if a person is spending more than their income and reduce money laundering.

Read more: Understand how Pakistan’s economy is being destroyed deliberately: ‘We work like…

Drawbacks of a Cashless Economy

Even though cashless economies are the future of the world, it comes with its own drawbacks. It is very hard to implement the system of cashless transactions in rural areas majorly because of lack of awareness. Compared to urban centres with concentrated population, rural areas are sparsely populated which makes it harder to provide adequate facilities for electronic transactions to them. It also requires a certain level of literacy to implement them which is an issue for developing countries like Pakistan.

Electronic transactions are also prone to cyber fraud, online scams and hacking. It is one of the major hurdles for the shift of economies into becoming cashless. A number of electronic transactions services require some fee which is absent in cash transactions. As long as these hurdles are not removed, it will be very hard for countries to completely shift to cashless economies.

The SBP report shows that people in Pakistan are quickly discarding cash in favour of e-money. The great surge of online stores in Pakistan like OLX, Daraz, PakWheels, and Zameen.com etc. shows that you can buy anything from clothes and cars to a house on the internet in Pakistan. The success of these online stores shows Pakistanis’ increasing interest and reliance in e-money and e-banking. Corruption is also a major issue in Pakistan and e-money can be a major step towards resolving it.

A number of economic experts believe that demonetization strategies need to be applied in Pakistan owing to their success in other countries to counter corruption and money laundering. Even abolishing the 5000 rupee note will be a major step towards promoting a cashless economy and fighting corruption. It will also ensure more tax payments and collections which is also one of the major issues in Pakistan.

Previous articleRather than dragging Rana Sanaullah from his mustache, Khan should sell KP performance and future policy?
Next articleDaniyal Aziz “scandalizing the court”