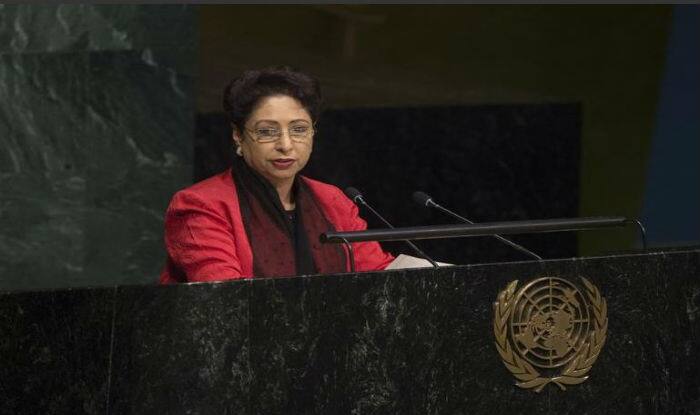 “Additional permanent seats were contrary to the universally agreed principles of democracy, accountability, and transparency,” she said while calling for an increase in non-permanent members based on equitable geographical distribution. Lodhi, who has spent a considerable part of her life teaching international relations, said that a fair rotational system in the non-permanent category must be followed so that it is acceptable to all states.

Experts believe that Islamabad will continue to effectively contribute towards stopping the increase in the permanent seats.

Lodhi criticized the stance adopted by the “group of four” that has been demanding an increase in the permanent members since 1997. The group comprises India, Germany, Brazil, and Japan.

Pakistan has long-opposed the increase in the permanent membership. In 2005, Pakistan became part of the United for Consensus group along with Italy, Argentina, Colombia and Canada that called for an increase in non-permanent members from 15 to 20 whilst keeping a cap on permanent seats 5 at present.

Currently leading the group, Pakistan stands for adding a new category of members. However, the ‘group of four’ wants to add 6 additional permanent members and four non-permanent ones.

As a case in point, many analysts are of the opinion that a deadly and punitive resolution against North Korea will be vetoed by China and Russia

As of now, 5 countries in Russia, China, France, United Kingdom and the US are the permanent members. These countries have veto powers to outlaw any resolution. Often times this lever has worried weaker countries just like the vanquished fears the victor. All members desire the expansion of the Security Council but there is sharp disagreement on how it should be done. This is why one of the issues on the reform agenda pertains to veto power.

Reforming the Security Council would require the ratification of two-thirds of the member-states including the 5 permanent members. Pakistan has consistently resisted efforts to increase permanent members. Primarily, this can be attributed to the apprehension of India grabbing one, should the seats be increased.

While talking to GVS, ace Pakistani diplomat, Zafar Hilali said there should be no increase in permanent members. When asked if he is in agreement with the Annan Plan put forth by former Secretary-General Kofi Annan, Mr. Hilali, bringing his vast experience of international diplomacy into play said: “Yes, but no more permanent members with veto powers. In fact, in my view, even those present members should be stripped of their veto powers.”

The veto power enjoyed by permanent members often leads to a fear of harsh measures being implemented. As a case in point, many analysts are of the opinion that a deadly and punitive resolution against North Korea will be vetoed by China and Russia. India has often accused China of saving Pakistan’s skin in the Security Council. Experts believe that Islamabad will continue to effectively contribute towards stopping the increase in the permanent seats.Dr. Lodhi questioned and noted:”How can a permanent status be bestowed upon an impermanent state. This inconsistency can only be answered by longer-term non-permanent seats with possible re-elections.”

Pakistan Vs. India – Who is More Battle Ready?