Pakistan, in another landmark decision, has restored an ancient Hindu temple in Sialkot, in a bid to harness its image of a tolerant and peaceful country. 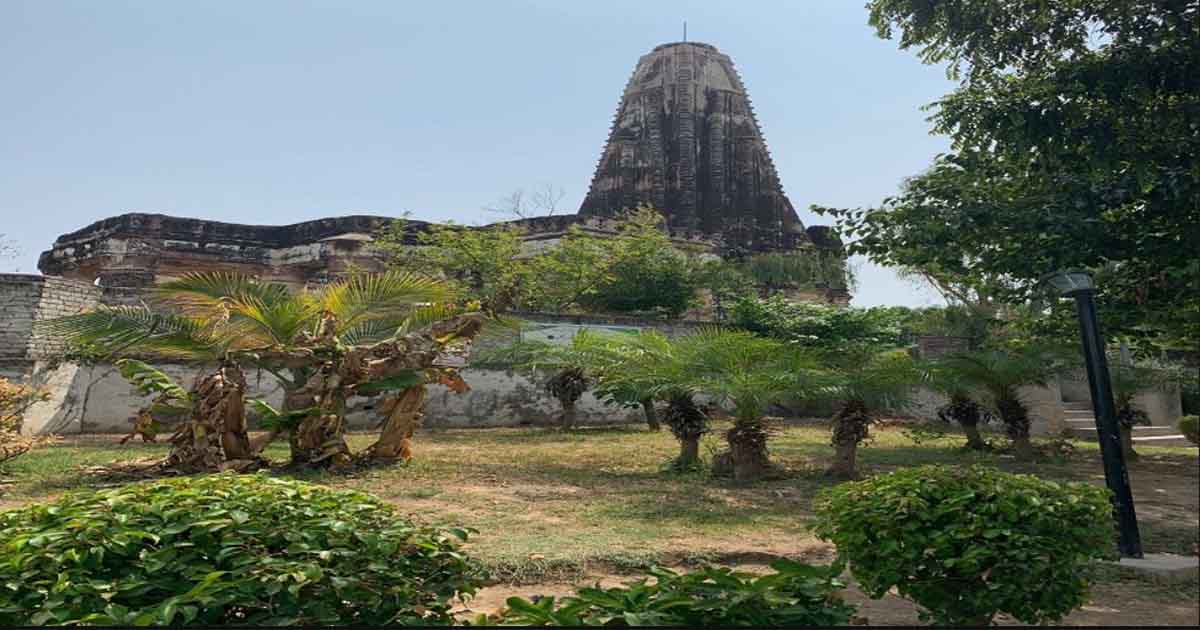 Pakistan opens a 1000-year-old temple in Sialkot for Hindu devotees after seven decades. The temple was shut down after a large number of Hindu worshippers fled to India during the 1947 partition.

The ancient Shiwala Raj Temple was sealed by state-run Evacuee Trust Property Board (ETPB), responsible for the maintenance of the properties abandoned by people who left Pakistan during the partition.

Credit where credit is due. Under the PTI government, first a sealed, 500-year-old Gurdwara was opened to worshippers and now a 1000-year-old Hindu temple in Sialkot will be reopened after 72 years. https://t.co/8GqwBMnTBd

The government has opened doors of the temples for Hindu families in Sialkot yet the formal inauguration ceremony will be held on the Nag Panchami festival on August 5th.

The government has opened doors of the temples for Hindu families in Sialkot yet the formal inauguration ceremony will be held on the Nag Panchami festival.

On Saturday, Sialkot’s Deputy Commissioner Bilal Haider told media outlets that the temple has been opened in collaboration with the Evacuee Trust Property Board stating that “people are now free to visit anytime.”

The efforts of Surinder Kumar, the head of Pakistan Hindu community, bear fruition when the government eventually responded to his plea to open the temple for 100 Hindu families residing in Sialkot. Kumar said he has been appealing the government since 2002, but none of the preceding governments paid heed to his pleas.

In each letter, he penned the same line: “There are close to 100 Hindu families in Sialkot, and only one temple and that too is closed.” He had all but given up when he heard from the Board earlier this year, igniting hope that the temple dedicated to the Hindu god of recreation would once again come alive with chants of “Hail Lord Shiva!”

Kumar said he has been appealing the government since 2002, but none of the preceding governments paid heed to his pleas.

On December 25th, just six months after his election as the premier of Pakistan, PM Khan reiterated his promise to work for the strengthening of the minorities in Pakistan. He tweeted that his government is endeavouring to “ensure that our minorities are treated as equal citizens” as per the vision of the founder of Pakistan, Mohammad Ali Jinnah, assuring that minorities will be safe to practice their religion in Pakistan.

The PM has also set up a task-force to promote religious tourism. Saeed ul Hassan Shah, Punjab’s minister for religious affairs, said restoring and reopening abandoned places of worship for Sikhs, Hindus and Buddhists was part of the govt’s agenda. https://t.co/8GqwBMnTBd

The government of Pakistan Tehreek-I-Insaf is making extraordinary efforts to thrive the religious tourism in Pakistan. Pakistan is home to ancient religious sites and monuments of Sikhism, Jainism, and Hinduism.

The Sikh pilgrims constitute a prime chunk of tourists visiting Pakistan from all over the world for religious purposes. The extensive arrangements have been made by PTI’s government to facilitate the Sikh pilgrims. Pakistan has engaged India over the establishment of Kartarpur Corridor, the negotiation has been finalized.

The Kartapur, Corridor is a religious passage that connects Pakistan’s Kartarpur with Dera Baba Nanak’s shrine in India’s Gurdaspur district. The peace corridor will provide visa-free travel for Sikh pilgrims. It is expected to be ready by October 31st, on the 550th birth anniversary of Guru Nanak. The federal government has delegated Rs100bn for the swift construction of Kartarpur Corridor in the ongoing budget of 2019.

PM Khan has vowed to provide a safe and equal environment to the minorities in his election campaign.

Prime Minister Imran Khan has disapproved the forced conversion of religious minorities residing in Pakistan. He stated that there is no place for forceful conversion in Islam and those who do so “know neither the history of Islam nor their religion, the Quran or Sunnah.”

He views that the Prophet himself had given minorities religious freedom and protected their places of worship, “because the Quran orders that there be no compulsion in religion”.

‘Would rather speak the truth and not get cast in Bollywood’: Mehwish Hayat