Pakistan screens scores of visitors from Iran for virus

Government of Pakistan has advised not to panic. Keep yourself hydrated and practice hygiene. Wash your hands and wear masks. If you have any symptoms of fever, flu, difficulty in breathing and cough ask your doctor. 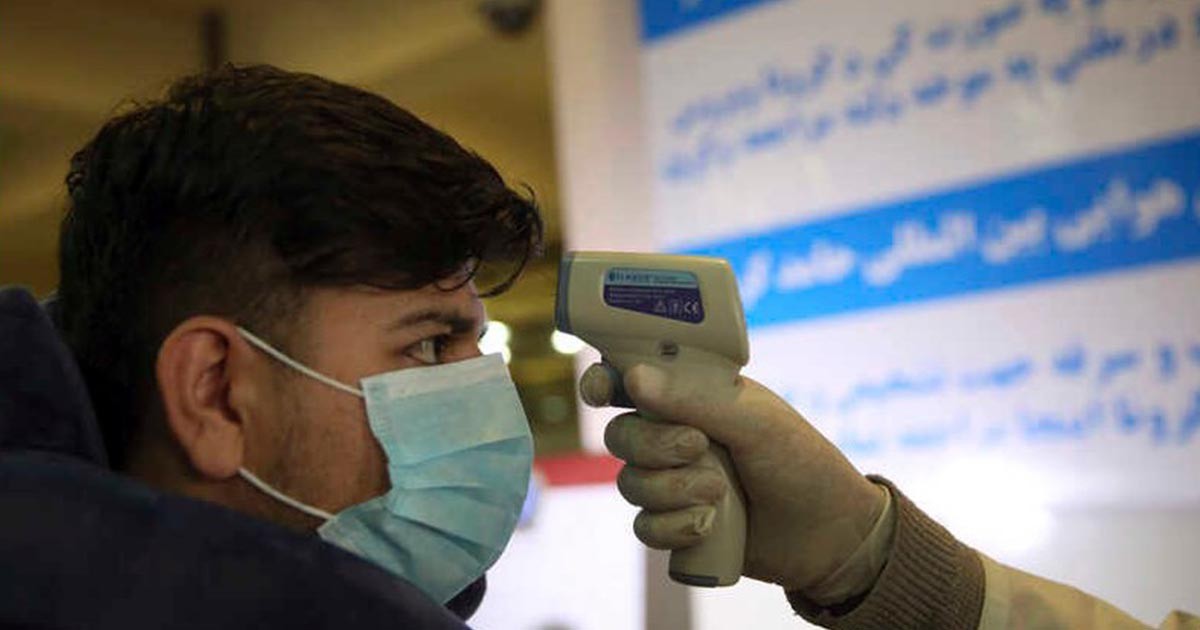 Pakistani authorities were scrambling Thursday to screen hundreds of people who had recently arrived from Iran, a major new hotspot for coronavirus, after Islamabad confirmed its first two infections.

Officials in the teeming port city of Karachi, where one of the two cases was detected, said they are also working to ensure a supply of face masks, as prices shot up with concern growing over Pakistan’s ability to handle an outbreak.

At least one of the two cases announced Wednesday, a 22-year-old man in Karachi, appeared to have contracted the virus in Iran, authorities have said.

Wear masks , drink water to avoid drying up of throat !! Avoid going to markets,malls and other public places !! Virus has been detected near national stadium i believe and even if not then even avoid going to those areas !
Recite the following dua and share#coronaviruspakistan pic.twitter.com/TBiuQfsxf5— ꜱʏᴇᴅ ᴀʟɪ ʀᴀᴢᴀ ʀɪᴢᴠɪ (@Syed_AliRaza110) February 27, 2020

The government has now collected the data for 1,500 people in Sindh province who have arrived in Pakistan from Iran recently, Murad Ali Shah, the chief minister for the southern province, of which Karachi is the capital, told a press conference.

“They would be screened diligently until they are cleared,” Shah said, adding authorities are contacting each to gauge their level of exposure and asking them all to remain at home for 15 days as a precaution.

It was unclear how many more people were being screened throughout the country. Federal health minister Zafar Mirza was set to hold a press conference later on Thursday.

Shah also said the provincial government was working with local surgical mask importers and manufacturers to ensure a supply for the province.

Doctors at Islamabad’s largest public hospital — where the second case was detected — said they have not been given masks to treat patients.

“We have been requesting that they provide us masks and other protective equipment for four days, but no one cares,” Dr Fazl-i-Rabbi, president of the Young Doctors Association at the hospital, told AFP. With porous borders, creaking hospitals and large illiterate populations, Pakistan faces a potentially devastating health crisis from the new coronavirus.

The virus has spread to more than 30 countries, killing over 2,700 and infecting 80,000, mostly in China. But new outbreaks in Europe, the Middle East and in Asia have fanned fears of the contagion taking hold in poor nations that lack the healthcare infrastructure to cope.

There are growing fears in Pakistan — sandwiched between China and Iran, both hotspots for the disease — over how the country would deal with the outbreak. Islamabad has a history of failing to contain infectious diseases such as polio, tuberculosis and hepatitis.

“Our preparation is zero,” Dr Tipu Sultan, a medical practitioner and well-known activist for better healthcare in Pakistan, told AFP. He cited ignorance by both authorities and civilians over hygiene and how viruses can spread.

Schools were closed in Sindh and in neighbouring Balochistan province, bordering Iran, on Thursday.

“A lot of buyers are coming to us… but the stocks are gone,” said Noman Qureshi, a shop owner in a medical market in downtown Karachi.

Priyanka supports the “Me Too” campaign against sexual assaults

Nawaz Sharif takes a jab at Imran Khan and PTI