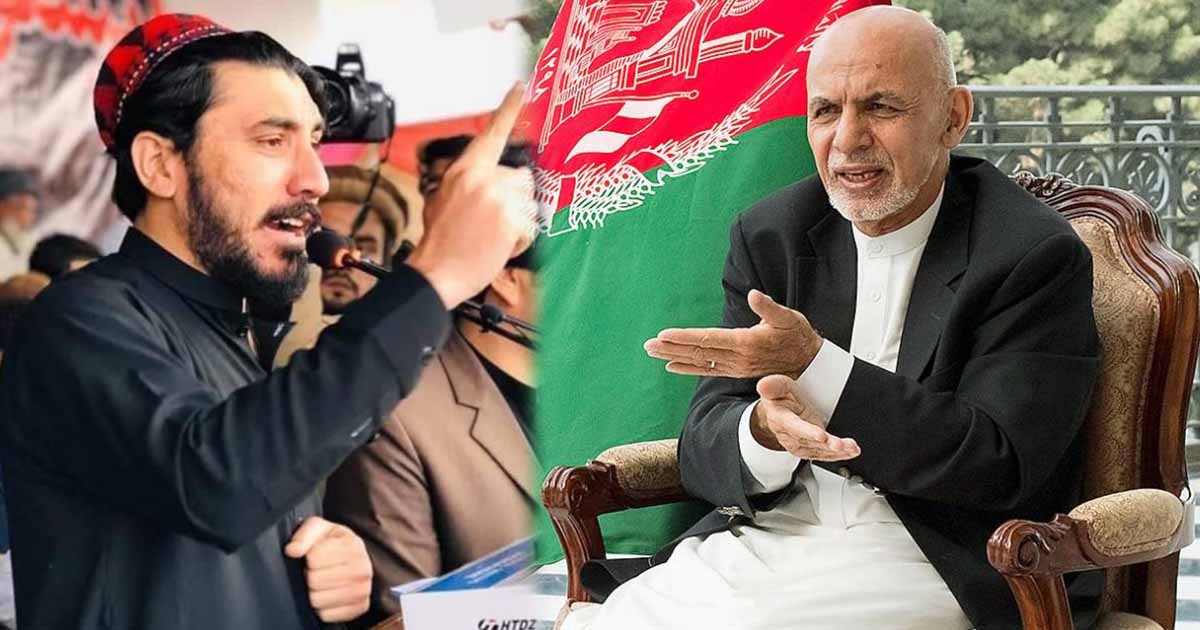 President Ashraf Ghani expressed concern on the arrest of the PTM chief, Manzoor Pashteen. On Monday, Peshawar police had arrested Pashtun Tahafuz Movement chief and sent him jail on a 14-day remand by a judicial magistrate.

I am troubled by the arrest of Manzoor Pashteen and his colleagues. I fully echo the concerns raised by Amnesty International in this regard and hope for their immediate release. While our region is suffering from atrocities caused by violent extremism and terrorism…

He demanded his immediate release adding that a strike on the peaceful civilian movements by governments can aggravate terrorism and militancy in the region. He even extended a piece of advice to the government of Pakistan to solve the dispute through negotiations and dialogues.

Former President of Afghanistan, Hamid Karzai reverberated Ashraf Ghani’s concerns in a tweet. He demanded the immediate release of Manzoor Pashteen and his colleagues. He dubbed the detention of peaceful activists wrong, expressed fear that it could deepen the crisis in the region since the region is already marred with violence and atrocities.

Can’t imagine President Ashraf Ghani would make such an irresponsible statement. It’s a blatant interference in the affairs of another country. Doesn’t help the cause of peace jointly pursued by the US and Pakistan in Afghanistan. https://t.co/um6041hl93

I express deep concern over the arrest of PTM leader @ManzoorPashteen and his colleagues for their advocacy of human rights. While our region is suffering from extremism & violence, the detention of activists who peacefully campaign for the correction of wrongs could deepen the..

Some said President Ashraf Ghani’s response confirms that PTM, and specifically Manzoor Pashteen, is a proxy of Afghanistan in Pakistan, who is on the agenda to destroy and damage Pakistan. Others added that President Ghani’s statement had not only demeaned his stature but has disregarded the efforts of Pakistan to restore peace in Afghanistan.

Others said that he does not have the right to comment or condemn the conduct of other countries when his authority extends to a small radius around Kabul. Pakistani social media users asked him to focus on his country which is the epicenter of terrorism in the region.

They reminded him that Afghanistan with a dilapidated economy, infrastructure, abject poverty, and gross human rights violations calls his immediate attention. Some even added that according to reports Afghan forces had killed more Afghan civilians than Taliban in 2019.

We support corruption purge in Pakistan: Saudi envoy! Yet another blow to Nawaz?