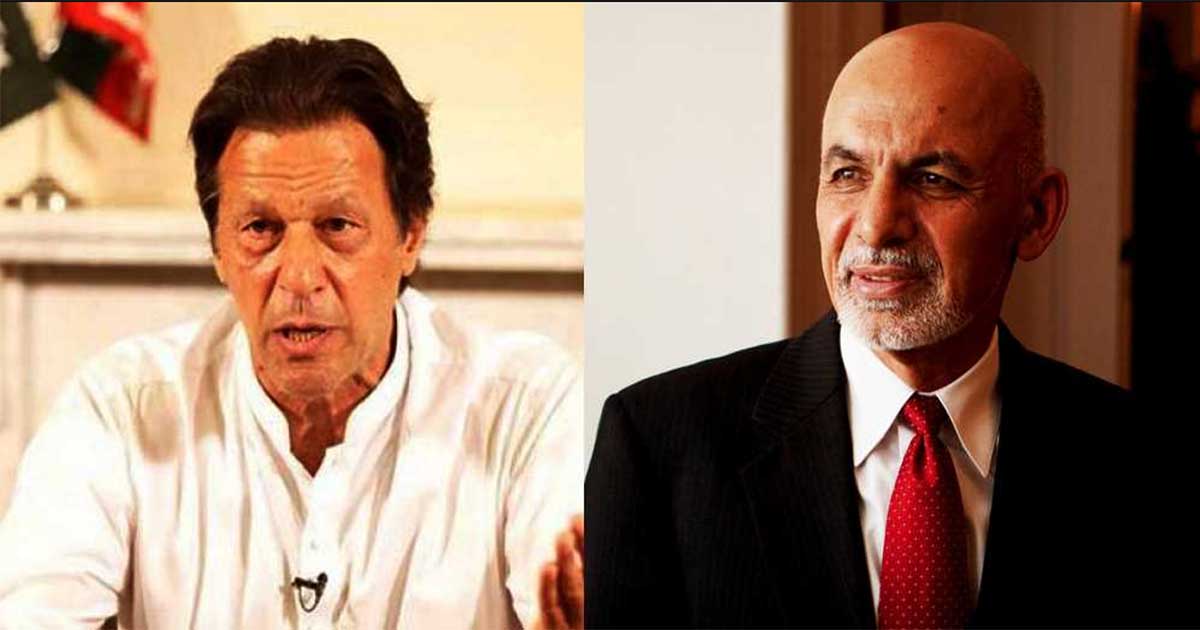 On Sunday, Afghan President Ashraf Ghani and Prime Minister Imran Khan agreed to undertake efforts to reap advantage from the geographic locations of Afghanistan and Pakistan to enhance regional connectivity and realize the true economic potential to boost socio-economic development, poverty alleviation and welfare of the people.

Afghan President Ashraf Ghani had a telephonic conversation with Prime Minister Imran Khan, and a statement issued by the PM Office stated that the two leaders discussed various issues related to peace, security and prosperity in Afghanistan and the region. The two leaders agreed to work towards strengthening bilateral relations between the two countries, and restoring peace and stability in Afghanistan, and across the region.

Prime Minister Imran Khan stressed that Pakistan’s relations with Afghanistan are defined by a “spirit of brotherhood” and the turmoil in Afghanistan has had a damaging impact on Pakistan. PM Khan stated, “The prolonged Afghan conflict had damaged Afghanistan and adversely affected Pakistan over the past many decades.

Read more: US encourages Pakistan Afghanistan talks and reconciliation with Taliban looks on…

For the sake of the two peoples, the aim of the leadership should be to help build peace, promote economic progress, and advance connectivity for regional prosperity.” PM Imran Khan assured the Afghan President of his vision for reaching a peaceful political solution in Afghanistan, one that is “fully owned and led by the Afghans themselves”.

The statement issued by the PM Office noted, “The Prime Minister underlined that Pakistan will spare no effort to advance the common objectives of building peace in Afghanistan and having a fruitful bilateral relationship between the two brotherly countries.” The statement also noted that PM Imran Khan extended an invitation to President Ghani to visit Pakistan to engage in a “comprehensive exchange of views on all issues of mutual interest”.

The official dates of this visit will be decided upon through mutual consultations. The leaders of the two neighbouring states agreed to benefit from the strategic geographic locations of Afghanistan and Pakistan, boost regional connectivity and actualize their true economic potential to eradicate poverty, improve life quality and enhance socio-economic development.

Earlier on 1st May, the Inter-Services Public Relations (ISPR) had issued a statement to announce the martyrdom of three soldiers, martyred in an attack led by 60 to 70 terrorists operating from bases in Afghanistan. The terrorists attacked Pakistan Army troops undertaking fencing efforts alongside the Pak-Afghan border in the Alwara region of North Waziristan.

The Pakistan army launched a swift response and the attack was warded off, claiming the lives of a great number of terrorists. Pakistan’s security forces are determined to their efforts of solidifying border security through fencing efforts and the construction of border forts, which will “deny liberty of action to the terrorists”.

However, Islamabad stressed that the Afghan security forces and leadership needs to have more effective control in the border region, and take greater measures to support Pakistan’s fencing efforts, along with denying use of Afghan soil to terrorists and groups operating against Pakistan.

Dr. Mohammad Faisal, official spokesperson of the Foreign Office, had earlier informed that the Afghan Charge D’Affaires was called to the Ministry of Foreign Affairs, and Islamabad had lodged a “strong protest” to condemn this heinous provocation.

The Afghan leadership was pressed to undertake immediate and effective action to eradicate all terrorist networks operating on their side of the border, and provide assurances that such an incident will not occur again. During a press conference last week, DG ISPR Major General Asif Ghafoor had assured that Pakistan’s fencing efforts cannot be deterred by any obstructive force or element.