Pakistan find themselves "alive and kicking" in the World Cup despite a disastrous start as coach Mickey Arthur warned his unpredictable team were still gunning for the semi-finals. 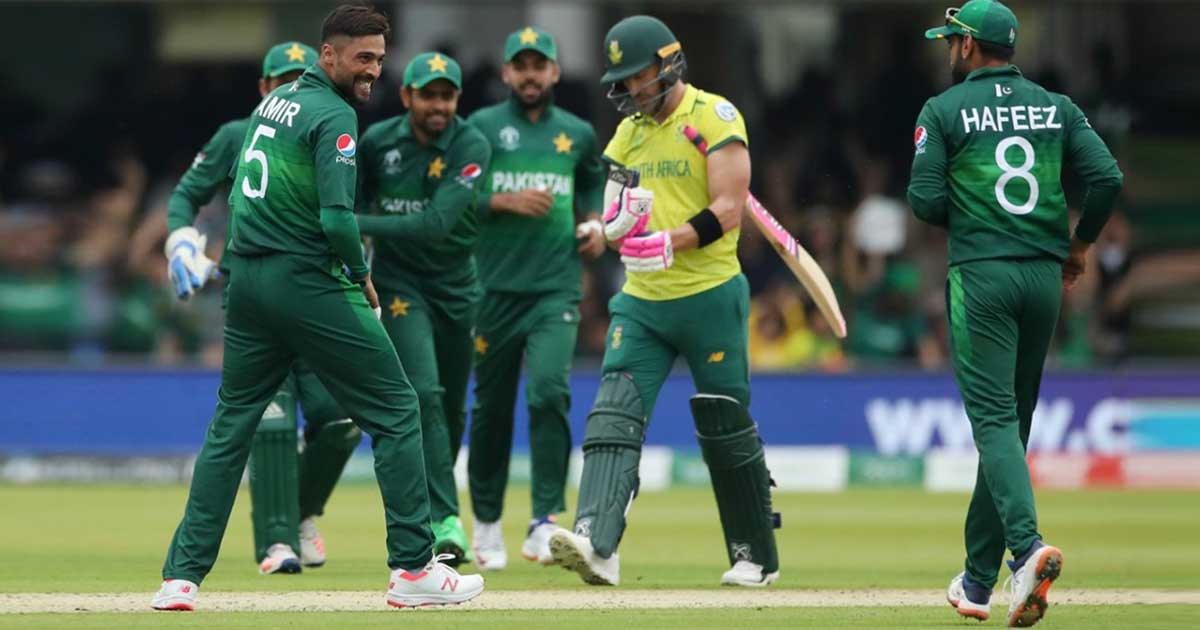 The 1992 champions were on the brink of elimination after losing three of their first five games, including a bruising defeat to arch-rivals India.

But Sunday’s 49-run win over South Africa has kept alive Pakistan’s chances of qualifying for the last four.

They now need to win their remaining three matches against New Zealand, Afghanistan and Bangladesh, and hope other results go their way.

We bowled well; we batted well; we didn’t field well (against South Africa). So when we put three disciplines together, we’ll be exceptional

New Zealand is at the top of the 10-team table ahead of Australia, India and England, followed by Sri Lanka, Bangladesh with Pakistan in seventh place.

However, England, smarting from their upset against Sri Lanka, will be out of the running for the last four if they lose their remaining three games against Australia, India and New Zealand.

Even table-toppers New Zealand can lose their last three and not qualify – a scenario that is giving Pakistan hope. “We are alive and kicking, without a doubt,” said Arthur. “Yes, we are banking on other teams doing us a favor. It probably is – but we’ve got to win three games.”

Arthur said Pakistan, who stunned England earlier in the tournament, can beat any team if they play to their potential.

“When we play our best game, we can beat anybody. Whether that’s New Zealand, Afghanistan, Bangladesh, our remaining games, or England, we showed. “We put our three disciplines together; we are as good as any team in this competition. We are very firmly in the World Cup. We win our next three games, we’ll qualify.”

Arthur said his players came out fighting after their defeat to India in Manchester last week. “Our boys hurt, all of us hurt, incredibly. Guys didn’t sleep much, but they came to the training every day and put in (hard work) in order to try and turn it around, and we got some just reward against South Africa.”

Pakistan still needs to hugely improve their sloppy fielding; dropping as many as five catches against South Africa – three of them by Mohammad Amir.

“Our problem is we haven’t put three disciplines together yet in any game,” said Arthur whose team scored 308-7 against South Africa before restricting them to 259-9. “We bowled well; we batted well; we didn’t field well (against South Africa). So when we put three disciplines together, we’ll be exceptional.” “The closest we’ve got was when we beat England.”

Underlining Pakistan’s mercurial nature, the 14-run win over top-ranked England followed their seven-wicket defeat against the West Indies, when they were shot out for 105 in their opening game.

Najma Minhas - 12 May 2021
KKH as an idea may have deep roots in the shared history and geography of the region! But when the world’s highest paved road network, sometimes called the 8th wonder of the world, was first conceived between Pakistanis and Chinese in the early 1960’s little did they realize that one day it will become a symbol of the CPEC and BRI. KKH led to FWO, an organization that became the first embodiment of the Pakistan-China working relationship.

Jahangir Tareen and Shehbaz Gill hit each other through Twitter

US Secretary of State’s visit to Moscow: new friendship or false dawn?

No interest in talks if US ‘hostile military moves’ continue: N. Korea