Pakistan vs India: Whose navy is better?

Pakistan and India have fought several wars in between and Armed Forces of both countries played a major role in defending their nations. India being several times bigger than Pakistan hold a bigger Navy in terms of number but is it better than Pakistan's Navy? 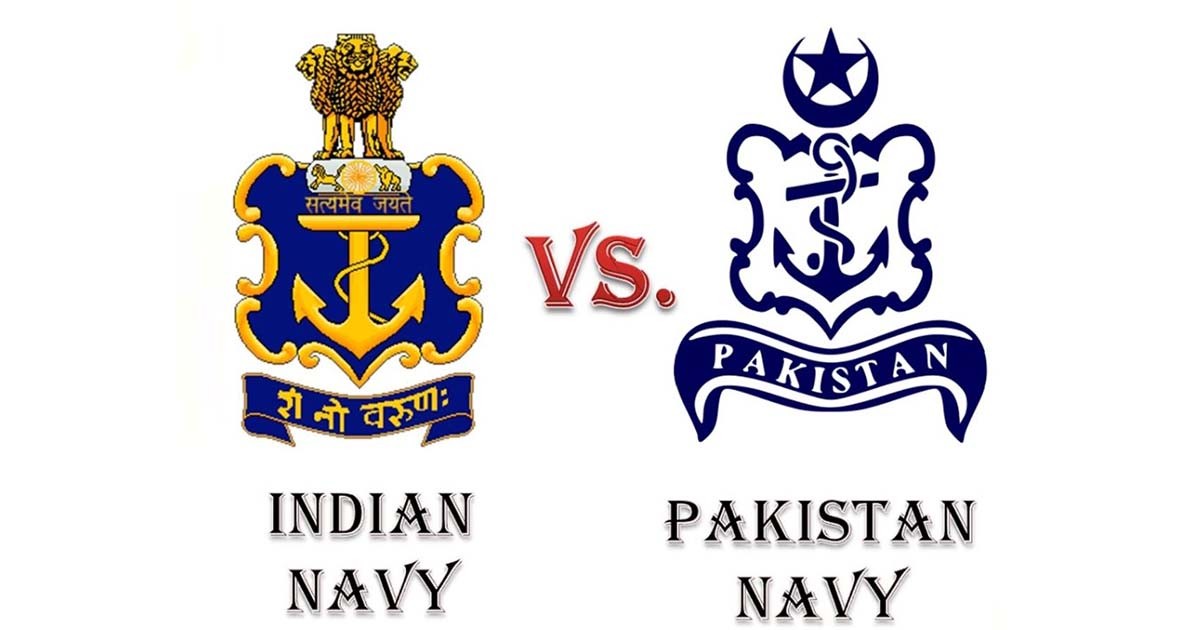 Having a strong naval force is vital for a country’s geo-economic and geo-strategic interests. According to the International Maritime Organization, 90% of all trade occurs through the seas. All great powers in the past 500 years have had navies that secured sea lanes of communication for them in order to guarantee uninterrupted sea-commerce. In South-Asia, Pakistan and India have been competing against each other since 1947. And in the 21st century, this competition is expanding in the realm of maritime security.

A strong navy is necessary to ensure maritime security. Both Pakistan and India are investing in expanding their naval capabilities. Both have their eyes on the latest submarines, warships, tankers, frigates and even air-craft carriers. In addition to that, in the modern age, there is a nuclear dimension to maritime security as well. India and Pakistan have the capability to launch missiles equipped with nuclear warheads up to thousands of miles. Previously, these missiles could be launched from SILOS on land or be dropped by bombers. Now, submarine launched ballistic missiles that can be fitted with nuclear warheads are also part of the arsenal of modern naval forces.

Submarines may hide in the Indian Ocean before launching the strike. Pakistan also needs to have nuclear capable submarines in order to establish ‘nuclear parity’ in the South Asian region and maintain the credibility of its nuclear deterrent.

Total troops in the Indian Navy are estimated to be around 79000 while the Pakistani Navy has 22000, with 5000 in reserve. India has a coastline that spans over 7500 kilometers while Pakistan’s coastline is a little over a thousand kilometers. Naturally, India has had to develop a larger naval force to police its littoral zones.

According to the Center for International Maritime Security, Pakistan Navy in 2015 received a 10% share of defense budget which was $6.6 billion in total. Much of the old naval fleet in Pakistan is about to be retired. That included five French-made ‘Khalid’ class conventional hunter-killer (SSKs) acquired in the 1990s, in addition to two ‘Hashmat’ class SSKs acquired in the 1970s. There are plans to procure four 3000-ton F-22P/’Zulfiqar’ (Sword) class frigates with improved sensors and weapons, including HQ-17 surface-to-air missiles developed from Russian made missiles.

Read more: Pakistan Navy Shows off state of the art naval vessels in…

Previously, these missiles could be launched from SILOS on land or be dropped by bombers. Now, submarine launched ballistic missiles that can be fitted with nuclear warheads are also part of the arsenal of modern naval forces.

In late 2015, Pakistan and China signed a multi-billion dollar deal, according to which eight new submarines will be purchased from China by Pakistan. Four of them will be manufactured in China while the rest will be made at the Karachi Shipyard and Engineering Works (KSEW). They will be available for operations under the Pakistan Navy in 2023 and 2028, respectively. The final four submarines will expand the submarine fleet of Pakistan to 13 submarines. In total, the naval assets of Pakistan-including auxiliaries, aircraft carriers, destroyers, battle cruisers- amount to 235.

Pakistan may choose to expand its naval fleet in the future. The port of Gwadar is all set to become a hub of regional connectivity under the China Pakistan Economic Corridor. China is already expanding its naval presence in the Indian Ocean Region. Both China and Pakistan will cooperate in the future in developing anti-access/area denial (A2/AD) weapon systems in the future. Anti-access weapons or techniques are war-fighting strategies and/or tactics that are meant to prevent an adversary from being able to make incursions into a particular area.

Read more: Indian Army, Navy and Air forces join hands: who is the…

While anti-denial tactics are used to reduce the freedom of movement of opposing forces within a designated area. Both are vital to protecting Pakistan’s maritime interests. India, for its part, is also rapidly expanding its naval fleet. According to an issue brief by the Institute of Strategic Studies in Islamabad, New Delhi has undertaken a rapid modernization of its Navy in a drive to develop blue-water capabilities. The aim is to expand India’s presence in the Indian Ocean and beyond.

There are plans to procure four 3000-ton F-22P/’Zulfiqar’ (Sword) class frigates with improved sensors and weapons, including HQ-17 surface-to-air missiles developed from Russian made missiles.

India intends to have 160-ship fleet by the year 2022, eventually reaching a 200-strong naval force by 2027. Reportedly, India is going to expend $61 billion to upgrade its navy over the next decade. In the next five years, New Delhi hopes to have at least three aircraft carrier battle groups. Around 40 warships and submarines are being built by India at the moment. India also seeks to improve its submarine fleet. The ‘Scorpene’ submarines will be constructed with the help of the state-owned French company DCNS at an estimated cost of $4.6 billion.

From Delhi’s perspective, the increasing presence of China in the Indian Ocean Region is the biggest threat. However, India’s expanding naval capabilities have implications for Pakistan’s security as well. India has already completed its nuclear triad i.e. India can launch nuclear weapons from the Air, the Land and the Sea (via submarines). Thus, in the event of a nuclear war, India will have second-strike capability even if Pakistan manages to wipe out all land-based and air-based facilities for launching nukes.

Submarines may hide in the Indian Ocean before launching the strike. Pakistan also needs to have nuclear capable submarines in order to establish ‘nuclear parity’ in the South Asian region and maintain the credibility of its nuclear deterrent.

Aid cuts by US to hurt Pak-Afghan border monitoring

Evolution of the Kartarpur Initiative