Between Pakistan and India, the idea of nuclear war is actually self-destruction, he said. 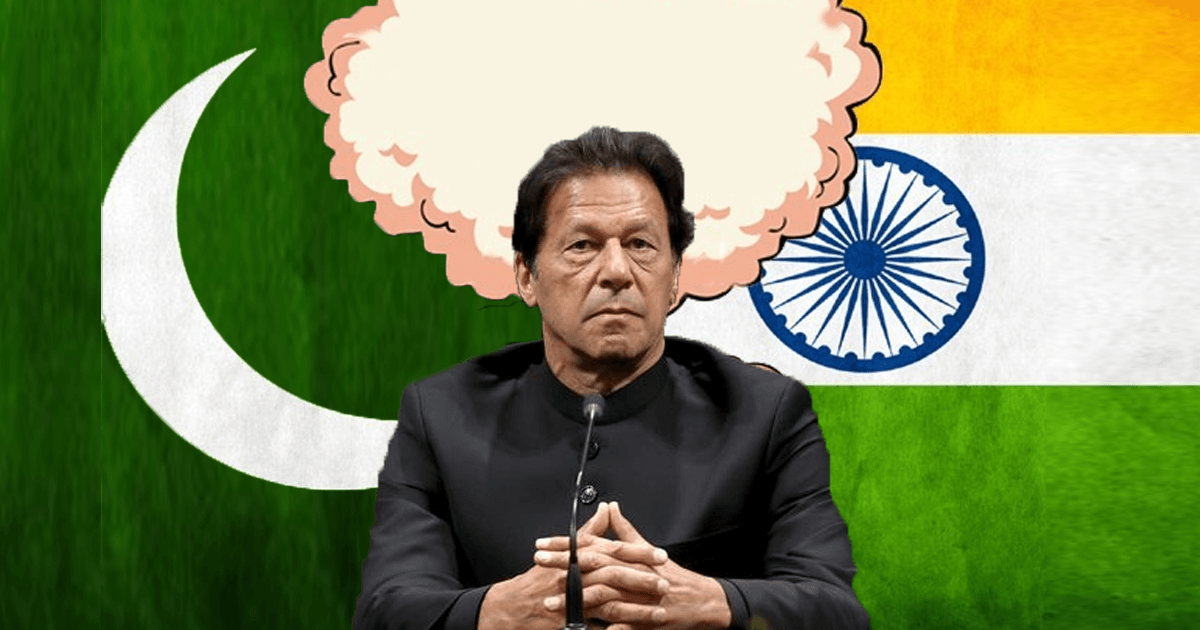 Prime Minister Imran Khan has said that Pakistan can let go of its arsenal of nuclear weapons, if India also lets go of theirs. The PM was speaking in an interview to Fox News host Bret Baier.

“If India said we would give up our nuclear weapons, would Pakistan?” Baier asked.

“Yes,” Khan answered. “Because nuclear war is not an option. And between Pakistan and India, the idea of nuclear war is actually self-destruction, because we have two and a half thousand-mile border.”

About "afia Siddiqui we could nagotiate"
NUCLEAR war is not an option
Btw India and Pakistan war actually is "SELF DESTRUCTION "
said Pm @ImranKhanPTI
InshaAllah u.ll do it
We trust u…..#KhanMeetsTrump #ImranKhanVisitsUS #PMIK_Bring_Afia_Back pic.twitter.com/UuNiACNuzL

The interview came after PM Khan met US President Donald Trump at the White House.

The Prime Minister’s comments about nuclear weapons carry especial importance as Pakistan and India nearly went to war in February. At the height of escalation, fears had been expressed about the possible repercussions of a nuclear war between the neighbors.

Khan  also talked about this in the interview. “Also I think there’s a realization in the subcontinent and there was some incident that happened last February and we again had tension at the border.”

Pakistan shot down 2 Indian jets and captured a pilot alive in February, some days after Indian jets had violated Pakistan’s airspace to carry out inaccurate air strikes in Pakistan’s northern mountainous region. The tensions had been built up after India accused Pakistan of backing the Pulwama attack in Indian Occupied Kashmir, in which 40 Indian soldiers were killed.

The risk of the crisis blowing up into all out war, with possible inclusion of nuclear weapons seemed very much possible. World leaders urged the leadership in both countries to deescalate and show restraint.

“The only reason for 70 years, that we have not been able to live like civilized neighbors, is because of Kashmir.” Imran Khan said. He added that a such a long standing issue between two nuclear armed nations is continuously putting the world on the verge of a nuclear catastrophe.

The issue of Kashmir also came up in PM Khan’s press talk with President Donald Trump. The US President said that India’s PM Modi had asked him to mediate in Kashmir, and he had replied he would happy to do so. PM Khan also added that as the most powerful country in the world it it is the responsibility of the US to find a solution for the longstanding issue of Kashmir.

Previous articleIndia denies Trump’s Kashmir mediator statement: “No such request made”
Next articleProtests against government: Will joint opposition achieve its objectives?

24 July 2021
Previous articleIndia denies Trump’s Kashmir mediator statement: “No such request made”
Next articleProtests against government: Will joint opposition achieve its objectives?