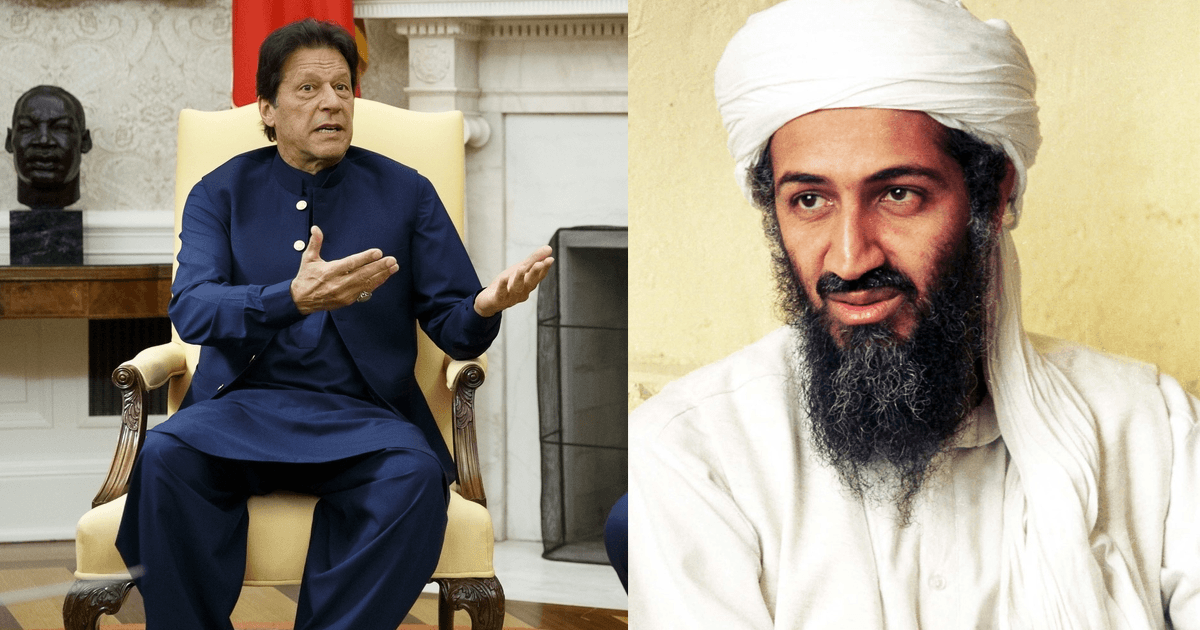 The terror chief was shot dead in a night time raid by US special forces on May 2, 2011, an incident that was a major national embarrassment and caused ties between the two countries to plummet.

Khan, who is visiting Washington on his first official trip, made his claim in an interview with Fox News when he was asked whether his country would release a jailed doctor whose fake immunization drive helped the US track and kill bin Laden in 2011.

“This is a very emotive issue, because Shakeel Afridi in Pakistan is considered a spy,” he told host Bret Baier, referring to the doctor.

“We in Pakistan always felt that we were an ally of the US and if we had been given the information about Osama bin Laden, we should have taken him out.”

Baier then asked if Khan understood the skepticism around the Inter Services Intelligence agency (ISI) for leaking key information, to which Khan replied:

“And yet it was ISI that gave the information which led to the location of Osama bin Laden.

“If you ask CIA it was ISI which gave the initial location through the phone connection.”

It was not immediately clear what Khan was referring to and he did not provide more detail.  He might have been referring to the phone location of Osama bin Laden’s contact who was regularly visiting him.

Though Pakistan officially denies knowing that bin Laden was living on its territory, Asad Durrani, a former spymaster, told Al Jazeera in 2015 that the ISI probably knew where he was hiding and hoped to use him as a bargaining chip before he was killed.

The 9/11 mastermind was tracked down after a 10-year manhunt to Abbottabad, a garrison town north of Islamabad where Pakistan’s military academy is headquartered, sparking allegations authorities were colluding with the terror group.

A leaked Pakistani government report in 2013 said Osama bin Laden arrived in Pakistan in the spring or summer of 2002 — after the 2001 US-led invasion of Afghanistan — and settled in Abbottabad in August 2005.

The report, which coined the term “governance implosion syndrome” to explain the extent of official failures to detect him, said he was once stopped for speeding and enjoyed wearing a cowboy hat.

Two former senior Pakistani military officials told AFP in 2015 that a defector from Pakistani intelligence assisted the US in its hunt for bin Laden, but denied the two countries had officially worked together.

Rise of authoritarianism in the world, will Pakistan follow suit?