Pakistani civil and military leadership has apparently convinced the Arab allies that the Kuala Lumpur Summit 2019 is neither against the interests of Saudi Arabia nor it is an attempt to build any other bloc to challenge the role and scope of the OIC. Will assurances given by Pakistani top leadership work? 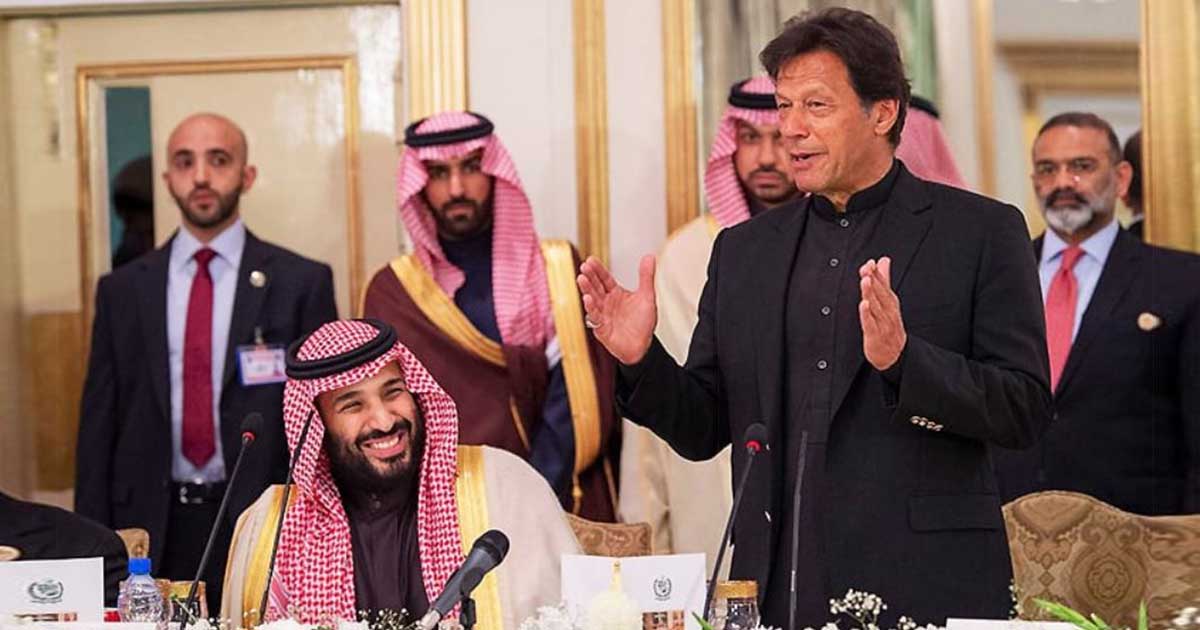 Pakistan has assured Saudi Arabia that it will not become part of any initiative, which might undermine the kingdom’s interests, as Prime Minister Imran Khan is scheduled to attend the Kuala Lumpur Summit 2019 – seen as an alternative to the Organization of Islamic Cooperation (OIC). There were reports suggesting some ‘serious’ reservations of the Saudi political leadership regarding the upcoming summit in Malaysia.

At the outset, it is important to recall that Saudi Arabia was the first country to extend a financial aid package to the PTI government in order to deal with the balance of payment crisis.

Riyadh is also a key player in helping Pakistan improve its ties with the United States. It is believed that the Saudi crown prince had helped PM Imran secure the White House invitation in July this year. “While Pakistan may strive for improving ties with other Muslim countries, it will never undermine Saudi interests,” said another official.

GVS learned through diplomatic channels that Saudi Arabia has been upset with the event being hosted by Malaysian Prime Minister Mahathir Mohamad and likely to be attended by leaders from Turkey, Iran, Qatar, Pakistan, and Indonesia.

The absence of Saudi Arabia and its Arab allies at the meeting, to be convened from Dec 18 to 21, and the presence of Turkey, Qatar, and Iran – with whom Riyadh doesn’t have good relations – have raised eyebrows with observers seeing it as a move to create a new Islamic bloc.

The matter turned from bad to worse since the Malaysian prime minister has publicly stated that the Kuala Lumpur initiative offers an alternative to the OIC, which many believe has failed to project Muslims’ perspective in the face of multiple challenges. But Riyadh feels such a bloc would undermine its role in the Islamic world.

Against this backdrop, there have been a flurry of visits by the Pakistani civil and military leadership to Saudi Arabia and its Arab allies.

Within days of Foreign Minister Shah Mehmood Qureshi’s visit to the Saudi capital, Premier Imran dashed to Riyadh for a meeting with Crown Prince Mohammed Bin Salman Al Saud. This was his fourth visit to the Kingdom since May but it came in view of the concerns expressed by Saudi Arabia over Pakistan’s acceptance of the Kuala Lumpur summit invite.

While the Prime Minister was in Riyadh, army chief General Qamar Javed Bajwa was in the United Arab Emirates (UAE) in what appears to be a coordinated move to assuage the apprehensions of the Arab leaders regarding the Malaysia gathering.

A senior Foreign Office official said that the Prime Minister has assured the Saudi leadership that Pakistan would not become part of any new Islamic bloc if it works against Saudi interests. “On the contrary, our approach is to work for unity among all Muslim states,” said the official.

The official pointed out that Pakistan’s efforts to seek rapprochement between Iran and Saudi Arabia and also between Riyadh and Doha was a testament to the fact that “we are for unity in the Muslim world”. “Any conflict between the Muslim countries doesn’t serve Pakistan’s interests,” the official added.

“No misunderstanding between the Kingdom and Pakistan”

Foreign Minister Qureshi has also dispelled the impression that there was any misunderstanding between Pakistan and Saudi Arabia over the Kuala Lumpur summit. He clarified that the Malaysian Prime Minister had sent his foreign minister to Saudi Arabia to extend an invitation for the summit.

Prime Minister Imran, during his meeting with the Saudi crown prince, stressed the need for resolving the Middle East disputes and differences through diplomatic means.

He said Pakistan would continue to facilitate all efforts in that direction “with a view to precluding conflict, defusing tensions and preserving peace for the benefit of the region and the world”. But at the same time, he emphasized the strategic importance of Pakistan-Saudi relationship and termed it a pivotal partnership for peace, progress, and prosperity.

Would Saudi Arabia be convinced with Pakistan’s assurances? The official, who spoke on the condition of anonymity, replied in the affirmative. That might be true as the Saudi crown prince, in a special gesture, personally saw Prime Minister Imran off at the Riyadh airport after his visit.

Alarm bells ringing in Iran over political turmoil in Lebanon

Risks rise as US warns Iran with aircraft carrier