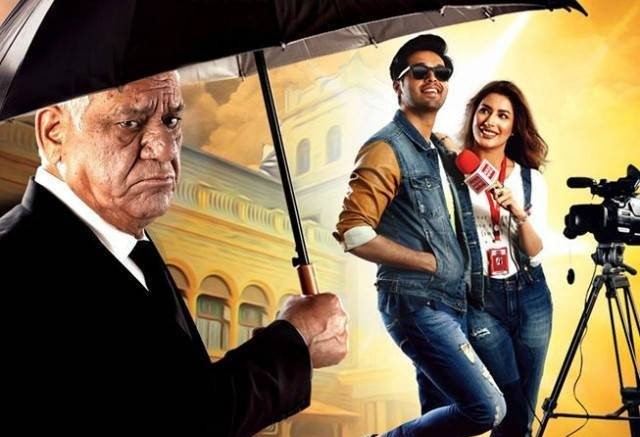 Fahd Mustafa’s and Mehwish Hayat star in Actor-in-Law is set for the screening in Mumbai on August 10th, 2018. The film featured late legendary actor Om Puri in a prominent role. He played the father of Fahd Mustafa in the movie.

The movie will be screened at Harkisan Mehta Institute in the honor of Om Puri since Actor-in-Law was amongst the last few films of his career before he passed away in January 2017. Earlier the film was premiered at Rajasthan film festival.

According to the film producer, Fizza Ali Meerza, this was only our second film and Om said that he would have done it had it been produced by a big studio. Puri loved the script and did it on a friendly basis. On our part, we ensured that we hosted him well and he did the same for us when we visited India. There’s not a single day when we don’t think or speak of him.” She further informed that Om Puri did not charge for the film.

Pakistan’s entertainment industry is heading towards reviving its lost glory after a long phase of downfall. The enthusiastic filmmakers of the second phase have recaptured the attention of the audiences with some of the marvels like ‘Cake’, ‘Namaloom Afraad, Teefa in Trouble, ‘Punjab Nahi Jaoungi’and Mah-e-Mir. Such movies have brought international acclamation to the domestic productions.

Pakistan despite offering a huge market for the Bollywood films confronts obstacles when it comes to the screening of its movies in India mainly due to political tensions between the two countries.

In recent years, however, the calls for peace between the two countries are echoing within the circle of Bollywood. The celebrities including Shabana Azmi and Om Puri have urged for the promotion of peace between the countries and enhanced contact through art and culture.

Will Mahira get her revenge in Verna?