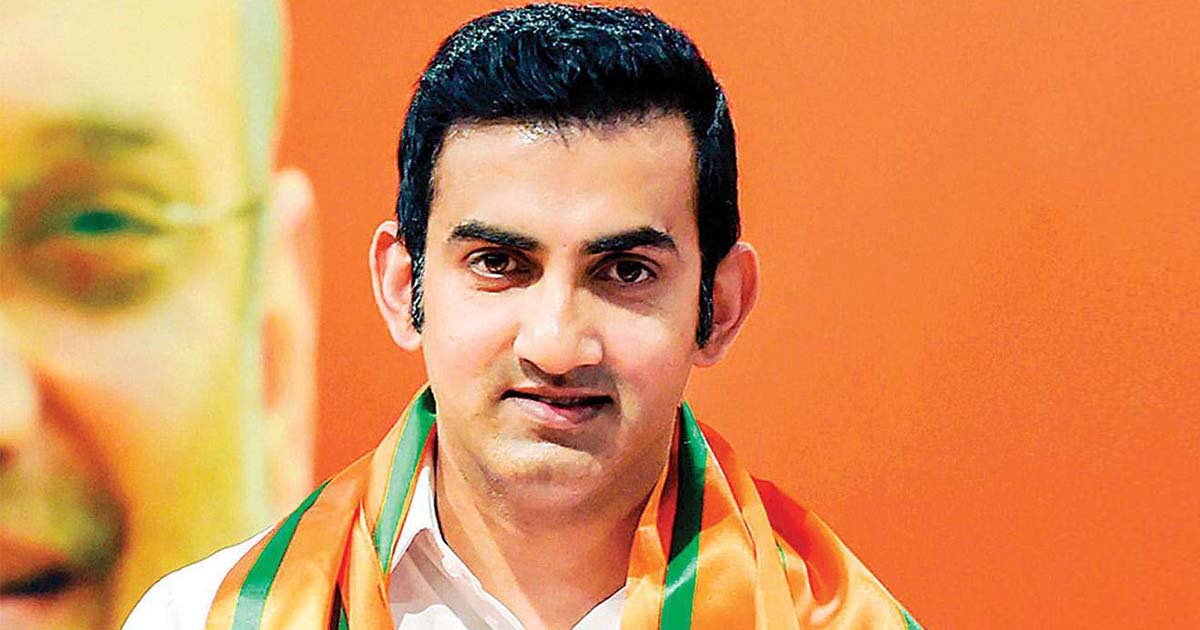 On this day, we wish all Indians @narendramodi @GautamGambhir with their challenges. #WorldMentalHealthDay

I know its not easy being mentaly sick
its not easy to face normal people when they call you "pagal"
I am sorry. But, U are a Pagal.
& you hv to consult a good psychiatrist, if u want a normal life
Plz @GautamGambhir go to the doctor ASAP#WorldMentalHealthDay#Getwellsoongambhir https://t.co/fHK24Mj3nS

Gambhir runs a relentless spiteful campaign against Pakistan, with his messages on Twitter ranging from denigrating prominent Pakistani celebrities, armed forces to threatening the people of Pakistan with war and destruction.

He argued that PM Khan undermined his stature of a role model is a former cricketer. Gambhir’s tweets described Imran Khan as unethical, and a person of weak character.

Being a BJP-parliamentarian, Gambhir seems to have resigned to the sentiments of jingoism, and Hindutva‘s calls for erasing the Muslim population and destroying Pakistan. Gambhir has even defended India’s dissolution of Article 370 and 35-A on Kashmir.

Despite being a cricketer, Gambhir strongly opposes the friendly relations with Pakistan. He even denounced Pakistan’s announcement to invite Manmohan Singh for the Kartarpur Corridor invitation.

He called Pakistan’s announcement to invite former Indian PM Manmohan Singh for Kartarpur Corridor’s inauguration on 550th Baba Guru Nanak birth anniversary, a political move. Adding that, It is up to Congress to decide whether they want to send Manmohan Singh or not. Navjot Sidhu went and hugged General Bajwa and only one person opposed the move- Captain Arminder Singh.

Today is #WorldMentalHealthDay. We wish all the best to @GautamGambhir . Get well soon bro.

The former Indian cricketer jeered at Pakistan for providing foolproof intense security to the Sri Lankan team, who is currently on a visit to Pakistan, amid the allegation of bluffing several flat buyers in Delhi and embezzling millions from them.

Covid stats see a dip in Pakistan; a ray of hope?