Prime Minister Imran Khan made it clear that the Pakistani nation will fight to the death for its freedom should there be a conventional war with India. He pledged to highlight the oppressive and brutal nature of the Modi-led Indian regime and its human rights violations across the valley 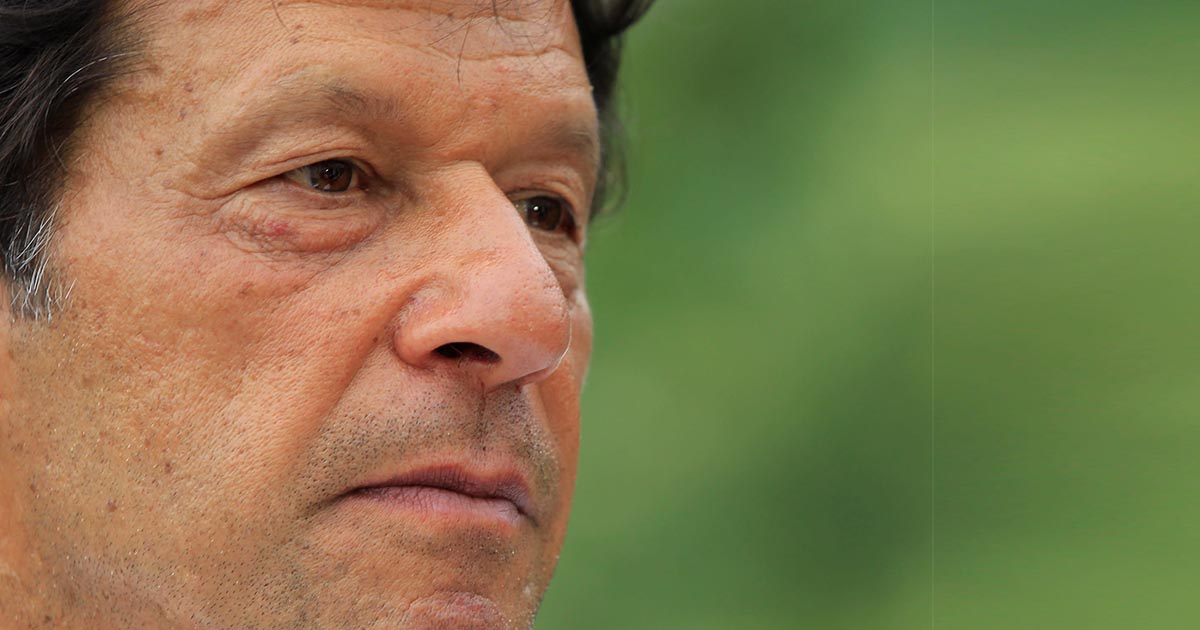 Prime Minister Imran Khan has assured the Narendra Modi-led Indian government that the Pakistani nation will “fight to the death for their freedom” in case of a conventional war with India. He also assured the people of Kashmir that he will work tirelessly to expose the human rights abuses committed by Indian throughout the longstanding Kashmiri struggle for independence.

"If say Pakistan, God forbid, we are fighting a conventional war, we are losing, and if a country is stuck between the choice: either you surrender or you fight 'til death for your freedom, I know Pakistanis will fight to death for their freedom…"https://t.co/WP4krfYWUh— Rishi Nagar🍁 (@RishiKNagar) September 16, 2019

Speaking to Al Jazeera, Prime Minister Imran Khan said, “If say Pakistan, God forbid, we are fighting a conventional war, we are losing, and if a country is stuck between the choice: either you surrender or you fight ’til death for your freedom, I know Pakistanis will fight to death for their freedom.”

Fight to the End

Prime Minister Imran Khan clarified that Pakistan will never be the first to start a war, but should it find itself forced into war, the nation and the army will fight to the end. The Premier said that he is “anti-war” and he firmly believes that “wars do not solve any problems.”

He said that Pakistan seeks to avert the potential disaster of nuclear war by inviting international mediation, as the repercussions of a nuclear war will stretch beyond the south Asian region. He said, “So that’s why we have approached the United Nations, we are approaching every international forum, that they must act right now because this is a potential disaster that would go way beyond the Indian subcontinent.”

I especially welcome the statement by the UNHCHR in Geneva today. I call upon the UN Human Rights Council to immediately set up the indep Investigation commission to probe human rights abuses in IOJK as recommended by the UNHCHR's two reports on Kashmir. The time to act is now. pic.twitter.com/Xy8hfkDwe2— Imran Khan (@ImranKhanPTI) September 9, 2019

No Question of Talks with India

Prime Minister Imran Khan stated that there no longer remains a question of initiating talks with India after New Delhi’s unlawful and unilateral move of revoking the special constitutional status of the Kashmiri people.

He said, “There is no question of talking to the Indian government right now after they revoked this article 370 of their own constitution and they annexed Kashmir illegally against the UN Security Council resolution which had guaranteed the people that they would be able to hold a referendum, a plebiscite, to decide their destiny.”

Read more: I shudder to say ‘Genocide’ but I must: FM Qureshi worries for Kashmir

Earlier in an interview with Russian broadcasting channel RT, Prime Minister Imran Khan condemned the Narendra Modi-led government’s decision to use blatant force to subdue and oppress the Kashmiri people and intimidate them into accepting the unlawful decision of abolishing Article 370 of the Indian Constitution.

The premier said that India has been usurped by a “fascist, racist government” and the extremist ideology of the Hindu supremacist organization, the Rashtriya Swayamsevak Sangh (RSS).

The world cannot feign ignorance as it did at Munich in 1938. The fascist, Hindu-Supremacist design of the Modi Govt with its ethnic cleansing & genocide of Muslims' agenda in IOJK, in India itself (Assam) & beyond into AJK is now overt for all the world to see.

He also lamented that the international community has a great responsibility, and so far, he observed that the world has not reacted in the manner that is befitting. He said, “The UN has the responsibility to act now,” he said. “The US, France, Germany, Russia and other countries should step forward to play their role.”

He stressed that contrary to New Delhi’s claims, Kashmir is not an internal matter of India, but in fact, it is an internationalized issue as per the United Nations Charter, and multiple UN Security Council resolutions. He demanded that the Indian government must hold a plebiscite or referendum to give the Kashmiris their justified right for self-determination, as deliberated by the UNSC resolutions decades ago.

Tensions between the nuclear-armed South Asian rivals continue to soar, and hit a new low after New Delhi unilaterally and unlawfully abolished the partial autonomous status of the disputed Himalayan territory of Kashmir.

In February, the two nations engaged in a full-swing military escalation after India Air Force attempted to carry out the botched Balakot Strike, and shortly after, the Pakistan Air Force shot down an Indian fighter jet, arresting Indian Wing Commander Abhinandan Varthaman.

Since gaining independence from British colonial rule in 1947, the two countries have fought two of their full-scale wars over the Kashmir dispute, which has now become a flashpoint for a nuclear conflict.

US strikes at India-Russia defense ties

Why US created Afghan transit route?

How India is planning to erase Kashmir as Israel erases Palestine