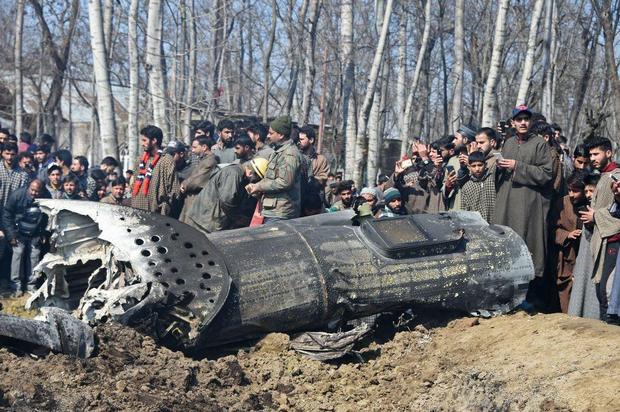 Indian Vice Chief of Army Staff, Lieutenant General Sarath Chand has recently acknowledged that Pakistan’s Defense Production base is bigger and working more efficiently than India. He pointed out that Pakistan exports more defense products than its much larger rival in the east. He blamed “lack of accountability” as the reason for a weak military industrial base in his country.

Pakistan and India, regional rivals locked in an existential battle since the troubling division of British Empire in South Asia, have been in an arms race for the past many decades. This arms race ranges from the import of latest weaponry, nuclear capabilities and increasing indigenous production. As an economic extension of this battle both Pakistan and India have also started exporting military products that include tanks, aircraft, and warships in addition to a range of smaller weapons.

“There is no competition whatsoever… I would even go to the extent of saying that Pakistan probably has a better industrial base, as far as defense production is concerned, than our country. In fact, they export defense equipment abroad, definitely more than what we are doing,”-Lieutenant General Sarath Chand

The Pakistani military, facing and fearing repeated US and western sanctions in 1990’s decided to embark on “Self Reliance”. This paradigm shift has helped it to establish itself as one of the most self-sufficient armed forces in the developing world – outside the bloc of major powers.

Pakistan has two ordnance factories which come under the banner of the POF (Pakistan Ordnance factories). Established in 1951, POF is the largest state owned defense manufacturer in Pakistan. Besides being the main supplier of Pakistan Armed Forces and the law enforcement agencies, POF exports to a number of countries across Africa, Middle East and Latin America. Angola, Bahrain, Bangladesh, Bolivia, Chad, Chile have thus emerged as importers of Pakistani weapon systems – the list is increasing and getting diversified after every international defense exhibition. A recent report by country’s leading paper, Dawn suggested that this particular list was as big as 40 countries and an increasing source of foreign exchange earning as mentioned by Lt Gen Omar Mahmood Hayat, Chairman POF.

“During the current fiscal year, POF has secured export order worth $81 million, and Saudi Arabia remains the biggest importer of arms and ammunition from Pakistan,”-Lt Gen Omar Mahmood Hayat

Pakistan has also established its reputation in the production of heavy weaponry such as tanks and aircraft. The Heavy Industries Taxila and the Pakistan Aeronautical Complex Kamra are responsible for some of the worlds most affordable, modern day fighting machines in production today. With the Al Khalid tank and the JF-17 being the products with a high demand.

“Details on defense exports are closely guarded and Pakistan’s statistics bureau doesn’t include the data when measuring the nation’s trade, which showed a deficit of $2.96 billion in January, widening 75 per cent from a year earlier,” Bloomberg

The reason as mentioned above, Pakistan which was once the third largest importer of weaponry, wanted to become capable of self-equipping its own armed forces. This became somewhat of a reality as Pakistan Air Force (PAF) started to induct the Pakistan-China jointly produced multi-role combat fighter, JF-17’s in its inventory. Number 16 Squadron which previously had The A-5 aircraft, Number 2 Squadron which previously flew the Chinese F-7 aircraft are now flying indigenously produced JF-17. Other PAF units have also started inducting JF-17 fighters in their inventories. As for the Al Khalid Tank, an estimated 600 combat machines are already in service.

“We make our own weapons”

“POF was [previously] fulfilling the requirements of [Pakistan] army only but now security needs of other civil forces and law-enforcement agencies are also being met,” Chairman Lt. Gen. Muhammad Ahsan Mehmood

More than 20 major public and over 100 private sector firms are engaged in manufacturing defense-related products in Pakistan. A majority of Pakistan’s weaponry is produced by industries which fall under the government management whilst the private sector firms produce small supportive equipment only. This production not only adds to foreign exchange revenue but also reduces the fiscal pressures of imports for most regular weapon systems.

“Production of LSR sniper rifle has also been started at POF, with a unit cost $6500 compared to the import price of $12,500 per rifle.”-Lt Gen Omar Mahmood Hayat

Pakistan has started to plan ahead to make not only their own planes and tanks but guns as well. The POF has reported that they have started work on assault rifles to replace the in-service, G-3. G-3 which was a Pakistani modified version of a German assault rifle has served the country well for more than three decades – but its now time to move beyond it. The country’s premier weapon factory has also equipped the national armed forces with the first indigenous ‘Made in Pakistan’ sniper rifle. The AZB a .308 caliber sniper rifle has a fully adjustable stock for a length of pull, comb height and adjustment of the recoil pad in both axes.

The competition, between India and Pakistan, to secure emerging international markets in defense production is not settled by any means. While Pakistan has developed an edge, comments by Indian Vice Chief of Staff, indicated that India will struggle to catch on with its regional rival in this area.

Najam Hassan is studying at the National University of Science and Technology (NUST). His specialization is in Mass Communication but has a special interest in the coverage of military and technology.

Ayaz Muhammad Khan - 18 September 2021
Ayaz Muhammad Khan, a certified computer trainer thinks Pakistan should go to an arbitration court in ICC for very heavy compensation as New Zealand has damaged Pakistan cricket immensely. He thinks this action might be a result of 5th generation warfare.