Things are taking a turn as the country’s trade deficit fell by 34 per cent in the first four months of current fiscal year led by a paltry growth in exports and a double digit decline in imports of non-essential products. 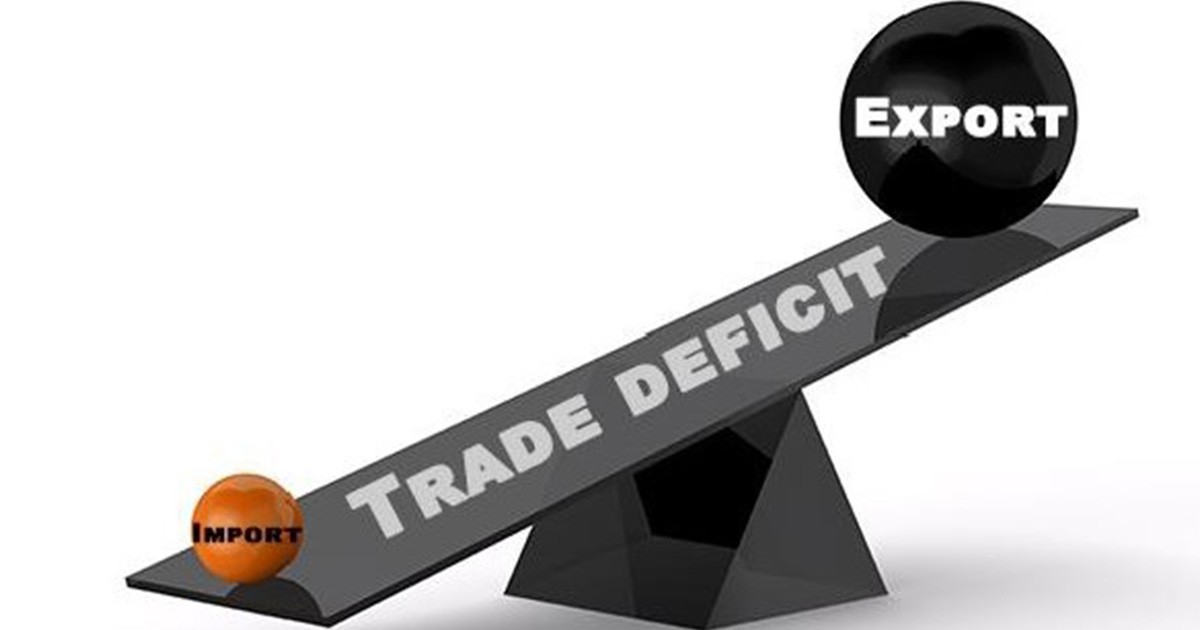 Pakistan’s economic slowdown wreaked havoc as people on all sides of the political spectrum protested their distress. In order to address the twin deficits, stabilization measures were undertaken which slowed down growth to 3.3% in FY19, a 2.2% decline compared to previous fiscal year.

Exchange rate was allowed to depreciate a whopping 25.5%, development budget was cut, energy prices increased, the policy rate raised by 57 bps, and the average headline inflation increased to 7.3%.

However, things are taking a turn as the country’s trade deficit fell by 34 per cent in the first four months of current fiscal year led by a paltry growth in exports and a double digit decline in imports of non-essential products.

The data showed trade deficit in the first four months dipped to $7.77 billion from $11.69bn over the corresponding period last year, reflecting a decline of $4.19bn or 33.52 per cent.

The trade deficit has been on the declining trend in the ongoing fiscal year mainly due to government’s corrective measures to slow down imports in order to reduce pressures on foreign exchange reserves and slump in overall demand, data released by the Pakistan Bureau of Statistics (PBS) showed on Thursday.

On a monthly basis, the trade deficit fell by 29.43pc to $2.05bn in October from $2.9bn over the corresponding month last year.

In a tweet, Adviser to PM on Commerce Razak Dawood said the statistics for Jul-Oct indicate annual trade deficit may decrease by $12bn to $19bn in the ongoing fiscal year from $31bn during the last fiscal year. This improvement, coupled with workers’ remittances, will positively address Pakistan’s current account deficit woes.

The REDUCTION in TRADE Deficit by 1/3 is in line with the trend of Q1 of 2019-20.This will significantly contribute to reduction in the Current Acct Deficit & will save precious foreign exchange.#Pakistan pic.twitter.com/easYzE5m9W

He said for the first time in last 15 years, exports are rising and imports are decreasing simultaneously. The increase in exports is even more significant in terms of quantities—showing increased production and economic activity in export-oriented sectors, he added.

A number of measures have been taken in this regard which helped in reducing the import bill and simultaneously formed a stimulus for sustainable economic growth by improving competitiveness and efficiency of the industry especially export oriented and import substituting units and reducing anomalies and cost of doing business.

The largest decline in imports was for transport and machineries, because of the slowdown in investment and industrial growth, followed by food items and metals. However, petroleum related imports continued to grow (5.0 %), albeit at a lower rate than last year. Therefore, we observed the entire decline of 4.9% in payments during July-April FY19 from non-energy products. As CPEC power projects neared completion there was a sharp decline in import payments for power generation and electrical machinery.

Trade stats for Jul-Oct 2019 indicate that annual trade deficit may decrease by USD 12 billion to USD 19 Billion (from 31 $ billion) in 2019-20. This, coupled with workers remittances, will positively address our Current Account Deficit woes. #PakistanMeansBusiness pic.twitter.com/yFfpaVfhfZ

Dawood said the reduction in trade gap due to sharp drop in imports is in line with the trend of first quarter of 2019-20.This will significantly contribute to reduction in the current account deficit and will save precious foreign exchange.

Contrary to this, exports grew by 3.81pc to $7.54bn in July-October, against $7.27bn during the same period last year. The numbers are discouraging, as exports, which should have grown over the last few months owing to multiple currency depreciations, have failed to pick up.

Read more: Economy – Why is it going wrong?

The incumbent government has taken several measures to curtail rising import bill since coming into power in August 2018.

Some were quick to associate the increase in exports to currency devaluation which would make them cheaper. However, it is argued exports did not respond to the exchange rate depreciation, as regaining competitiveness after an extended period of an overvalued exchange rate will take time.

In the budget 2019-20, the government reduced cost of raw materials and semi-finished products used in exportable products by exempting them from all customs duties. Government also promised to provide sales tax refund to exports sectors.

Government took several initiatives to increased home remittances in FY2018-2019, which contributed heavily to a shrinking deficit. The measures taken include an extension in home remittance services, incentive schemes for financial institutions, rationalisation of M-Wallet Scheme, and the Second Pakistan Remittance Summit.

Pakistan’s real GDP is expected to decelerate further to 2.4% in FY20 as the government pursues its tightening fiscal and monetary policies but it is expected to recover to 3.0% in FY21 as structural reforms and competitiveness take effect.