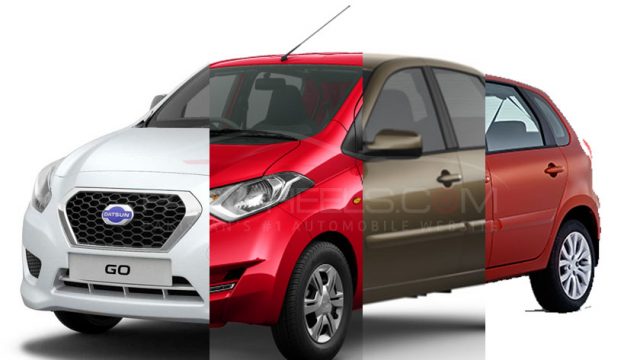 Ghandhara Nissan is likely to get government permission for resuming production of cars in Pakistan as the Board of Investment (BOI) and the Engineering Development Board (EDB) have agreed to treat the company’s plan as a Brownfield investment.

The automaker is all set to receive the green light from the government to resume production of its cars. The Board of Investment and the Engineering Development Board are reportedly going to give the go-ahead soon to the automaker.

Read more:  Chinese Vs Japanese in Pakistan: Will the Chinese topple Mehran after…

Ghandhara Nissan was incorporated on August 8th, 1981 in Pakistan as a private limited company and was later converted into a public limited company on May 24th, 1992. It started vehicle production in December 1996, but after about 14 years production came to a halt. Its car assembly plant has remained inactive since 2010.

It is expected that the company’s plan to be treated as a Brownfield investment. Under the Brownfield category, Ghandhara Nissan will be allowed to import auto parts at lower rates of customs duty for a period of three years. Nissan Gandhara will be able to import auto parts that are not produced locally at a lower 10% customs duty and those that are manufactured in the country at 25% duty for the manufacturing of cars and LCV’s (Light Commercial Vehicles) i.e. loaders and semi-trucks.

The company will also be able to import auto parts at the same rates for local and non-local parts for manufacturing of trucks, buses and prime movers for a period of three years.

The Automotive Development Policy 2016-21 outlines two categories of investment with different incentives. “Greenfield investment” is defined as the installation of a new and independent assembly and manufacturing facility by an investor for the production of vehicles the make of which are not already being assembled and manufactured in Pakistan. Renault is the latest Greenfield investment in Pakistan which is to start production later this year.

In the second category, brownfield investment is defined as the revival of an existing assembly or manufacturing facility that has been lying shut since before July 1st, 2013 and the brand has not been in production in the country since.

A senior EDB official told a local publication that Ghandhara Nissan had been under scrutiny for a long time after its application for acquiring the Brownfield status. Gandhara Nissan had assured the government that the company wanted to make a total investment of $200 million by reviving the closed plant. The company had also told the government that it would take the planned $200-million investment to Algeria if it was not placed in the Brownfield investment category.

Last year, French automaker Renault, which has acquired the permit to assemble cars in Pakistan with an Emirati company, had earlier engaged in talks with Gandhara-Nissan. Soon after, Renault suspended talks with GHNL, according to a stock notice.

GHNL informed stock investors that the company, in collaboration with a potential partner, was in talks with Alliance (Renault plus Nissan). However, owing to commercial reasons, GHNL’s arrangements with the potential partner could not materialize. From then on, Nissan had been in discussion with GHNL while Renault suspended talks, the stock notice said. Nissan later signed an agreement with GHNL. “They, however, shared their view that Pakistan is an alliance project and they aim to select only one partner for Renault and Nissan models in Pakistan,” the notice added.

Ghandhara Nissan will resume vehicle assembly with technical assistance and purchase of auto parts from Japan’s Nissan Motor Co. Nissan currently manufactures vehicles in 20 countries around the world including Japan.

For the past few decades, three automakers have dominated the Pakistani market with their staple vehicles, leaving consumers with little choice except buying their products. This year, experts have predicted a major shift in dynamics with international players entering the market. France’s Renault and South Korea’s Kia and Hyundai are teaming up with domestic investors to launch their vehicles in Pakistan. Other foreign and domestic assemblers and manufacturers are also making strides to introduce their cars in the country.