Pakistan’s real challenge is to improve its soft power 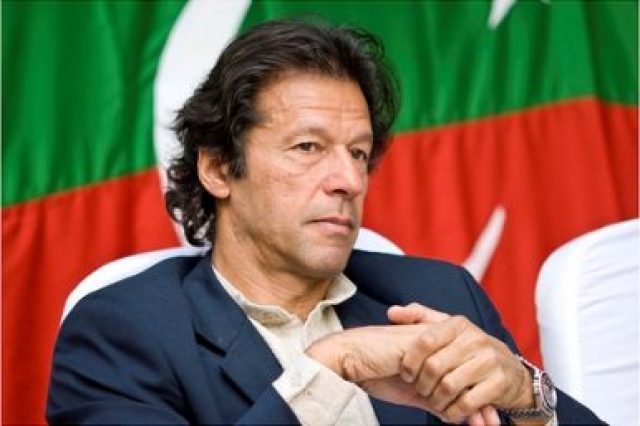 Kudos to Pakistan Army! Exclusively to Air Force for shooting down two Indian aircraft violating Pakistani airspace; it was, for sure, an exemplary display of hard power that Pakistan has earned through the indefatigable industry and selfless devotion of our armed forces which they cherish for the noble cause of defending the frontiers of our country under all circumstances.

Undoubtedly, Pakistan possesses one of the best-armed forces of the world which is equipped with modern and sophisticated weaponry and equally efficient command and control system. Above all, it is a nuclear power a capability that always deters its adversaries to launch an all-out war against it. Surprisingly, Indian Premier Modi also admitted the superiority of Pakistan’s military in recent confrontation between India and Pakistan. All this suggests that Pakistan maintains hard power to an unprecedented extent.

But in today’s world, the enemy is not wholly vanquished only through the hard power; the soft power is fairly necessary to outshine the rivals in the realm of global perception warfare. Soft power excessively contributes in building-up the soft image of the country and helps improve the perception of the country abroad. Therefore, the perception warfare should also be given equal concentration in fight with the opponents.

On the contrary, our chronic adversary India realizing the importance of soft power has worked a lot to enhance its soft power and thereby succeeded in projecting its soft image to the world.

Joseph Nye, renowned US academic defines soft power as “the ability to get what you want through attraction rather than coercion or payment”. He adds “it includes culture, values, and foreign policies”. But soft power does not exclude hard power; it supplements and augments it. This is why more current term today is smart power—which is an amalgam of soft and hard power. This is what our country Pakistan is in dire need of. Our country is good at hard power but requires much effort to enhance its soft power.

Unfortunately, despite having enormous potential, our country has not exploited its soft power at its maximum. Resultantly, “the epicenter of terrorism”, “international migraine”, “the safe haven of the terrorists “and “rogue state “are the few appellations that the world community has conferred upon it. FATF has also put our country in greylist. Inter alia, more recently, when Pakistan objected the invitation to Sushma Swaraj, the Indian Minister for external affairs to attend the conference of OIC as a guest of honor, despite being the founding member of the organization, its objection was blatantly overruled. This vividly reflects our image and status in comity of nations.

On the contrary, our chronic adversary India realizing the importance of soft power has worked a lot to enhance its soft power and thereby succeeded in projecting its soft image to the world.

India’s success story can be traced back to the 90s when Indian Finance Ministry, the reserve bank of India and planning commission of India jointly formed a strategy (under the guidance of Manmohan Singh and Monty Singh) to support Indian corporation in developing a global vision and in –turn to make their presence tangibly felt on the corporate map of the world. To this end, a meeting of big wigs of the Indian corporate world was convened at the famous Ritz Carlton, London. This gathering resulted in the emergence of what is referred today as the London Club—to be supported by the Indian Government and its Institutions in the singular task assigned to them: create a world of Indian Multinationals.

Regrettably, despite being blessed with a rich archeological, cultural and ancient heritage, pristine natural beauty, Pakistan instead of being distinguished as a tourist haven, now stands demonized as an extremist haven.

In pursuance of this goal, big professional business houses such as Tata, Mahindra and Mahindra, Birla, Reliance, Godrej, DCM, Infosys and the others kicked out an international shopping spree to create economic and corporate linkages and undertake mergers and acquisitions of everything and anything that they found fit to their overall business model and strategy. As a result, today India, to name a few, owns Jaguar, Land Rover, Tetley, RHT, Slazane, Favre, Leuba, Arcelor and holds large stakes in every field that one can think of. In IT alone, Indian firms in the US provide jobs to half a million Americans.

At home, These Indian Multinationals provided extensive financial support to Indian academic institutions to bring them at par with the best academic institutions in the world and also connect India with the leading western Universities and colleges. Consequently, today in the job market, the graduates from IIT, NIT, Banglore Institute of technology are at the same level as MIT, Harvard, and UCLA etc. Apart from this, Indian professors, lecturers, and researchers today also dominate the western campuses. More importantly, academic campuses where ideas and opinion-making take place and with Indian academia controlling the campuses, there is little to wonder that India’s image today in the world finds itself in an envious position. These academicians are the real fighters in the perception of warfare.

To counter this, we need to enhance our soft power by highlighting our softer fields like culture, literature, tourism, cuisine, and sports. These soft elements help develop a balanced national ethos and weave a strong social fabric with threads of humanism, tolerance, and co-existence.

Regrettably, despite being blessed with a rich archeological, cultural and ancient heritage, pristine natural beauty, Pakistan instead of being distinguished as a tourist haven, now stands demonized as an extremist haven. It reflects that we, as a nation, individually and collectively have miserably failed in showcasing the true strengths of our land—of people, culture, civilizational and archeological credentials, arts and crafts, folk music, cuisines, and colorful cultural apparels—to the world.

Pakistan had made an exceptional name for it in squash, hockey and cricket in particular and bagged multiple championships, titles, and laurels. The downfall in sports should be a matter of great concern for the government as well as our society as a whole.

Responding to the allegations of extremism, we should have presented the teachings of the great sages of the ages and Sufi saints like Bulleh Shah, Faridud Din Ganjshakar, Usman Bin Ali Hajveri, Shah Abdul Latif Bhitai, Waris Shah and Shah Hussain whose teachings contained the message of love, peace, and respectful co-existence. To add, we also abjectly failed to carry forward the precious legacy of Faiz Ahmed Faiz, Habib Jalib, Ashfaq Ahmed and Bano Qudsia.

Consequently, due to our apathy, the poetry of our poets and Sufi saints is being used by Indian Musicians, singers and film producers with impunity, as if these legendary figures were of Indian origin.

In addition, we also have neglected our sports which are also a great source of soft power. Pakistan had made an exceptional name for it in squash, hockey and cricket in particular and bagged multiple championships, titles, and laurels. The downfall in sports should be a matter of great concern for the government as well as our society as a whole.

Another source of soft power which ranked low on our national priorities was music and our great singers, composers, and maestros like Ustad Bade Ghulam Ali Khan, Late Alam Lohar, Noor Jahan, and Mehdi Hasan who ruled over the musical kingdom of Indian-subcontinent. We also did not adequately showcase to the world the work of renowned music Maestros like Nusrat Fateh Ali Khan and Abida Parveen.

Similarly, our film industry and TV dramas are another source of soft power that remains neglected. Compared to the golden age of Pakistan film industry in the 60s and 70s when the score of super hits was produced, our present status is only a shadow of what we used to be.

There is a lot needs to be done to achieve smart power. Each national institution has its role in projecting its soft power because it is the sum total of all those institutions that embodies the national image.

And when compared to India, our arch-rival has greatly capitalized on its film industry called” Bollywood “. The ground realities of India in terms of tolerance, secularism, peace, and pluralism are strikingly different from what is portrayed in its movies. Bollywood is used to hoodwink world opinion in order to clinch favorable deals and economic benefits.

Likewise, how India successfully projected Pakistani food to the world as Indian is also a testimony to our utter negligence to our own exclusivities. Despite the fact that our cuisine is better than that of most South Asian countries, it is, regrettably, marketed abroad as Indian.

Read more: World, get ready for an empowered and stronger Pakistan

To cap it all, Pakistan requires systematic efforts to improve its soft image. The release of Indian pilot as a gesture of peace is laudable and it will certainly add to the country’s soft power but we should not sit on these laurels. There is a lot needs to be done to achieve smart power. Each national institution has its role in projecting its soft power because it is the sum total of all those institutions that embodies the national image. At the same time, we need to incorporate the inspiring stories of Abdul Sattar Edhi, Malala Yousafzai, Sharmeen Obaid Chinoi, and late Arifa Kareem, who define our real Pakistan, in our quest for smart power…

Only cooperation with China will make India ‘Great’

India to ignore US sanctions on Iran, Venezuela: minister