Pakistan’s system of governance is tailor-made for strife 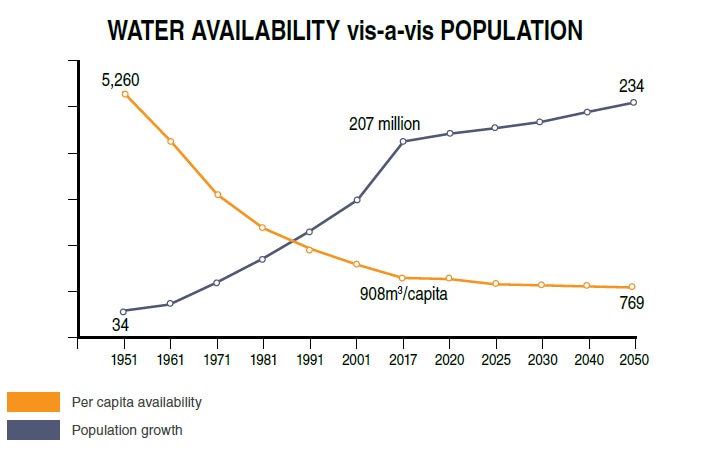 A Muslim majority state was envisaged by its founder Quaid-e-Azam Muhammad Ali Jinnah to ensure conducive conditions for the Muslims of British-India for socio-economic, cultural and religious development.

Pakistan geographically being situated at the fringes of former British-India, many of the features inherited from the British and the lack of basic infrastructure made its beginning difficult and prone to ad-hoc arrangements, institutions were thus weakly developed.

Read more: Pakistan at 70: with issues but many promises

Pakistani society remains characterized by pre-modern social structures such as castes, biradaris and tribes that rely on age-old alternative judicial institutions like jirgas or panchayats and laws about how to uphold ‘honour’. Feudal landholding regards peasants and other villagers as the property of the landowner is another problem. Seventy years later the Quaid’s vision is far from being fulfilled.

The justice system, especially at the lower levels is slow, inefficient, expensive and corrupt,  the poor who cannot afford find it difficult to approach courts and even if they do, it usually takes a lifetime for a verdict.

The close interdependence between governance and social development brings into focus the weaknesses in governance in Pakistan and the reasons for them.  Governance refers to structures and processes designed to ensure accountability, transparency, responsiveness, rule of law, stability, equity and inclusiveness, empowerment, and broad-based participation.

Apart from securing the lives and property of its citizens, a modern state provides basic amenities such as clean drinking water, electricity, healthcare, education, etc. Fulfilling this responsibility, the State designs and installs institutions to plan and provide them.

Pakistan needs to improve both governance and its social development indicators, the gap between the modern state and govt and the pre-modern character of society makes it a problem. ‘Modern’ means a state run by an elected govt based on democratic principles with all state institutions running on those principles.

The people who run the state and its institutions must be democratically-minded, with equal opportunities for all and merit the basis for job selection and promotion – not the case in Pakistan. Positive reforms in the institutional set-up would hopefully help improve governance, in view of the fast developing globalization, the recommendations by Dr Ishrat Hussain-led “National Commission of Government Reform” (NCGR) must especially be implemented.

Musharraf’s system also aimed to create a new generation of politicians from poor and middle-class families without any previous connection to politics.

Instead of a policy devising and law-giving institution, Parliament is more of a debating club, its role in the decision-making process is thus limited. Parliamentary seats consisting of the feudal political elite of landowners, religious personalities, and tribal leaders, the feudal and tribal character of society interferes with the spirit of the system.

Feudalism and tribalism dominate the thinking of not only the technical feudals – the big landowners – but also of industrialists (or nouveau feudals) like Mian Nawaz Sharif. His dynastical approach to power, support for clans and biradaris demonstrate the point. Apart from the Jamaat-e Islami (JI) political parties in Pakistan country are run like private estates and inner-party democracy.

Only the rich can afford an election in our electoral system. Having invested millions to get elected, they first recover the money spent once elected and then accumulate more for the coming election. The ‘first past the post’ is the “democratic” formula devised by the feudal system to perpetuate itself, this favors the winner of the majority of votes only, not the majority in a constituency.

A powerful but united minority thus invariably rules over a divided majority of the population.  With 13 million votes of the 200 million populations (6.50%), Mian Nawaz Sharif repeatedly claims an “overwhelming mandate”. With political decision-making highly centralized and personalized, minority interest groups have no chance to get representation.

Pakistani society remains characterized by pre-modern social structures such as castes, biradaris and tribes that rely on age-old alternative judicial institutions like jirgas or panchayats and laws about how to uphold ‘honour’.

This system is tailor-made for strife as the various minorities compete to get ascendancy. A Constitutional amendment makes it incumbent for any elected representative of Parliament to strictly follow the dictates of the party leader in voting, making Parliament a rubber stamp both at the National and the Provincial level. This is a camouflage for dictatorship with “democratic” trappings.

The local government provided for in the Constitution under Article 140A has never materialized since Pakistan’s birth. Only at the lowest level of governance people can observe the state first-hand and identify themselves with it to solve those problems.  Gen Ayub Khan failed the first attempt through a “Basic Democracy” system because he did not cater to an improvement of services to the population but designed the basic democrats as an Electoral College which would vote for him.

Similarly, Ziaul Haq’s local govt system formula was intended to legitimize his rule. The best designed was Gen Musharraf’s local govt system in 2000 as it included financial self-sufficiency of the Local Bodies. The Local Bodies system is the crucible of democracy, giving power to the stakeholders at ground zero level to devise what’s best for themselves at the community level.

Read more: It is not possible for Pakistan to unilaterally pull back when…

Remarkable success was achieved under Karachi’s Mayor Mustafa Kamal. Musharraf’s system also aimed to create a new generation of politicians from poor and middle-class families without any previous connection to politics to enable them to substitute traditional feudal elite in politics. Neither system survived when Musharraf fell from power.

Fearful of losing the power they wield, none of the ‘democratically elected’ civilian regimes of Z.A. Bhutto, Benazir Bhutto or Nawaz Sharif ever tried to implement “Local Govt”. Consider the sham of “grassroots democracy” practiced by the PML (N) in Punjab and Balochistan, PPP in Sindh and even PTI in KPK.

Provision of justice is a central governance demand for a State to fulfill, access to courts and to justice is not only a governance issue but also supports social development in as much as it secures contracts, provides relief in case of misconduct and gives security to the property of the people. The justice system, especially at the lower levels is slow, inefficient, expensive and corrupt,  the poor who cannot afford find it difficult to approach courts and even if they do, it usually takes a lifetime for a verdict.

Pakistan needs to improve both governance and its social development indicators, the gap between the modern state and govt and the pre-modern character of society makes it a problem.

In other cases, verdicts cannot be implemented for the lack of institutions to do so or their unwillingness to do so. Application of laws are different for the rich and the poor but this could be changing. Consider the contents of the damning SC verdict rendered about Mian Nawaz Sharif, calling him virtually a perjurer and a liar. Maryam Nawaz should stop flouting her wealth and beauty to test our patience by spouting untruths.

To quote the Saudi Attorney General Saud Al-Mojeb on the arrest of powerful Princes, ministers and even businessmen of untold wealth like Waleed Bin Talal in the present drive against corruption in Saudi Arabia, “a suspect’s position or status does not influence the firm and fair application of justice”. A profound observation in a moment of truth for good governance, only possible if our feudal posing as Democrats are held accountable.

Why has Kulsoom left for London amid the run-up to the Lahore by-polls?