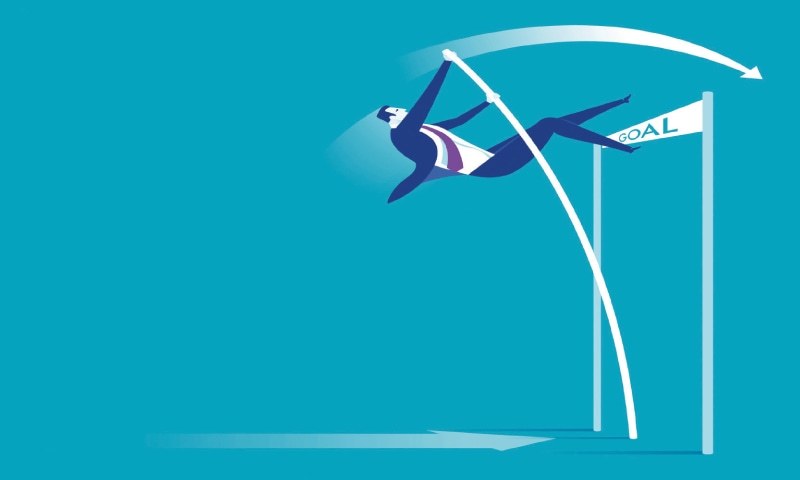 Malcolm Gladwell in his seminal work defined “Tipping Point” as “the moment of critical mass, the threshold….”

He goes on to state:

“Ideas and products and messages and behaviors spread like viruses do……” If ever there was and is a tipping point in Pakistan’s history, then it is Imran’s 29th April Jalsa in Lahore.

Looking beyond the sound and images, the charged mammoth crowd, the symbolism of Minar e Pakistan and the post Jalsa coherent and incoherent chatter, for and against, here is clearly a man and an idea whose time has come.

One can go amiss and or overboard in one’s opinion, given the euphoria of the event.

Or be overwhelmed by the charisma of Imran himself.

Read more: Why we should support Imran Khan

Or the feeling and emotion that perhaps this event marks the start of taking back Pakistan from the clutches of its looters and plunderers.

But one thing stands out.

They came not for Imran but for themselves.

They, and the millions who watched on televisions screens across the globe, came and watched because they wanted a better, a brighter, safer, saner and an equitable Pakistan for themselves, their children and for their future generations!

A Pakistan, where public trust is not betrayed and mercilessly trampled in the name of “democracy or “sanctity of the vote”.

Where the son or daughter of a poor citizen and of the rich and powerful, both, have the same access to equal opportunity of healthcare, education, employment, commerce, politics and all rights of a free and equal citizen, irrespective of cast, creed, sect, religion, race, color or gender.

Read more: When the best and the brightest betray a nation!

A Pakistan, as defined by that great leader, Quaid e Azam.

Simon Sinek, author of the runaway bestseller “Start with Why” says that ….”people are inspired by a sense of purpose….”

“…. And in the summer of 1963, a quarter of a million people showed up to hear Dr. King deliver his ‘I Have a Dream’ speech on the steps of the Lincoln Memorial.

But how many people actually showed up for Dr. King?

They showed up for themselves.

It was what they believed. It was what they saw as an opportunity to help America become a better version of itself. It was they who wanted to live in a country that reflected their own values and beliefs that inspired them to get on a bus to travel for eight hours to stand in the Washington sun in the middle of August to hear Dr. King speak….”

In exactly the same manner, the hundreds of thousands who flocked to Minar e Pakistan, many travelling hundreds of miles, or the tens of million, who remained glued to their TV sets in Pakistan and across the globe, up to the wee hours of the morning, came and patiently watched Imran deliver his inspiring clarion call.

All came and watched for themselves, hoping and praying for a better Pakistan and to stop its pillage, rape, loot and plunder at the hands of the Sharifs and the Zardaris.

The time for Imran the man, and his idea of a peaceful, prosperous, equitable Pakistan, has come.

It is the time to take back Pakistan!