Home Digital Magazine When the best and the brightest betray a nation!

A grandfather tells his grandson there are two wolves inside us, always at war with each other. One is a good wolf which represents things like kindness, bravery, love, honesty and good.

The other is a bad wolf, which represents things like dishonesty, evil, greed, hatred and fear. The grandson thinks for a second and then asks his grandfather, “Grandfather, which one wins?”

“The one we feed!” says the Grandfather, Gently!

One couldn’t help but think of this story, as the reaction, both for and against The Supreme Court decision, disqualifying Nawaz from holding party office, set social media ablaze. Many who represent the so-called thinking intelligentsia of Pakistan – supposedly the best and the brightest; the lawyers, the columnists, the commentators, the anchors, the editor poured scorn on the Judgement.

Some of them cried “Judicial coup”. This term, though certainly not invented by Pakistanis, has been used so many times by the “best and the brightest” of this unfortunate land that if you google it, then the first several entries all point to Pakistan. Others – supercharged geniuses – of this small but influential tribe – sarcastically and inflammable, questioned if Nawaz’s appointment of the Army Chief was also null and void.

Though ferocious political parties are challenging each other on media and streets like the “hounds of Baskerville” and stormy jalsas (political gatherings)- half of them adorned with Pakistan’s self declared “Joan of Arc” – almost daily emit fire and pour scorn upon the judiciary, establishment, and political opponents yet most of the “best and brightest crowd” cried that democracy has been subverted, “law of necessity” has returned.

This cacophony of sounds, coming from the “best and the brightest” of Pakistan is so misleading, so fantastic and so panoramic with myriad elements of conspiracy theories that people worldwide have invented their own reality of Pakistan.

Geniuses always lack unity; so many of the “sacred crowd” after duly announcing “democracy’s death” also argued that this would further strengthen Nawaz. At least some announced that this handed Nawaz the 2018 election on a platter.

This cacophony of sounds, coming from the “best and the brightest” of Pakistan is so misleading, so fantastic and so panoramic with myriad elements of conspiracy theories that people worldwide have invented their own reality of Pakistan.

So a Turkish writer, Hasan Ozturk, in his column, “Is’nt the Judicial Coup in Pakistan very familiar?” demonstrates an overactive mental bladder and finds Dr. Tahir ul Qadri responsible for the judicial overthrow of Nawaz Sharif.

Ozturk appears to be convinced that “Qadri” of Pakistan like “Fetullah Gullen” of Turkey is an international instrument (perhaps because of continuous overemphasis, in Pakistan, of Qadri’s Canadian passport) who has gained deep penetration into Supreme Court of Pakistan the way Gullen had in Turkey.

Read more: Is Pakistan losing the battle for its soul?

Most Pakistanis would gladly agree with their Turkish friend – except the fact that they don’t see Nawaz’s overthrow by courts fitting into the American agenda – if anything they fear the opposite, with Nawaz’s lobbyists active in Washington.

But let’s come back to the “best and brightest of Pakistan”; the cerebral community of a nation that is supposed to find solutions for the disadvantaged countless millions who don’t get the opportunity to reach Oxford, Cambridge and Harvard.

Amongst this sacred crowd, one old and seasoned hack, having been suitably enriched, ever since the emergence of “Panama Papers”, by Nawaz, apparently from the taxes of poor Pakistanis, now compares his “paymaster” to Mahatma Gandhi!

One is nonplussed to understand which aspect of Gandhi is Nawaz – one of the richest, most well-fed, expensively dressed and vainest man in South Asia’s entire political history – being compared to?

This cacophony of sounds, coming from the “best and the brightest” of Pakistan is so misleading, so fantastic and so panoramic with myriad elements of conspiracy theories that people world wide have invented their own reality of Pakistan.

Is this Gandhi’s “rejection of materialism” and “abhorrence of bodily pleasures” his strict “dietary control” or his “seditious fakir” style of dress with a poor man’s dhoti?

The erudite darling of Pakistan’s legal community, a product of Cambridge, selectively using that wonderful phrase, “Fundamental Human Rights” which sets hearts aflutter in the west, went overboard in comparing someone credibly accused of stealing public funds, money laundering, financial crimes, tax evasions and someone who betrayed the public trust to that unbelievably awesome human being, Nelson Mandela.

Then we have the second aspirant to the Wizard Of Jeddah title, made immortal by the late Ardeshir Cowasjee as he called the late Sharifuddin Pirzada. This relatively young lawyer from Harvard is undoubtedly one of our finest legal brains and constitutional experts.

He weaves a masterful argument quoting chapter and verse from the constitution and past judgements to question the current Supreme Court activism and what to him appears the Supreme Court’s power to interpret the Constitution.

While one is ill-equipped to question his legal arguments, a more fundamental question to ask is: what happens in a society where a bunch of rich robber barons hijack the electoral process, weaken institutions which can hold them accountable and then rule with impunity, answerable to no one?

South Africa under apartheid rule had a Constitution. And Robert Mugabe, and Qaddafi and Hosni Mubarak and Saddam had splendid documents with magical words and phrases. Bashar-al-Assad and Gen. Sissi in Egypt have won elections too.

But “Intelligentsia” exists to interpret, to differentiate, to define the moral compass. Merely playing with words and idioms, with terms and sections of law is nothing but pathetic “sophistry”. What use is a condition or any system which looks good on paper but perpetuates misrule and whole scale destruction of public trust?

What use is a constitution and process of law that is unable to hold accountable those deposed with governance? What purpose this intelligentsia serves that defines and perceives its role as mere defenders of tyranny and mega-corruption?

Read more: The good people of Pakistan! Making a difference!

How can people like these lawyers – from Cambridge and Harvard – who remained permanent fixtures of Pakistani TV screens, for almost a decade, expounding principles of law and justice as philosopher guardians of a nation and the columnists and “most credible anchors” selectively overlook Mr. Sharif’s blatant misuse of power, and then marshal their entire argument in challenging the Supreme Court, the one institution that, willy-nilly, has taken it upon itself the responsibility to do so?

I fully support these legal wizards and other die-hard constitutionalists and supporters of democratic order in Pakistan, but not understandable are those who support Nawaz Sharif, or any man as the symbol of Pakistan’s Democratic order. Democracy is a public trust reposed in people by others to work for the good of society.

Democracy is transparency, accountability and continuity of a system through repeated change and transition; it is a stark contrast to rule of kings and queens for the simple reason that it relies upon change of men and faces and failure of personalities, demise of cults and political careers without the collapse of the realm.

One is nonplussed to understand which aspect of Gandhi is Nawaz – one of the richest, most well-fed, expensively dressed and vainest man in South Asia’s entire political history – being compared to?

Where is David Miliband; what happened to Ed Miliband? Where is David Cameron these days? Politicians in western democracies have to take responsibility and resign for issues much smaller in scope than the grand crimes being defended by the “best and the brightest” of Pakistan.

PM Sigmunder Gunnlaugsson in Iceland succumbed to Panama Papers but his successor, PM Bjarni Bennediktsson, paid the price for his father’s crime. 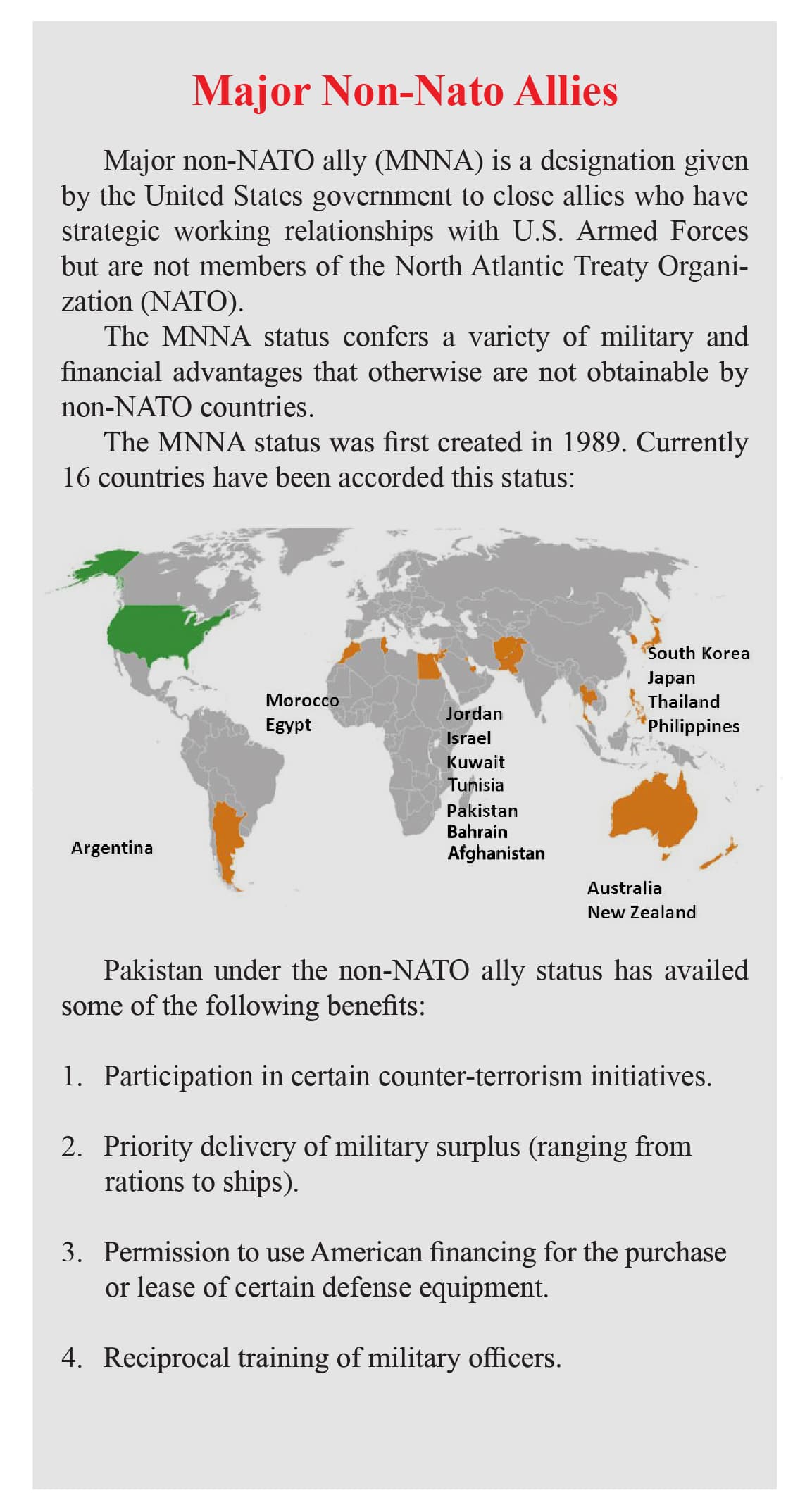 Barnaby Joyce, Deputy PM Australia, had to resign for an affair; Claire Perry, Railway Minister in UK, had to go for failing to resolve the chaos; Priti Patel, in UK, faced the axe after she visited Israel without intimation and Lord Bates created history in UK when he offered his resignation for reaching late to an important meeting.

Political leaders in a democracy are merely “first among equals”. Democracy – however you may stretch it through Cambridge and Harvard sophistry – cannot be a license for a man, a family, a dynasty to penetrate and control every institution of a state, like a mafia, to loot and plunder endlessly with impunity. A system like this can be a kingdom – but not a democracy.

Read more: Why we should support Imran Khan

What is the Problem of the “Best and the Brightest of Pakistan”?

Best and the brightest in another land would have affirmed that a man, not legally allowed to be a member of parliament, by the highest court of the realm, cannot be permitted to control the political and legislative process inside the parliament.

They would have understood that letting that happen means subverting democracy and the rule of law. Isn’t this the Supreme Court in India also concluded?

While one can admire the sophistry of the Cambridge and Harvard lads, and “credible anchors” in service of the rich and powerful, offering masterful defence of one of the richest and most powerful man’s fundamental rights, highlighting “Constitutionalism and Judgements”, and ability to quote and misquote precedents, it is appalling to see how the whole moral edifice is being destroyed by these brilliant minds!

How Western concepts of fundamental rights and aspects of constitutionalism and democracy are being selectively presented to upend these highest moral codes of all times. Truth and Honesty and Public Trust!

Pakistan’s battle for its Soul is as much a moral one as it is a Legal one. It reminds me of Iqbal, “Juda ho deen siyasat say to reh jati hai changezi” (separate faith from politics and all you are left with is barbarism) Perhaps law and intellect divorced from ethics turns into savagery too!

Woe on those who will legislate to defend a thief and make it easier for other criminals to be elected to public office, but are deaf and blind to the tens of millions of our poor and exploited and hungry, bereft of security, justice, health care, education, employment and even hope!

While one understands the apathy of the poor and the helpless; for to them all that matters is sheer survival. One understands the anguish and wrath of a daughter fighting for her father’s political survival or the support of those whose political careers and business interests are still intertwined with the fallen political boss.

But those who stand with rich, powerful and corrupt against the Supreme Court, with full stomachs and education and awareness – of Harvard and Cambridge and Columbia and Princeton, etc. – fully capable of surviving on their own, their support of mega-corruption is not understandable. To me, they are the real evil that has prostituted the Soul of Pakistan.

Haider Raza Mehdi, an Ex-Army officer, from Pakistan, is now a business entrepreneur, consultant, and columnist based in Canada.

Pakistan: US must remain engaged in rebuilding Afghanistan after troops leave

Taliban has key for Peace: Door can be of “Negotiation” or “Violence”

January 9, 2020
Editorial Periscope  In the last week of December, PTI government defanged country’s National Accountability Bureau (NAB) through an ordinance. PM Khan’s explanation is that it...

Marriage Story – the finest film of the year

The Irishman – sheer joy to watch

The Witcher – the best fantasy series

Why relations between Turkey & US are deteriorating?

With Eye On India, Pakistan Strengthens Military Ties With Iran