Pakistan’s turn for ‘Do More”, Urges Trump Admin for action on Kashmir

Pakistan’s Ambassador to the US, Asad Majeed Khan, has urged the United States and the international community to “do more” to pressure India to end its militarized curfew over the occupied valley of Kashmir and restore normalcy for the lives of millions of Kashmiri Muslims who have been subjected to barbaric restrictions. 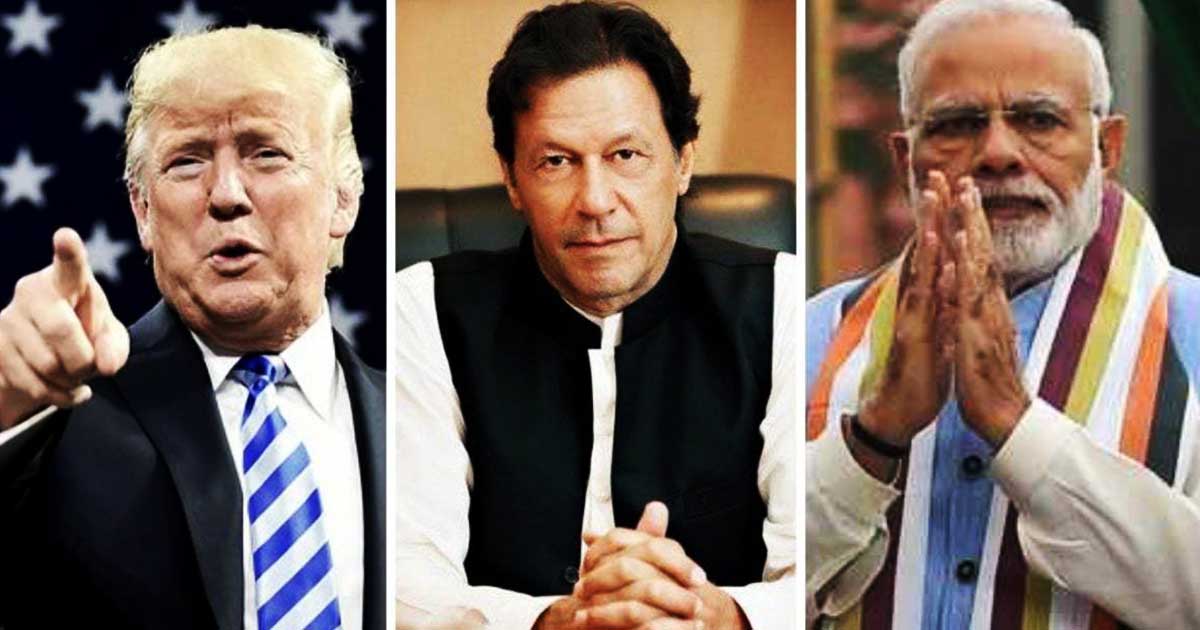 Pakistan’s Ambassador to Washington, Asad Majeed Khan, on Wednesday, urged the United States and the international community to “do more” to pressurize India to end its “militarized curfew” over the occupied Himalayan valley of Kashmir, stressing that the Narendra Modi-led Indian government has turned the Muslim majority region into “practically a concentration camp”.

Speaking to the Washington Times for an exclusive interview on Wednesday, Ambassador Asad Majeed Khan noted that the barbaric measures undertaken by India’s Prime Minister have confined Kashmiri Muslims into a “concentration camp” given the harsh restrictions on movement and everyday routine.

Pakistani Ambassador Asad Majeed Khan lamented that millions of Kashmiris living in Indian-occupied Jammu & Kashmir have been placed under a harsh security lockdown, which resembles a concentration camp, as civilians are denied access to electricity, life-saving medicines, telephones and internet for almost a month.

He stated, “Thousands are being put in prison. The world needs to be aware.”

Ambassador Khan praised US President Donald Trump for not taking sides in the long-standing Kashmir dispute between India and Pakistan, however, he noted that the US must do more. Asad Majeed Khan said, “No other country has the same clout or influence as the United States of America to basically urge India, to nudge India.”

Earlier this week, he met with Indian Prime Minister Narendra Modi on the sidelines of the G7 summit in France, where he stressed that the US has “good relations with both” the South Asian nuclear rivals.

He continued, “India has actually laid down the ground to influence the demography of the state. They want to alter the ethnic composition of the state.”

Addressing the agendas of Prime Minister Narendra Modi and the Bharatiya Janata Party (BJP), the Pakistani Ambassador noted that the Modi administration is closely aligned with Hindu nationalists who seek erect India into a historic Hindu homeland that has been ruled by invaders for centuries.

Highlighting Narendra Modi’s history as the Chief Minister of India’s state of Gujarat, he shed light on 2002 Gujarat Massacre, when the Indian state was marred with violence between the Hindu and Muslim communities. Reports reveal that the massacre resulted in around 1000 deaths of Muslims, while 300 Hindus also died during the riots.

Ambassador Khan noted that Modi’s role in instigating the violence had led to him being temporarily banned from entering the United States on orders of the US State Department. However, the world was shocked as he rose to power and assumed the Prime Ministerial office of India in 2014.

Ambassador Khan commented, “Look back at his career. He was someone who was banned from coming into the United States because of what he had done in Gujarat in terms of killing thousands of Muslims.”

Ambassador Khan observed that India’s recent decision to abolish Article 370 of the Indian Constitution and scrape away the constitutional rights of Kashmiris is fueled by an agenda that stretches well-beyond forceful land occupation.

He said that these recent Indian measures in Kashmir are “not just about the dispute over land but the right of self-determination of the people, and I think what India has done is try to take away the identity of a people by reconstituting the territory, by redesigning areas.

When asked whether his offer for mediation is still on the table, Donald Trump replied, “I’m here. Look, I have a very good relationship with both gentlemen, and I’m here.

Prime Minister Haider called on the Trump administration to demand a prompt meeting between the leadership of India and Pakistan to prevent an escalation of a military standoff between the two nuclear-armed South Asian neighbors.

During the interview with editors and newsmen at The Washington Times, Ambassador Khan also observed the possibility of a breakthrough in the US-Taliban peace talks ongoing in Afghanistan, and Pakistan’s role in facilitating an Afghan reconciliation.

Ambassador Khan expressed high hopes for a breakthrough in the ongoing negotiations between the Trump administration and the Afghan Taliban. He stressed that Pakistani leaders have “played our part” in orchestrating a favorable deal in the US.

Ambassador Khan added, “What is important is for all Afghans to be able to reach a common understanding…We also believe that a sustainable peace agreement is the one that all Afghans are able to sign onto.”

National Security Reporter @guyjtaylor talks with Pakistan's Ambassador to the U.S. Asad Majeed Kahn, who on today's #TWTFrontPage says the U.S. and international community “must do more” to pressure India to end its militarized curfew over Kashmir. https://t.co/xqUT83ZNv5

Earlier in July, US President Donald Trump had offered to mediate between India and Pakistan on the longstanding issue of Kashmir while conducting a joint press briefing with Prime Minister Imran Khan in the Oval Office.

Earlier this week, he met with Indian Prime Minister Narendra Modi on the sidelines of the G7 summit in France, where he stressed that the US has “good relations with both” the South Asian nuclear rivals. Analysts believe that Trump appears to have backed out from his commitment to mediate on the issue.

Read more: Pakistan will come to a standstill on Friday to support Kashmir

When asked whether his offer for mediation is still on the table, Donald Trump replied, “I’m here. Look, I have a very good relationship with both gentlemen, and I’m here. If for any reason — but I think they can do it themselves very well. They’ve been doing it for a long time.”

Is India easing up on Kashmiris? As it releases Farooq Abdullah