Pakistan’s unnecessary silence: Is the sovereignty under serious threat? 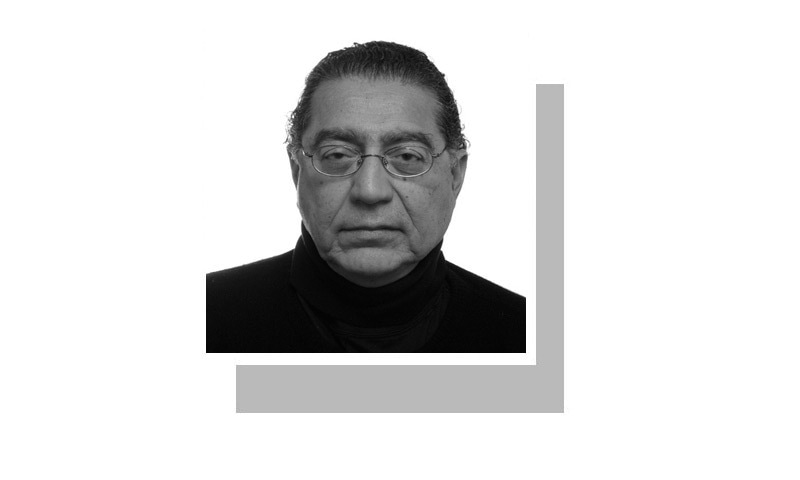 Kulbhushan Jadhav’s case is, no doubt, the “talk of the town” these days. But, in order to understand the implications of this much-debated matter, it is necessary to know the meaning of “sovereignty” which is the centerpiece and crux of this story.

“Sovereignty is not given, it is always taken.”
– Kamal Ataturk

Sovereignty, for the very existence of any state and its organs, is as imperative as oxygen for the survival of a human being. The concept of sovereignty is still central to most thinking about international relations and particularly international law. The concept is condemned in the context of a nation’s “right” to monopolize certain exercises of power with respect to its territory and citizens but it is still prized by those who maintain certain “realist” views or who, otherwise, wish to prevent (sometimes with justification) foreign or international powers and authorities from interfering in a national government’s decisions and activities. It cannot be ignored that sovereignty is an essential ingredient of the State as it makes the State supreme in both internal and external matters. State, its officials, and members of the society are guardians of it. They have to fight on every front from political to diplomatic ones and from military to intelligence to defend it.

Read more: Will Pakistan execute Jadhav before the final verdict?

How it all began…

It is no more a secret that India is carrying out militant activities across Pakistan to destabilize it internally without imposing traditional war through unconventional means. Being an arch nuclear rival and dreaming round the clock about becoming a regional superpower, we can’t expect anything good from India. Now, Afghan and Iranian weapons, too, are speaking the Indian language.

This could have become a major diplomatic victory as well but it seems that the Governments “pro-Indian approach” is an obstacle in it.

To turn Baluchistan into another “East Pakistan”, India is funding Baloch separatists and tribal leaders, who, sitting in their cozy houses outside the country, are playing in Indian hands.

Karachi, being the financial hub and backbone of Pakistan, is also on its hit list. Our Intelligence agencies have left no stone unturned to unearth the terrorist networks. The first time we Pakistan got the chance to prove Indian involvement in the so-called “separatist movements” and insurgency, was when in March 2016, Indian Naval officer named Kulbhushan Jhadav was arrested on the charges of espionage and sabotage for waging terror on Pakistani soil. This could have become a major diplomatic victory as well but it seems that the Governments “pro-Indian approach” is an obstacle in it. The Prime Minister never even bothered to take the name of the spy on any global forum. Some believe that this “deliberate silence” is a part of his policy, but the question is, does he have any policy other than his personal business agenda?

The tensions between India and Pakistan escalated when the military court sentenced Jadhav to death after his confessional statement. India raised objections over the legal procedure and declared the certified militant as “son of the Indian soil”. Indian Foreign Minister vowed to exert all political and diplomatic pressure on Pakistan to get Jhadav released. Sajan Jindal, an Indian steel magnate turned unofficial diplomat, and a personal friend of both Modi and Nawaz, arrived Pakistan and the PM met him without taking the foreign office and military establishment on board in Murree, which is creating many cogent doubts in the minds of many. After this, all of a sudden, India decided to take the case to the International Court of Justice.

Would India ever accept the mediation of ICJ on Kashmir Issue? No, instead India would call it an “integral part” despite knowing the fact there are UN Resolutions over the matter.

Instead of challenging the jurisdiction of the court, our government decided to become a party in the case and now ICJ has halted Jhadav’s execution and ordered Pakistan not to take any action against him till the conclusion of the case. Pakistan, like any other country, should not have accepted the arbitration of the world court in its internal matter related to its national security. Would India ever accept the mediation of ICJ on Kashmir Issue? No, instead India would call it an “integral part” despite knowing the fact there are UN Resolutions over the matter.

Opposition and media critics are naming this absurd attitude of government as “Murree compromise”. The process of compromises on national security which started with “Dawn Leaks” is now touching new heights. Sartaj Aziz’s Admission that Pakistan was “ill-prepared” is raising questions; some analysts and legal experts believe that incumbent government has deliberately weakened its case to give a safe exit to the Indian spy.

1. Why did the PM (part-time FM) not take Jhadav’s name on any global forum to strengthen Pakistan’s position?

2. Why did the government not challenge ICJ’s domain over the issue and maintainability of Indian petition in the first place?

3. Would this short order not open new doors of distrust on our flimsy legal system by the international community?

4. Why did the government not nominate its member in ICJ bench?

5. Why was our legal team ill-prepared for such a high-profile case?

6. Why is the government not sharing the details of Nawaz-Jindal meeting held in Murree?

7. Would Nawaz government take the glaring and barbaric human rights violations in Indian Occupied Kashmir before ICJ, given that we have a strong case to present?

8. In the year 2000, Pakistan took a case against India in the ICJ, but the ICJ refused to entertain the petition because India challenged its jurisdiction. Why did we not do the same?

Nawaz administration needs to address these questions and many others on the floor of the house otherwise general public and opposition parties have some obvious reasons to raise objections on the intentions of rulers because of the “dubious dealings” and track record of the rapacious rulers and their henchmen for keeping deafening silence over key issues related to India. All across the country, common people with some common sense have started believing that these are not mere accusations. And the crux of this episode is that a political government can’t afford and live with such grave blames so long, doubts over its patriotism, especially in the election year.

Nasir Azeem is a student of Law. He has interests in Global Political happenings and World History. The views expressed in this article are the author’s own and do not necessarily reflect Global Village Space’s editorial policy.

Trump’s attack on Twitter: A closure of social media on the cards?

No decision to grant citizenship to refugees, says Shireen