Will Pakistan execute Jadhav before the final verdict? 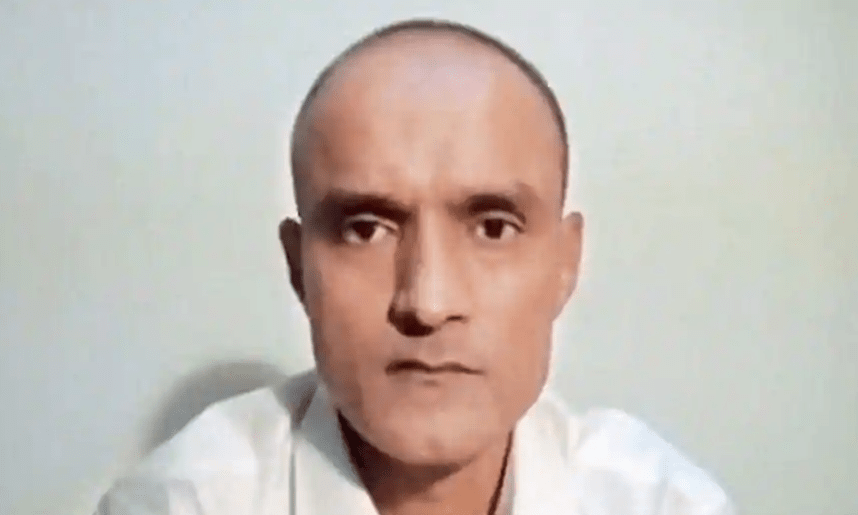 The initial reports from Pakistan regarding the International Court of Justice’s interim order on the Kulbhushan Jadhav case give a sinking feeling. If chances of Pakistan carrying out the death sentence were evenly poised, the balance now tilts in favor of execution. It’s now, say, 75% to 25%. Consider the following.

There has been a heavy criticism of the Pakistani government’s handling of the case at the ICJ by the opposition parties. The accusations range from inept handling to outright criticism that Pakistan should have altogether dissociated from the proceedings and refused to accept the ICJ’s jurisdiction to the highly combustive allegations that there might have been some ‘match-fixing’ between Prime Minister Nawaz Sharif and PM Modi. The recent visit by the Indian steel magnate Sajjad Jindal has been linked to that preposterous conspiracy theory.

Pakistani government put on a back foot

“Pakistan’s security is so important and we have to maintain our fundamental sovereign right.”
– Sartaj Aziz

Without a doubt, Sharif’s government has been put on the back foot. It is now coming under compulsion to take a hard line. The Attorney General’s Office has vowed to take the case to its “logical conclusion”. Minister for Information Marriyum Aurangzeb said Pakistan will vigorously fight this case without compromising on its national security. Advisor to Prime Minister for Foreign Affairs Sartaj Aziz said, “Pakistan’s security is so important and we have to maintain our fundamental sovereign right.”

There has been no statement from the Army so far. Evidently, the Army will keep a close tab on the groundswell of public opinion, which seems to favor the execution of Jadhav. The last date for Jadhav to appeal is May 19. But the timeline can be extended. Any such extension will give a clue on the way the wind is blowing in the GHQ in Rawalpindi.

Pakistan has already informed the ICJ that Jadhav will not be executed before August 10. It is safe to conclude that Pakistan will abide by the interim order by the ICJ. What lies beyond that certainty is a ‘known unknown’.

Having come this far, the probability is that Pakistan will present its case more forcefully at the next ICJ hearing. Surprisingly, its performance at the ICJ hearing last week was far below par – conveying even an impression that an interim order was a near-certainty and, therefore, why bother. It may have decided to keep the powder dry for the forthcoming hearing.

Will Pakistan wait for the final verdict?

From the various remarks in reaction to the ICJ’s ruling, it is apparent that Pakistan remains ambivalent about the ICJ’s jurisdiction. But the big question is whether this means that the door is open for it to refuse to comply with the ICJ’s final judgment — or even whether it will wait beyond August for the final judgment to come.

Read more: “Pakistan should take measures to ensure that Jadhav is not executed”, ICJ

Pakistan will be closely analyzing a precedent this sets for it to bring the Kashmir-related issues to the ICJ in future.

The point is, the decision to participate in the ICJ hearing in the first instance has been a deliberate one and taken obviously on the basis of careful consideration from the political and diplomatic angle. Pakistan would have weighed that India was making a historic departure from its reticence to seek third-party intervention in India-Pakistan issues and it was important and necessary to establish a precedent. Pakistan will be closely analyzing a precedent this sets for it to bring the Kashmir-related issues to the ICJ in future.

After all, the human rights issue in J&K is of a much, much bigger dimension, considering that there are UN Security Council resolutions on self-determination that are yet to be implemented to which Pakistan also happens to be an affected party. And the prevailing situation in J&K is alarming, too. The UN Secretary-General’s spokesman is on record that the situation is being closely monitored in New York. Significantly, when asked to comment on the ICJ case, US State Department proffered the advice that the Jadhav file is best handled by India and Pakistan through “direct dialogue” and “practical cooperation”.

Both India and Pakistan are swimming in unchartered waters.

The bottom line is that on the one hand, the ICJ ruling brings much relief that Jadhav’s execution is not imminent and it no doubt assuages the Indian public opinion, while on the other hand, the standoff at The Hague exacerbates India-Pakistan tensions and may ultimately put the Pakistani backup. Importantly, Sharif faces a crucial election early next year and cannot afford to look indecisive in August when the ICJ’s final verdict is expected. In the final analysis, ICJ verdicts are not enforceable, either.

Taking all factors into consideration, therefore, there is every reason to avoid any triumphalism from the Indian side over the ICJ ruling. To my mind, the Jadhav case is best handled at the political level. The opportunity available on the sidelines of the SCO summit in Astana (June 8-9) must be fully exploited to open a conversation. Conceivably, the ICJ may take its own time to give the final verdict — say, even 2-3 years — and that would give us the respite to negotiate bilaterally to resolve the issue.