Decade after decade Pakistan has managed to fail its young. Education is largely absent in Pakistan, substituted, at best, by mere instruction. As a result, the young are seldom educated, a majority are simply indoctrinated. 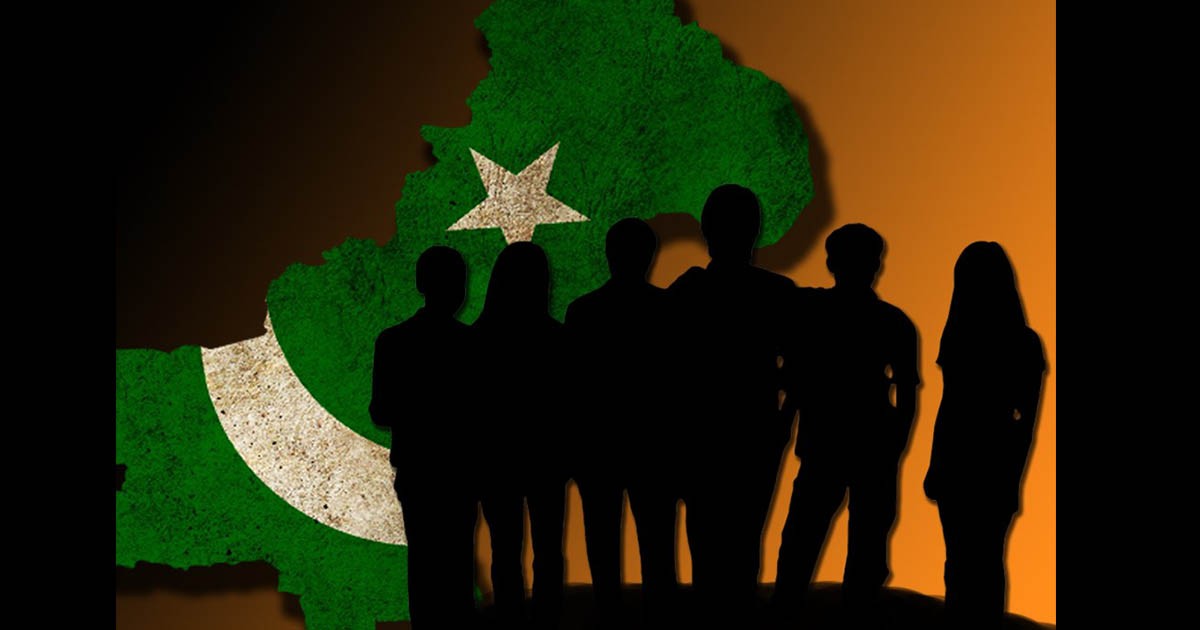 As these words are being written, scores of well-meaning but largely self-deluded political hocks are being wrongfully arrested and carted off to face Pakistan’s pliable judicial system at the behest of an arbitrary interpretation of national interest. This is a political drama that is oft repeated on Pakistan’s streets and, sadly, will be repeatedly many times for the foreseeable future. Pakistan is plentiful when it comes to delusional self-righteousness of the young and bountiful in state-led unthinking cleverness.

In essence, every stream, whether right, left, religious or militarist, has become a cult of meaningless indoctrination and an indoctrinated youth is a blunt weapon, yielded to the content and advantage of the unscrupulous elite

In the short span of a year, Pakistan’s political right, left, religious and militarist politicians managed to bring a considerable majority of its youth out on the streets. While many sing praises of this ‘achievement’ by their chose political stream, the bitter reality behind this is being ignored, as usual. Street protests have never been out of vogue in Pakistan. Like so much in Pakistan, this aspect of its political culture has remained frozen in time. The country founded on the back of popular agitation entwined with shifting political manoeuvring has stubbornly retained this sad tradition.

Pakistan’s right has little to do with traditional conservatism, left wing politics is devoid of egalitarianism and the pre-eminence of rights, religious politics is basically a cold substitute for dictatorial bigotry masked in divine decree and the military-backed politicians hold little regard for martial traditions or the preponderance of military structures. That said, there is a huge constituency for them all among Pakistan’s youth. This has led to an environment peculiar to most post-colonial countries where the academic forms of each torrent continues to draw naïve populist support without any aspiration to inject substance into each stream.

Decade after decade Pakistan has managed to fail its young. Education is largely absent in Pakistan, substituted, at best, by mere instruction. As a result, the young are seldom educated, a majority are simply indoctrinated.  Even the basic capacity to think critically about ideas, events or occurrences thus remains absent from the faculties of the youth. Young people who understand nuance and can conduct comparative analysis remain rare anomalies.

A nation devoid of critical thought produces an excess of drones and Pakistan has managed to popularise this particular attribute to the point of near perfection. In essence, every stream, whether right, left, religious or militarist, has become a cult of meaningless indoctrination and an indoctrinated youth is a blunt weapon, yielded to the content and advantage of the unscrupulous elite, whether at home or residing abroad, irrespective of the labels they decide to give themselves.

A shallow and thoughtless acceptance of epidermal ideas almost always leads to a propensity to follow, rather than veer towards a tendency to carve an independent path, let alone form aspirations of thought-leadership. This is how pawns are manufactured who, with the passing of time, ascend the political ladder to occupy better titles in name, but essentially remain mindless pawns open to manipulation.

Religious bigots can rely on their cult followings despite the despicable adherence to intolerant, racists, misogynist and down-right inhuman interpretation of long irrelevant religious scripture

In a country devoid of any real bottom-up political structures to popularise principles, ideology or methodology, how does a young person stand out in the sea of mediocre cultism? The answer lies in thoughtless criticism and agitation akin to ambulance-chasing every event. Protest, rather than constructive solution finding, has become the knee-jerk response to every issue and being subjected to a state clamp-down is by far the best and most effective badge of achievement to stand out in this game of political drafting.

No matter how idiotic the sloganeering and how ridiculous the claims, if the agitation is vocal enough and able to extract a near inevitable oppressive push-back from the state, the resultant momentary fame is enough to provide the needed tail wind to sail into the middle ranks of the chosen political stream.

Consistency of ideas is an anathema in Pakistan while steadfast agitative fame is an effective path for career progression. Ideology requires adherence to principles and thought processes, opportunism depends on fashionable sloganeering and buzz-words, even if devoid of all substance. This is by far the most discernible facet of Pakistan’s political fabric.

Read more: Empowering Pakistani youth should be our top priority

While within the political bubble of Pakistan these young people remain undifferentiated but when they find themselves outside this environment, during limited stints in Western democracies, socialist societies or authoritarian military regimes, they find themselves exposed to newer renditions of such ideas which they absorb with the deficient emotional and intellectual capacity of a sponge.

An inability to think critically about ideas and traditions, they remain defenceless in the face of crass manipulation and, much like their native environment, become willing cult members to whatever is perceived by them as fashionable in those societies. Some of the articulate among them stay-on to lend their superficial voices to foreign echo-chambers, acting as useful validators while pursuing their unprincipled social climb.

Some return to Pakistan where they become the back-bone of their chosen stream’s ‘civil society’, sprouting absorbed concepts without even the cursory effort to localise ideas and eventually become mindless torch bearers of cultured elitism. Pakistan’s indoctrinated urban population, whether left, right, religious or militarist, is essentially an exemplary case study for Gramsci’s cultural hegemony. They find themselves answering the call of opportunist elite, politicians and military men, with a level of naivety and self-deception that would be hilarious if it wasn’t so disheartening.

Some of the articulate among them stay-on to lend their superficial voices to foreign echo-chambers, acting as useful validators while pursuing their unprincipled social climb

Religious bigots can rely on their cult followings despite the despicable adherence to intolerant, racists, misogynist and down-right inhuman interpretation of long irrelevant religious scripture. Unscrupulous politicians and scions claiming adherence to left-leaning principles can pull the strings of an army of such thoughtless puppets taking pride in being arrested in the name of leftist ideas while their apotheosised leaders trample over even the very basic tenets of egalitarianism for short term political gains.

Politicians asserting their rightist credentials while exercising buccaneering usurpation of public assets can rely on a sea of useful idiots to block streets and bring the normalcy of life to a halt while chanting rhythmic slogans in the praise of their celebrated political idols.

Bonapartist military men crush every attribute of a free society knowing that an entire cadre of young people afflicted with the misplaced love of martial traditions would flood the boulevards of the nation to proclaim their undying love for all things military and the delusional prosperity they claim dictatorships can and have achieved in past decades. Irrespective of the political stream we consider, Pakistan’s youth provides a sizeable bank of moronic drones to provide respective streams their claimed legitimacy.

Political tradesman-ship has always been considered statesmanship in Pakistan. Seventy odd years later, there is little indication that this will change soon. While self-elevated leaders in every political stream serve their ambitions and financial interests with the callous opportunism and malleable political expedience worthy of medieval demagogues, their senseless grunts continue to dutifully answer their calls for political agitation. The question that must be asked is, how long can the population of Pakistan continue to function as political cannon fodder for their self-chosen manipulators.

Saeed Afridi is a former management consultant focusing on the Energy Industry and writes on Energy Security and the Politics of Energy Resources. He is conducting research related to the role of Central Asia’s energy resources in China’s Energy Security at the University of Westminster, UK. The views expressed in this article are the author’s own and do not necessarily reflect Global Village Space’s editorial policy.

Leadership requires: “Ask not what Pakistan can do for you, but what you can do for Pakistan.”

Peace in Afghanistan necessary to defeat ISIS in the region

Playing both sides against the middle: Saudi Arabia engages with Iraqi Shiites