The French tourism industry fears a hit to its booming Chinese business as the coronavirus epidemic hinders travel by some of the world's biggest-spending travellers. 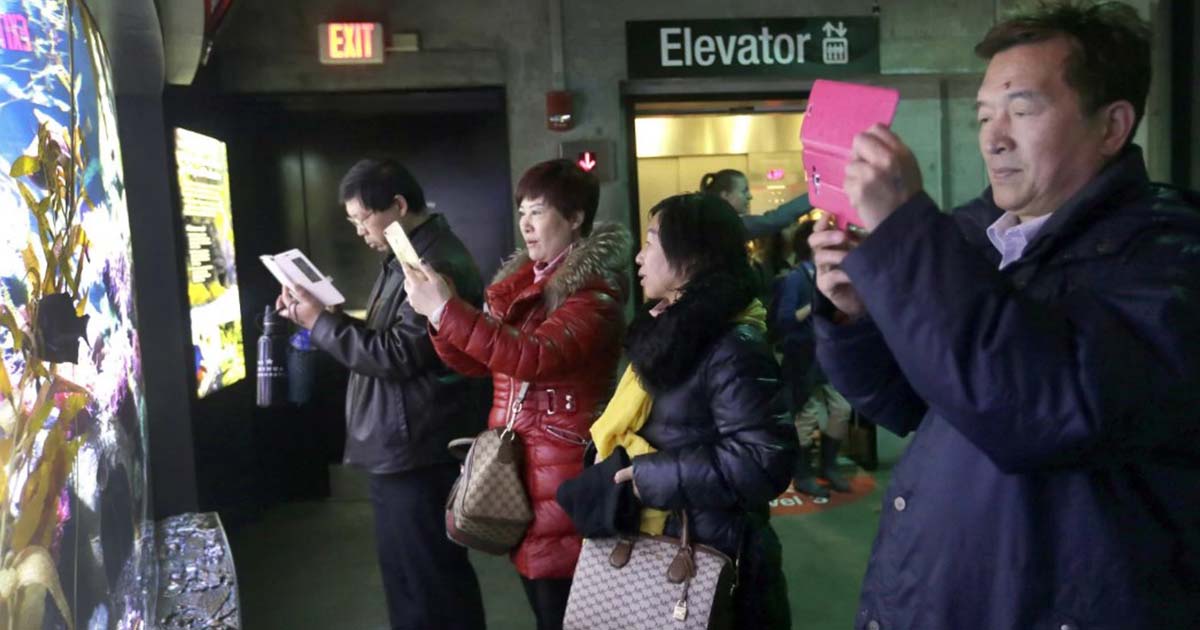 The French tourism industry fears a hit to its booming Chinese business as the coronavirus epidemic hinders travel by some of the world’s biggest-spending travellers.

Airlines began suspending flights to and from China Wednesday as Chinese authorities ramped up efforts to staunch the epidemic that has killed 132 people and infected nearly 6,000.

The containment efforts — including the quarantining of the city at the centre of the epidemic, Wuhan — are being felt as far away as France, which received 2.2 million Chinese visitors in 2018 out of a total of 89 million.

Tour operators and retailers specialising in the Asian market say they are already feeling the coronavirus pinch.

“Our activity has suddenly come to a halt. We’re facing a huge loss of income at a time when the Chinese have their longest holiday of the year, with two weeks to travel,” Pierre Shi, president of ACAV, an association of 50 travel agencies catering specifically to Chinese tourists, told AFP.

With mass cancellations for the first three months of the year, association members are considering putting staff on temporary leave, he said,

“We have already lost a third of our turnover,” he said.

In the Opera district of central Paris where tourists flock to stock up on French handbags, perfumes and cosmetics, buses carrying groups of Chinese shoppers, many wearing face masks, were still pulling up on Wednesday.

But there was no sign of the throngs of Chinese patrons usually seen during the Chinese New Year holiday.

“Normally at this time of year the store would be packed but it’s quiet,” Nemo, a saleswoman at one of the many duty-free shops that cater to Asian clients, told AFP ruefully.

While lagging far behind Europeans and Americans in terms of visitor numbers, Chinese tourists in France are outsize spenders, accounting for seven percent of tourist revenue.

Their custom helped cushion the luxury sector over the past year of street protests against President Emmanuel Macron’s policies, during which Paris shops and hotels frequently had to board up their windows.

But that spending is now in jeopardy.

France’s Franchina group, which welcomes 5,000-6,000 well-heeled Chinese visitors a year, many of them staying at five-star hotels such as the Shangri-La in Paris, said its business has taken a hit.

“On Wednesday, we were supposed to receive a delegation of six doctors but they cancelled,” Franchina’s founder Jean-François Zhou told AFP.

“In China, all the doctors are on standby to act as backup for colleagues sent to the frontline (of the epidemic) in Wuhan,” he said.

Zhou said he remained optimistic the epidemic would be brought under control “within two to four months”.

In the meantime he is readying special offers to help business get back off the ground when travel resumes as normal.

The Galeries Lafayette and Printemps department stores refused to comment on the impact of the virus on their business, as did the Shangri-La, Mandarin Oriental and several other hotels popular with wealthy Chinese customers.

But the MKG Group, a French consultancy specialising in tourism, said the fallout of the epidemic on the wider market appeared “marginal” so far.

At any rate, he said, health crises such as the coronavirus do not tend to last long and “don’t impact the underlying trends”.

Previous articleMcDonald’s Shuts down its branches in virus-hit Chinese province
Next articleGreta Thunberg patents her own name: money making move?