Pay your debt to the UN! China calls US the largest debtor

We had Sir Winston Churchill in 1945 who warned about the Cold War in his "iron curtain" speech. In 2020, we have no one to warn the world that the two great powers are on the course for another cold war. 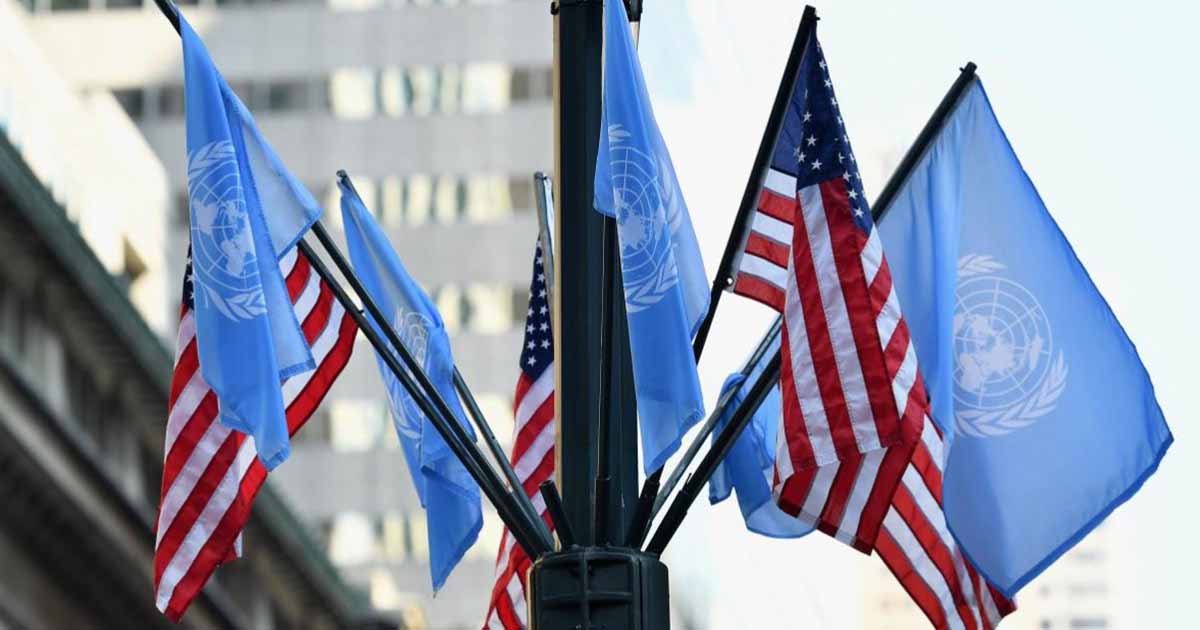 China on Friday issued a statement calling on all UN member states to “actively fulfill their financial obligations to the United Nations,” stressing that Washington owes the organization more than $2 billion.

“As of May 14, the total unpaid assessments under the UN regular budget and peacekeeping budget amount to 1.63 billion and 2.14 billion US dollars respectively,” the Chinese statement said, citing a report from the UN Secretary-General’s office and a meeting held on Thursday.

Including arrears that stretch back several years, “the United States is the largest debtor, owing 1.165 billion and 1.332 billion US dollars respectively,” China added.

The US is the biggest contributor to the UN budget, paying 22 percent of its annual running costs, a bill which adds up to around $3 billion; and 25 percent of its peacekeeping operations, which amount to some $6 billion a year.

Officially, Washington is meant to pay 27.89 percent of the peacekeeping budget, but a decision made by Congress and implemented by President Donald Trump in 2017 cut that payment to 25 percent, meaning Washington runs up an annual shortfall of $200 million.

The United States also has a fiscal year that runs from October to October, which can make it look like an even bigger debtor at certain times of the year.

The US mission to the UN dismissed the call, saying China is “eager to distract attention from its cover-up and mismanagement of the COVID-19 crisis, and this is yet another example.”

It continued: “The United States recently made a payment of $726 million toward its peacekeeping assessment, and per practice will pay the bulk of its assessment at the end of the calendar year.”

It said the total peacekeeping arrears was $888 million, adding: “Roughly two-thirds of this amount is the result of payment at the rate of 25 percent from 2017 through the present.”

The payment of contributions by member countries for peacekeeping operations has a direct impact on the reimbursements the UN pays to countries that contribute troops to the 15 or so missions around the world.

In a report on May 11, Secretary-General Antonio Guterres warned that “there may be significant delays towards the middle of the year, unless the cash position across missions improves significantly.”

On Thursday, around 50 of the 193 member states, including China, paid their contributions in full, which Beijing — the second largest contributor, far behind the United States — noted in its statement.

Read more: US economy will come roaring back even amid coronavirus: US Treasury Secretary

China kick-starts 6G technology as US targets its telecom giants