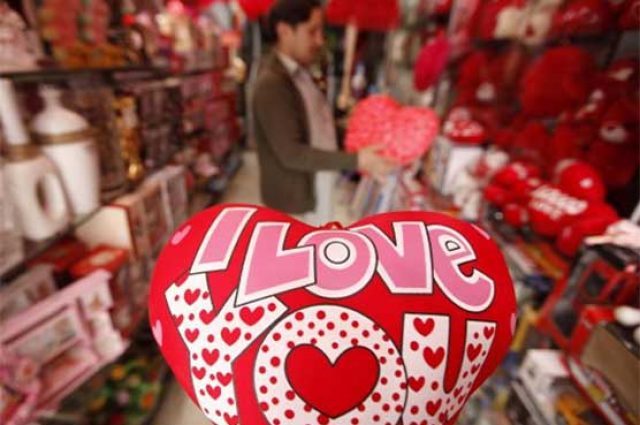 Pakistan Electronic Media Regulatory Authority has called all TV and radio channels to avoid promoting Valentine’s Day in a reminder notice issued on the orders of Islamabad High Court.

The notice has directed all mediums of communication to not to air any activity or celebrations pertaining to Valentine’s Day. IHC ordered the promulgation of the ban in 2016. Since two years, PEMRA is actively implying the orders of the High Court.

The directives issued in the Court orders have pressed PEMRA to ensure their duty and monitor the activities of all the channels.

“In the meanwhile, respondents are directed to ensure that nothing about the celebrations of Valentine’s Day and its promotion is spread on the Electronic and Print Media. No event shall be held at official level and at any public place,” the media regulator referred to the IHC order in its notification.

PEMRA has assured the court that their above-mentioned orders are ‘still in the field’. “Therefore, all the broadcast media and distribution services licensees are advised to desist from promoting Valentine’s Day through their respective channels/networks,” it said.

The order came after the petition was filed that requested the court to ban the celebration of the day since it does not hold any relevance in Islam.

Similar sentiments against Valentine’s Day are found in Indonesia, Saudi Arabia and India as well. The former two have cited religious issues, terming it in an offense to celebrate the day.

In India, many extremist Hindu groups have risen up with their demand to ban the day since they too believe the day does not resonate with their traditions.

People in Pakistan have expressed their mixed views on the ban. Many have appreciated the ban while opposing group believes there is no harm in celebrating the day that speaks of spreading love in society.

What a great step by Pemra.. Ban on Valentines Day Coverage / Promotions

#Welldone_PEMRA
Its good to ban on #Valentines_Day transmission and promotions as well
Thumbs Up !!! pic.twitter.com/fj8IHJNAgA

Why did PML-Q not attend dinner hosted by PM Imran Khan?