Addressing the press in Islamabad, Dr. Firdous Ashiq Awan noted that Maryam Nawaz Sharif is a convict out on bail, and as per the regulations of PEMRA, a convict cannot be allowed airtime. Regaling the corruption escapades of the former rulers, she noted that PIA has inflicted Rs954 million worth of losses due to special flights and gross misuse. 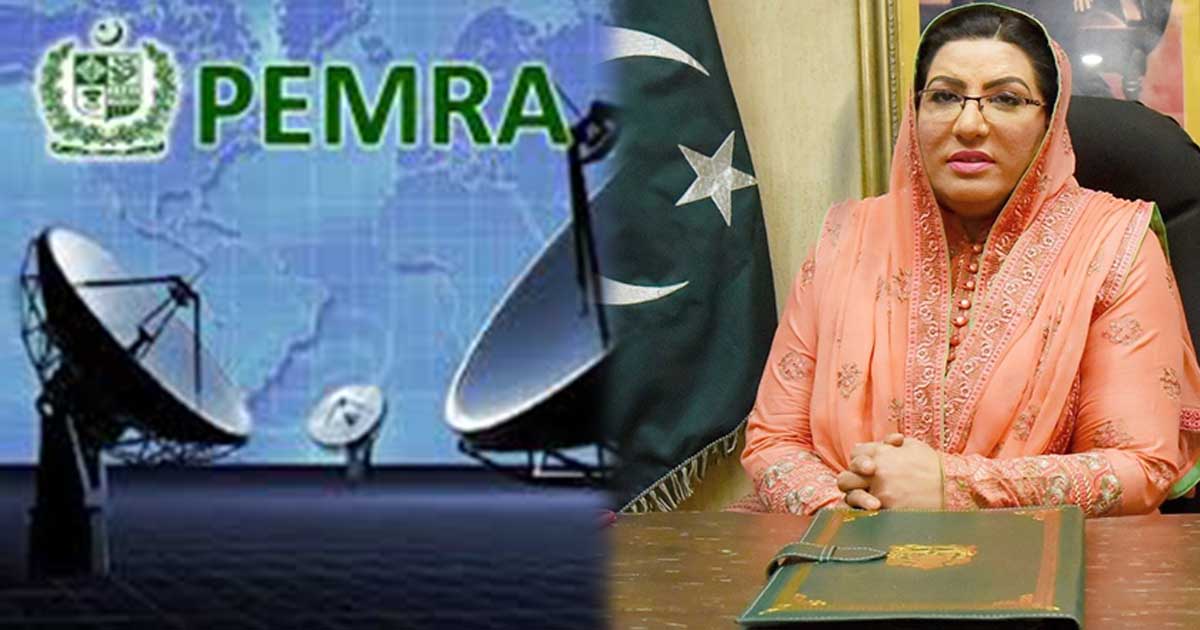 Dr. Firdous Ashiq Awan, Special Adviser to the Prime Minister on Information, noted that the rules of the Pakistan Electronic Media Regulatory Authority (PEMRA) do not allow media coverage for convicted individuals.

In the aftermath of the video-gate scandal, PML-N’s bid to undermine the accountability court judge Arshad Malik and the NAB process that landed former Prime Minister Nawaz Sharif in Kot Lakhpat Jail, Maryam Nawaz has been denied sufficient time on mainstream news channels and television platforms.

Addressing the press in Islamabad, Dr. Firdous Ashiq Awan responded to a question on denying media coverage to Maryam Nawaz, PML-N Vice President, amongst other opposition leaders. Dr. Awan noted, “The government is not associated with the media blackout on Maryam Nawaz. As per the rules of PEMRA, Maryam Nawaz cannot be given airtime because she is convicted, and presently, out on bail.”

Opposition Should Face the Courts

Dr. Firdous Ashiq Awan stressed that Prime Minister Imran Khan does not have a personal vendetta against the opposition leaders, he merely wants to recover the plundered wealth and reimburse the national exchequer of all the money looted from the Pakistani taxpayers.

She stressed that if opposition leaders wish to establish the transparency of their moral conduct, and be relieved of the corruption allegations, they must face the accountability courts and return the plundered wealth. The PTI-led government will cooperate with them as long as they are willing to reimburse the stolen wealth.

Noting the opposition’s bid to create chaos with countrywide street protests of 25th July, the day Pakistan Tehreek-i-Insaf won the election in 2018, Dr. Firdous noted that the plan “flopped” as the nation rejected all negative propaganda against their elected Prime Minister.

She said, “The nation disassociated itself from the opposition’s protest on 25th July as it did not have any connection with the problems of the people.” Dr. Firdous added that people have rejected the false and baseless rhetoric of the opposition, and their agenda of hostility towards the Prime Minister and his government is visible to all.

Dr. Firdous stressed that Prime Minister Imran Khan is dedicated to restore a positive image of Pakistan in the international community, and the success of his US visit rings loud in the ears of the opposition leaders.

The Special Adviser to Prime Minister on Information noted that Pakistan requires political and economic stability to attract foreign investment. The nation is drowned in debt, and needs time to recover. She said, “We have a mission to eradicate poverty and unemployment from Pakistan.”

Dr. Firdous stressed that the accountability process is the need of the Pakistani nation, and the opposition leaders must face the courts to answer for the corruption and misuse of public infrastructure.

Dr. Firdous noted that the opposition leaders have a democratic right to protest, however, they do not have the right to create anarchy and challenges in the path of development. She added that the Pakistani nation used its right to decide the future of a corrupt government, after their tenure came to an end and their performance was evaluated.

Special Assistant to Prime Minister on Information, Dr. Firdous noted that during the years 2008-2018, the PPP and PML-N had grossly misused the national carrier, Pakistan International Airlines, abusing it like a “Chingchi rickshaw.”

Dr. Firdous said, “They turned the national carrier into a personal carrier, and it was used to perform personal chores for the former premiers and their extended families.” She explained that the PIA jets were used to transport the families of the former rulers, alongside their maids, and running menial chores, causing millions worth of losses to the national exchequer.

She informed that the PIA flights were re-routed to Sukkur around 21 times, causing grave losses to the PIA accounts, and being one of the principal causes in its devastation. Dr. Awan noted that the Pakistani taxpayer-paid Rs270 million for the expenses of former President Mamnoon Hussain alone.

She added that Rs1.06 billion was spent on fifty special flights arranged for the former rulers and their families, and due to this gross misuse, the national carrier suffered a staggering loss of Rs954 million. She further added that PIA had to pay Rs280 million at an airport in London while former Prime Minister Nawaz Sharif enjoyed medical treatment at a hospital.

During this period, Dr. Firdous also noted that inductions to the PIA were on the basis of discrimination and favoritism, and the per plane crew ratio rose to 500, as opposed to the standard ratio of 200. She added that hundreds of people were handed out jobs in the PIA based on their political affiliation, and one union of the PIA held 33 offices in possession.

Read more: PM Khan’s success in the US made Opposition sleepless: Dr Firdous

Dr. Firdous stressed that the accountability process is the need of the Pakistani nation, and the opposition leaders must face the courts to answer for the corruption and misuse of public infrastructure, and billions of losses to the national exchequer.

Charismatic PM Khan: makes it to most search personalities in India

Who did it better: Maryam Nawaz or Aseefa Bhutto-Zardari?