Pervez Musharraf cries of ‘Personal Vendetta’ at work in his case

Was Musharraf really denied the right to record his statement or he was certain to make the outcome of the verdict as controversial as possible? 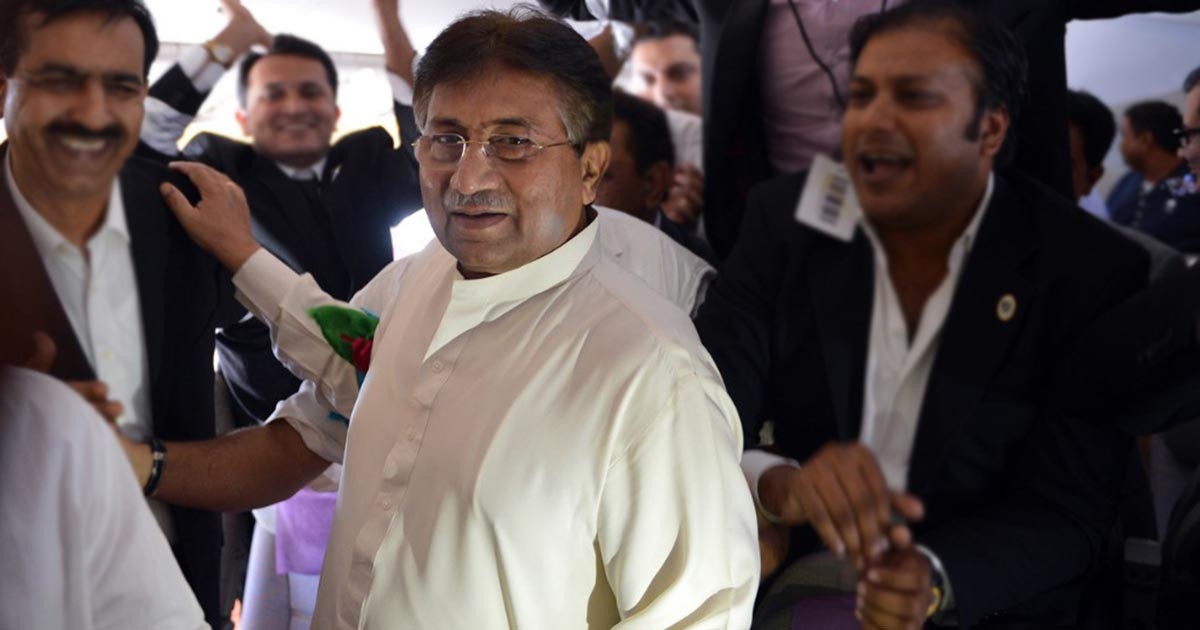 Former president General (retd) Pervez Musharraf termed the special court’s verdict dubious, saying that no precedent can be found for such a decision where neither the accused nor his lawyer were given the fundamental right to defend the case. As analysts told GVS, the decision has become controversial despite the fact that Musharraf was given six opportunities to defend his positon during 125 hearings of the case.

Pervez Musharraf expressed that he was targeted by officials who hold high positions. He went on to say that the case was heard because of some personal outrage while those judges who benefitted in his tenure are misusing their position against him. “The choice of events according to their intentions shows what these people want,” he asserted, adding that he is grateful to the army and the public for remembering his services.

Read more:Was Pervez Musharraf given the right of self-defense?

Due legal process not follows, ISPR

The Pakistan Army said on Tuesday that the “due legal process” was not followed in the high treason case against its former chief Pervez Musharraf. Retired army officers have also strongly reacted to the development and demanded free and fair legal process in the said case.

In a statement, the military’s media wing said that the army received the decision of the special court handing Musharraf a death sentence under Article 6 of the Constitution “with lot of pain and anguish”. “An ex-Army Chief, Chairman Joint Chief of Staff Committee and President of Pakistan, who has served the country for over 40 years, fought wars for the defense of the country can surely never be a traitor,” the ISPR statement said.

A special court — that was formed to hear the case against the former military dictator — indicted Gen Musharraf for high treason in March 2014. The prosecution laid its evidence by September same year. Musharraf was repeatedly asked by former CJP Saqib Nisar to come to Pakistan and defend his actions. Musharraf demanded an assurance that he will not be arrested, the CJP accepted the request, and said “let Musharraf return to Pakistan, no one will arrest him,” on October 11, 2018.

Chief Justice of Pakistan Asif Saeed Khosa on March 7, 2019 said that the statement of former president Pervez Musharraf — who is facing a treason case — can be recorded through a video link under Section 342 of the Code of Criminal Procedure if the retired army chief refuses to return to Pakistan. Musharraf did not agree.

The world shall remain the same

GVS contacted G-M Pitafi, academic and Political commentator, in April this year, for his comment on Musharraf’s case. “I have always maintained that the former dictator shall not come back. He left the country not to return and face the courts. Musharraf knows his position is very weak and the courts are comparatively independent now, therefore, he would never commit a mistake of surrendering before the present government,” he said.

When asked what will happen if Musharraf does not come back, Mr. Pitafi said “nothing is going to happen. The world shall remain the same. The court may give a verdict against Musharraf which shall always remain controversial since the former dictator’s followers would have some excuses to politically challenge and disregard the decision given in the absence of their leader”.