PIA flight from Kabul to Islamabad barred from beginning its journey

The PIA flight departing from Kabul for Islamabad has been barred from beginning its journey, as the Kabul airport authorities have denied the Pakistani aircraft from accessing the larger runway, which is being used by other foreign airlines without any impediments. 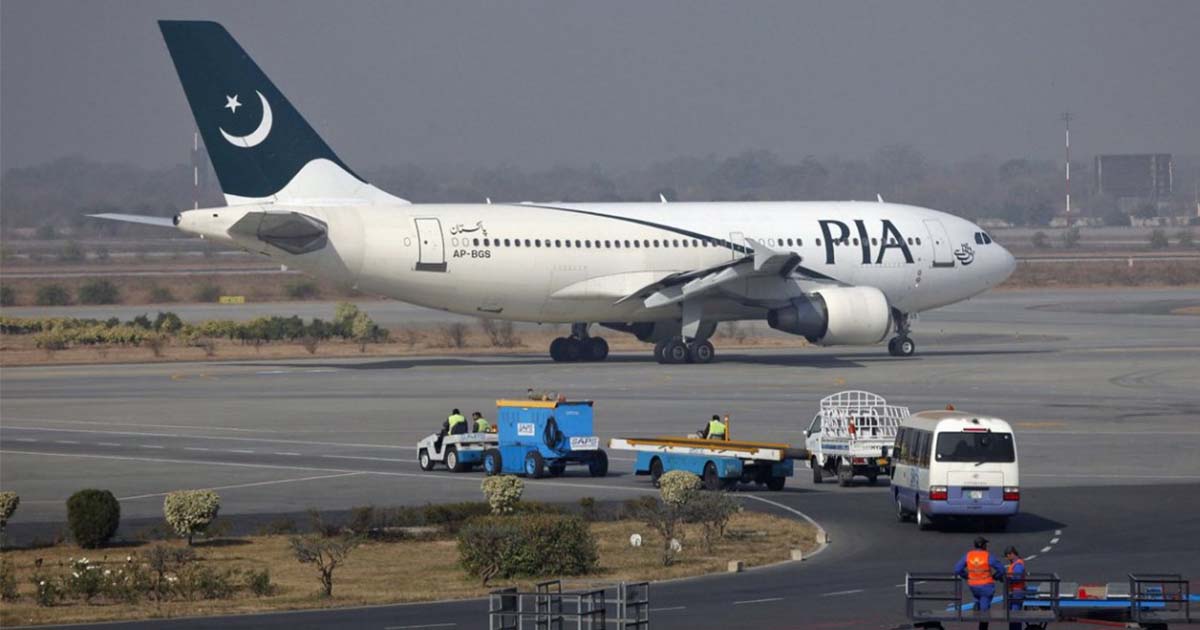 The Pakistan International Airlines (PIA) flight from Kabul to Islamabad was stopped, on Monday, from using the runway and flying back to the federal capital.

Sources reveal that this, rather alarming, development emerged at mid-afternoon when the PIA flight taking off from Kabul for Islamabad was barred from leaving the airport and beginning its journey.

In a rather unusual turn of events, the flight departing from the Kabul International Airport for Islamabad has been detained and is not being granted permission to begin its journey.

Passengers who boarded the plane are now stranded inside the plane, unable to leave the aircraft or begin their journey towards Islamabad. Sources reveal that the PIA pilots and crew are not being allowed to fly, and are presently awaiting clearance from the Kabul authorities.

Sources reveal that other foreign aircrafts at the Kabul International Airport are facing no such hindrances and are continuing their flight operations as usual. The sources added that the PIA flight has been barred from using the runway, and has been instructed to use a significantly smaller runway, which will disrupt flight operations.

Media reports reveal that the PIA pilot and crew have been instructed to use a smaller runway as the Kabul airport authorities claim that the larger and usual runway route is under construction. However, as seen in the footage circulating on media, other airlines, including the Dubai-based Emirates, is using the same runway without facing any impediments.

This rather bizarre incident has shocked Pakistanis across the country, while 162 passengers are now confined to the aircraft, and are growing weary of the unnecessary delays in their departure.

The passengers faced serious trouble for being stranded inside a Pakistan International Airlines (#PIA) plane with 162 people on board by Afghan officials at Kabul airport.#ARYNews

The PIA crew has requested the Kabul airport authorities to allow the passengers to leave the aircraft until the situation is resolved, however, this permission has also been denied.

Tensions between Kabul and Islamabad have been running high in the past few months, in the wake of border attacks on the armed forces by perpetrators from the Afghan side of the Line of Control.

Read more: No one more desperate for peace in Afghanistan than Pakistan, says Nasim Zehra

Earlier in November, Pakistan shut down its consular office in Kabul for an indefinite period, citing security reasons after multiple staff members had been harassed by unknown assailants.

In October, tensions soared after a cross-border attack along the Line of Control bordering the eastern Afghan province of Kunar, as Afghan soldiers began “unprovoked mortar and heavy weapon firing”, which left six Pakistani troops wounded.

Let’s think of ending Afghan war, not winning it: Ghani