There is little hope if the government and courts shall be able to ensure the rule of law in a matter where crimes against humanity have been committed by the select legal fraternity. Given its past record, the Punjab government is likely to suppress the issue under the carpet with the passage of time. 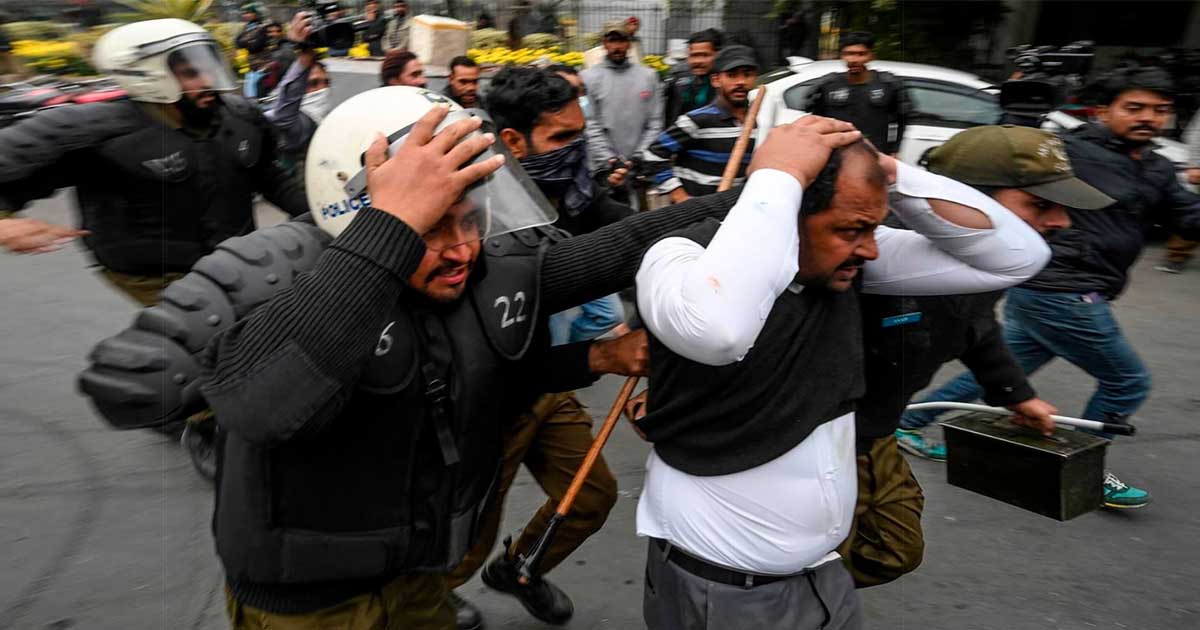 Punjab Law Minister Raja Basharat on Sunday has finalized his recommendations regarding the clash between lawyers and doctors at the Pakistan Institute of Cardiology (PIC). Reliable sources told GVS that the head of the investigation committee will present the report on the administration’s negligence to Chief Minister of Punjab (CM) Sardar Usman Buzdar on Monday [today].

But the sources also claim that the government does not seem to be serious to bring the lawyers before the due process. Since some senior government ministers have just refused to accept that the state failed to protect a hospital.

During the first session after the mishap, Raja Basharat expressed resentment over police officers for not planning to stop the lawyers from disturbing law and order situation in the metropolis. He has also reprimanded the participants over inappropriate management in high-level sessions chaired by Punjab CM.

Sources told that a separate inquiry into the police’s ineffective performance is also likely to be launched.

Lawyers stood by those who attacked PIC

A large number of lawyers staged a protest in front of Lahore’s PIC last Wednesday. Things transformed from bad to worse when some ‘unruly’ young lawyers decided to attack the PIC and thrash doctors and paramedical staff. Patients were left alone as their attendants were forced to leave the building to save their lives. The entire episode—marked by terror and violence—took the lives of three patients who were already in critical condition irking Punjab CM.

It is worth noting that on April 25, a local lawyer attacked Senior Civil Judge Khalid Mehmood in Jaranwala, an underdeveloped Tehsil of Faisalabad, with a chair and injured him gravely. On April 8, lawyers thrashed a warden and an assistant warden for trying to issue them a challan over the violation of traffic rules on Jail Road in Lahore.

Read More: Horror at PIC: Why it happened?

On August 21, 2017, angry lawyers broke down the main entrance gate of the court and went to Mall Road forming a protest demonstration after a five-member bench of the Lahore High Court (LHC) ordered to arrest Sher Zaman Qureshi, President High Court Bar Multan, in contempt of court case.

Analysts believe that judges and lawyers have the same substantive social responsibility within the field of law that is to let the legal discourse evolve and help it become supportive to achieve latent and manifest societal goals. The only difference which exists between a lawyer and a judge is procedural which is manifested while performing their assigned roles towards the same ends.

Doctors in Rawalpindi’s allied hospitals continue their protest against the clash between the doctors and lawyers at the Pakistan Institute of Cardiology (PIC) in Lahore last weekhttps://t.co/13tLYRYwo5— The Express Tribune (@etribune) December 16, 2019

Punjab Bar Council (PBC) Vice Chairman Shahnawaz Ismail said that the lawyers’ attack at a Lahore hospital was their reaction to a video that went viral the previous day.

Ismail said that a couple of days ago, the doctors and hospital staff at the PIC beat up a lawyer who had brought his mother to the hospital for treatment.

He said that the health of the lawyer’s mother deteriorated as a result of doctors’ negligence. “When we filed a case against those responsible, police didn’t arrest anyone,” he said.”This is only a reaction to the video that went viral yesterday and doctors are responsible for the clash that took place.”

Many other senior lawyers also defended the rouge lawyers.

Weakest moments in Raza Rabbani Sb's long political career! How can any thing justify, even a murder by a doctor or Nurse, attack on a hospital? Forget about a stupid satirical video made as "pun" against some lawyers? What's happening to your logic, Senator? https://t.co/yjG4qbVAvZ

Dr. Moeed Pirzada wrote that “logic and rationality have suffered so badly in Pakistan’s legal profession and politics that many senior lawyers and at least some key politicians have tried making the case in full public view (on TV and parliament) that attacking lawyers are not wholly responsible since they were provoked by the video”.

When Mughal princesses were being raped in Red Fort by Rohillas they were not expecting help from Mughal Qazis but were praying for soldiers of Maratha General, Mahadji Scindia to arrive and save their honor. What it means? Read & Discuss! https://t.co/kBO67tXNqF via @@GVS_News— Moeed Pirzada (@MoeedNj) December 14, 2019

He explained that “their pretext was a satirical video made against their key leaders by a certain Dr. Irfan of PIC Hospital. In this video, this young doctor, looking like a joker, standing on a bench, and surrounded by doctors and nurses, was making fun of the lawyers who according to him had gone from post to pillar but could not register an Anti-Terror FIR against him and his colleagues (that incident also related to an earlier scuffle inside the hospital)”.

Dr. Pirzada further noted that “it’s even more disappointing for a Muslim nation whose governing philosophy, Islam, effectively differentiates between both Equality and Equity. It’s the concept of “Equity” that is more or less defined as “proportionate” in modern western law. Islam was clear about “Equity” 1500 years ago.

Hospitals are not attacked even in wars. When such attacks rarely happened (accidental aerial strikes) they were almost always accepted as blunders and attackers apologized. Actions of lawyers in Lahore are thus unprecedented, but the way things are on ground it looks likely that they will remain unpunished and courts will not be able to act decisively to set a deterrent”.

While commenting on the legal debates in Pakistan. “In Pakistan law is mostly debated as sections and sub-sections of statutory law or articles of the constitution. Smartness lies in giving new meaning to these sections and sub-sections or reinterpreting past judgments. A country of 220 million does not have proper law colleges and practitioners of law are hired as faculty for the outfits that function as law colleges,” he wrote.

He concluded saying “courts thus function as brains, as highest forums of logical and rational decision making of a realm – but of a realm. They don’t and cannot exist on their own. And let’s not forget, courts fall when a sovereign falls due to defeat, destabilization or anarchy. When Mughal Emperor Shah Alam was being kicked by goons of Ghulam Qadir Rohilla, no Qazi courts could function to give relief to the public or the realm”.

Read More: Violence in the Courts: How can the Academy be helpful?

Experts believe that “senior lawyers in the country mainly Punjab need to focus on reforming their formal and informal organizations so that goons who have no respect for law and the judge must not become a part of the legal fraternity. For a more practical solution, I would urge professors at law schools to re-evaluate their courses and overall environment which should ideally produce individuals with an intention to eliminate injustice from the society and replace it with the rule of law, not become dignified criminals.

A law student particularly one who is studying in a public sector university needs more attention in the present context so that a sense of social responsibility may be inculcated in his/her mind”.