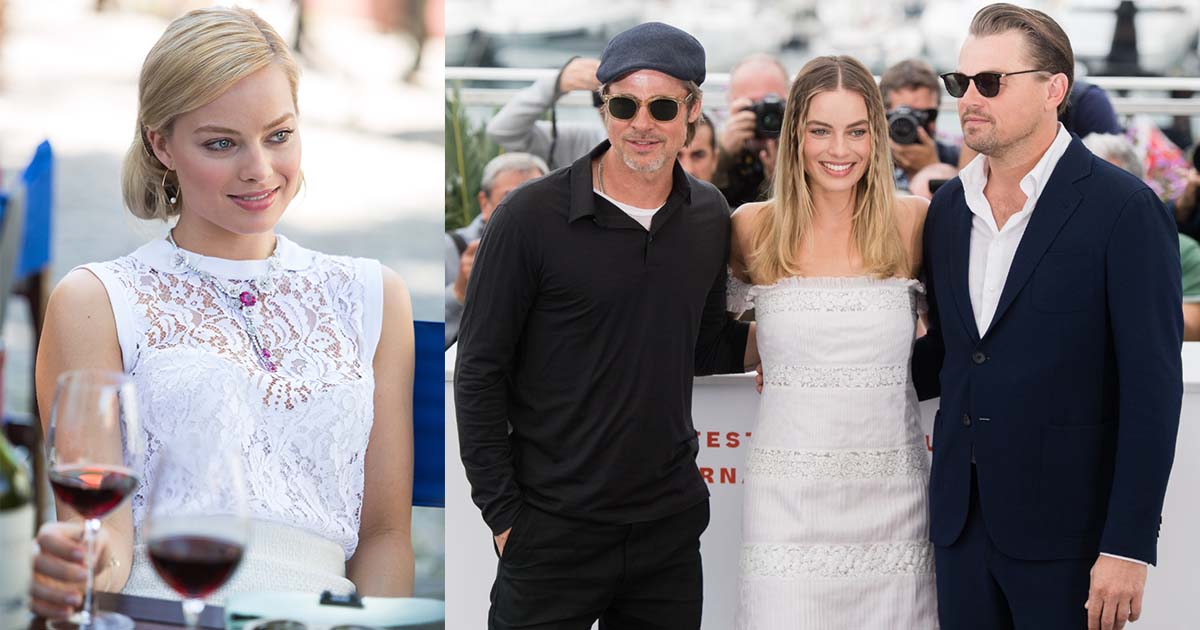 Once upon a time, not too far from Hollywood, two of the world’s biggest movie stars were talking about what it’s like to screw up on set. “Messing up the lines in front of the entire cast and crew?” Leonardo DiCaprio said. “It’s going to school in your underwear nightmare.”

“It’s awful,” Brad Pitt chimed in. “When a scene’s not working. When YOU’RE not working in a scene…It goes beyond not being able to get the lines. You have 100 people there who are all ready to get on with their day and get home.”

DiCaprio hasn’t exactly had to resort to dunking his head in ice water after a too-late and too-fun night out, as his actor character does in ”Once Upon a Time … in Hollywood .” But Pitt? “Oh I’ve done that,” he laughed.

The two actors, who skyrocketed to fame around the same time more than a quarter-century ago, have joined forces for the first time in a major motion picture to take on their own industry, their own town and even their own egos in a time of great change — 1969 Hollywood. Out nationwide Friday, it’s also reunited them with Quentin Tarantino.

Once known only as “Tarantino’s Manson Movie,” the actual film is something very different. Manson is a character, as are his most notorious followers. And of course, Sharon Tate is depicted too and played by Margot Robbie. But as with most Tarantino movies, it’s not exactly what you think.

The best of what 1969 had to offer you kind of experience through Sharon,” Robbie said. Like going to the Playboy Mansion with Mama Cass and go-go dancing the night away. Or rolling up to a movie theater to check out your latest matinee and getting a free ticket because you’re on the poster.

“She kind of represented the arms open, doors open sort of policy,” she added. “After 1969 and after her death, things kind of changed in Hollywood and people closed their doors and shut the gates.” The light and the dark of the imminent end of the ‘60s is the backdrop to what is otherwise a classic star-driven two-hander.

“Once Upon a Time…” is awash in nostalgia, showbiz lore (and cameos), wistfulness and Tarantino-wit that allows DiCaprio, as a past his prime television cowboy in a moment of crippling self-doubt, and Pitt, as his devoted stuntman, to do what they do best: Charm.

“I don’t think you can completely act that kind of dynamic,” Pitt said. The change happening in Hollywood around 1969 led to many on-set discussions of what was going on at the time with the new batch of filmmakers upending the establishment and leaving room for the Coppolas and the Scorseses to break in.

“The ‘take and wait’,” Pitt said. “Like, we’ll get the take but we’re getting through this story.” Tarantino does that often. It also made them all reflect on their own industry at the moment, where streaming is disrupting the old ways but once again ushering in new voices. As producers, Pitt, DiCaprio and Robbie all find it exciting.

“What’s incredible is this wealth of talent from writers to directors to actors that are getting opportunities now. It’s quite extraordinary,” Pitt said. “You see that we’re not so special.”

DiCaprio is even a little jealous to see some “out of the box ideas” and “really ballsy storytelling” that he tried and failed to get made just a decade ago now not only being financed but made at a high quality too. “There’s so many more opportunities,” Robbie added. “I’m very grateful to be playing roles in this day and age than perhaps when Sharon was.”

But it’s not lost on them that they all happen to be promoting a “a big-budget art piece like this,” as DiCaprio called it, from one of the major studios whose future is going to depend on people actually going to see films like “Once Upon a Time…” in a movie theater.

“Hopefully it becomes like a concert experience,” DiCaprio said. “People want to get together on a Friday night and feel the energy of the crowd and the excitement of a movie coming out that they’ve been anticipating rather than the isolation of being home. Hopefully that’s not lost in the sauce, because that’s half the fun of it, right?”

“Once Upon a Time…” is Tarantino’s ninth film, and, according to him, his second to last. Pitt and DiCaprio believe him too. “I always imagined it as his little box set that he wants to just hang up on the wall and that’s it,” DiCaprio said. “That completes the Tarantino, you know, cinematic experience.” “The Tarantino 10,” Pitt added.

As with many button-pushing Tarantino projects, “Once Upon a Time…” has been at the center of a few heated public discussions, including the morality of making a movie about Tate and Manson, and the casting of Emile Hirsch, who in 2015 pleaded guilty to assaulting a female studio executive at Sundance.

Then there was that tense moment at the Cannes Film Festival press conference where a reporter asked why Robbie’s character has so few lines and Tarantino curtly responded that he rejected the hypothesis. Tarantino declined to be interviewed for this article. But his response touched a nerve culturally.

It’s clear his actors are in awe of him and what he brings to their art form. It’s the kind of admiration that can result in two true movie stars talking like fans. “You know he’s got a four-hour cut of this?” Pitt said excitedly. Yeah,” DiCaprio responded. “I’m still waiting to see the four-hour cut of ‘Django.’”

Previous articleWhat are electronic tongues and how can they diagnose bladder cancer?
Next articleWhat is at stake in the Strait of Hormuz?

22 June 2021
Previous articleWhat are electronic tongues and how can they diagnose bladder cancer?
Next articleWhat is at stake in the Strait of Hormuz?